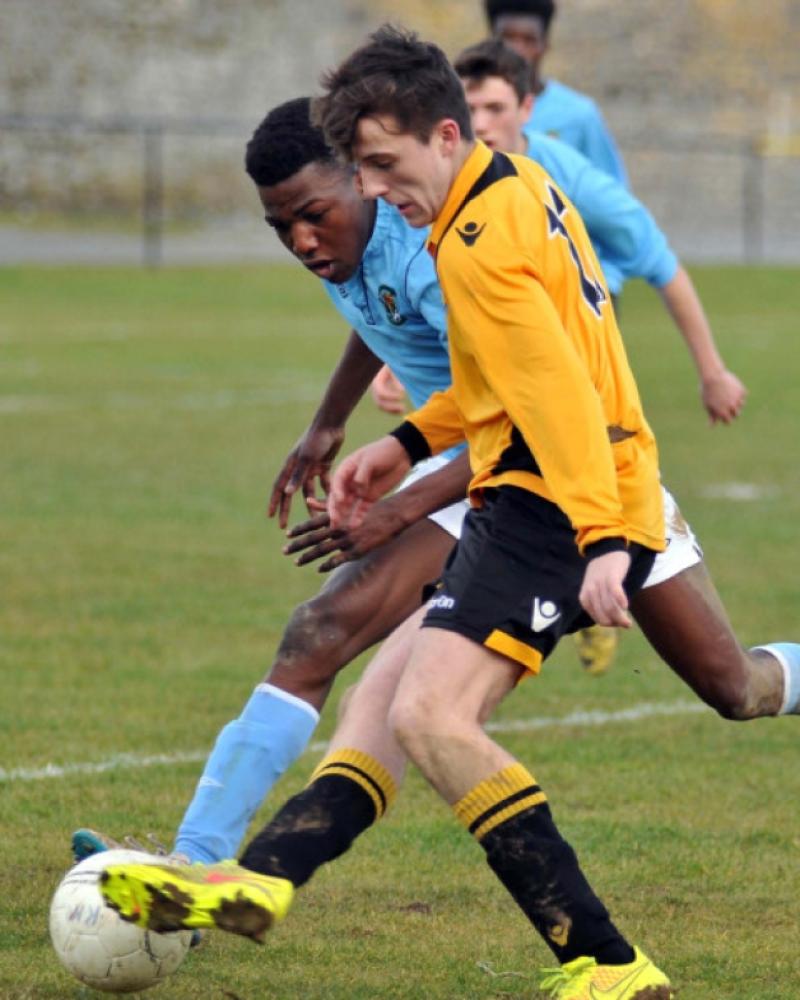 Patience has paid off for one Kilkenny & District League team, who now have an All-Ireland semi-final to look forward to.

Patience has paid off for one Kilkenny & District League team, who now have an All-Ireland semi-final to look forward to.

They had to play the waiting game, but Ronnie Grace’s under-15s have been rewarded with a final four meeting with Longford. The Cats earned the spot, and the tag of Leinster champions, when the Midlands League lost 0-1 away to Wexford on Sunday.

“We’re delighted to be in the semi-final,” a happy Grace told the ’People. “It would have been hard to take had we gone through the group unbeaten and not qualified for the All-Ireland series, but the lads have earned their reward.”

Kilkenny went top of the provincial table thanks to a 7-2 win in Wicklow a fortnight ago, but knew that a win for the Midlands in their final game away to Wexford would see the Cats finish second.

A draw would also have been enough to see the Midlands qualify on goal difference, but they were left shocked when a strong Wexford performance saw the home side take all three points.

Kilkenny’s reward is an All-Ireland semi-final away to Longford on the weekend of May 9 and 10. The winners of that game will then face either Cork or the Inishowen League in the All-Ireland final.

“These lads have worked hard to get this far,” said Grace. “They have been exceptional in training and have worked hard all season long. We beat Longford on our way to winning the Trophy competition at the Kennedy Cup last year, so hopefully we can get a similar result this time.”

Stoneyford United maintain their great finish to the season with not one but two good results in the Division One Cup. On Friday night they showed incredible powers of recovery, coming from 1-3 down to beat Thomastown United B 4-3 then, on Sunday, they beat Fort Rangers 3-1 to seal their place in the final.

Stoneyford will play Clover United in the final - they beat Division One league champions Freshford Town 2-0 in the other semi-final.

St Mary’s are really on a roll this season, a point they proved by marching into the Division Two Cup final. They needed nerves of steel though, coming out on top via a penalty shootout after a 4-4 thriller against the Lions B!

Netminder James Holden played his part , making a vital save in the 4-3 shootout before the Lions missed their last kick. The game’s scorers were Chris Connolly, John Muldowney, Vinny Wallace and Boki Martin for Mary’s - Steven Thomas (2), James Campion and James Larkin netted for the Lions.

Freebooters B set up another city derby with Mary’s when they beat Deen Celtic 2-1 after extra-time in the other semi-final. Aidan Nolan and Ricky Dunne were on target for the Blues, who will be hoping to get revenge for their McCalmont Cup loss to the Saints.

The race for the Division Three Cup is down to the final four. Callan United B face St John’s on Friday, with Castlewarren Celtic - who beat Clover United B 4-1 on Sunday- going up against Highview Athletic in the other semi-final.

Finally, their Premier Division title might be gone but Evergreen A showed no mercy as they beat Bridge United A 9-0 on the Kells Road. Sean Barcoe led the way with four goals for the city side, who also had Ciaran Snype (2), Chris Keane and Jamie Owens on target.