Cats give an Elite performance! 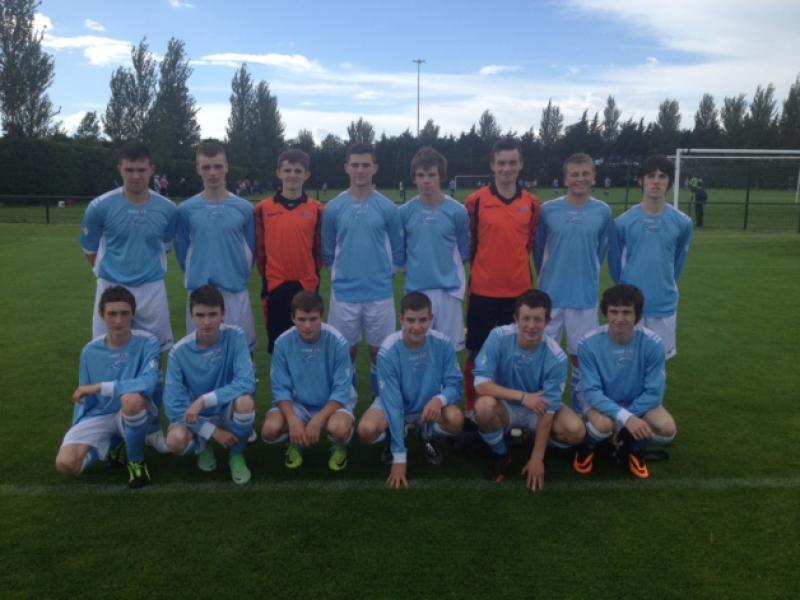 The fruits of a year-long training programme were there for all to see as the Elite Sports Performance landed some silverware.

The fruits of a year-long training programme were there for all to see as the Elite Sports Performance landed some silverware.

The Kilkenny squad, under coach Paul Smith, travelled to Dublin to compete with teams from across Ireland and Europe for the Dublin Cup.

Entered in the under-18 competition, the ESP Academy side tackled a busy schedule of games to emerge as worthy winners. The squad, who held a pre-season three-day training camp before the tournament, made a strong start. Not even the loss of two players to injury before the event could stop them from bagging a 3-1 win over Scottish outfit Uist & Barra in their opening game.

Having fallen behind late in the first half the Academy side, bolstered by the addition of four more Kilkenny-based players, hit back with a stunning reply from Liam Walsh before a swift second from captain Andrew Wall pushed them ahead.

The Academy dominated the remainder of the game, hitting the woodwork twice before sub Ben Hickey sealed victory with a deft chip over the advancing ’keeper.

The side had tough second day of competition, with two games in four hours. They made a solid start, beating Dublin’s Drimnagh Celtic 5-2 in the opener. Ben Hickey led the way with a brace, while strikes from Dean George, Jamie Conway and Eoin Delaney sealed an emphatic win.

The second match of the day proved to be the toughest of the competition for the Academy, as it pitted them against Airtricity League of Ireland side Athlone Town.

Chances were few and far between in a tight first half where both sides played some excellent football. The second half saw the Academy get on top with some slick passing moves - but for the width of a post they could have taken the lead with a Ben Hickey header 10 minutes from time.

The spurned chance proved costly, as Athlone broke on the counter-attack and grabbed the only goal of the game. A 1-0 loss left the Academy team in third place heading into Sunday, but they were still in with a chance of taking overall  honours.

Knowing the title was within reach, the Academy side gave their all on Sunday. Their hopes were boosted with a 1-0 win over Drogheda Town, Ben Hickey getting the all-important goal, before a surprise draw for Athlone Town meant everything went down to the final game.

After a slow start that saw them go a goal behind, the ESP Academy took full control of the game against Laois side Arlington and ran out easy 4-1 winners. A well worked goal from the hard working Kieran Banville was sandwiched in between a superb hat-trick from the tournament’s leading scorer Ben Hickey, who scored seven goals in five games.

Having played their part, the side endured the waiting game as title rivals Athlone Town played against Drogheda. Things looked grim for the Kilkenny lads when, with five minutes to go Athlone had a 2-1 lead, but Drogheda struck a late equaliser that saw the ESP Academy crowned as Topflight Dublin Cup winners for 2013, sparking scenes of celebration on the sidelines.

“It was fantastic to win the whole competition, and great to see the reaction of the lads when they realised they’d won,” said Academy director Paul Smith. “What pleased me most was the way we kept our shape, kept the ball on the ground and put into practice what we had worked on in training no matter what the score.

“It was great to see the squad gel together, especially when you consider we had four new additions,” he added. “A number of the coaches of the teams we played against spoke of the quality of the football we played. We had a young squad, but the confidence they showed in one another was superb.”

The Autumn Academy Programme starts in September and is open to players from 11 to 17 years. Further details are available from www.elitesportsperformance.ie.