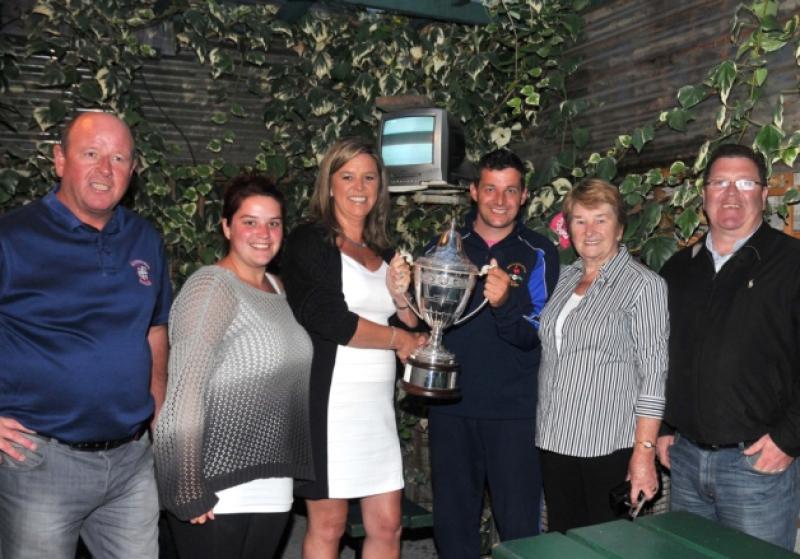 Lee Walker was the man of the moment as North End United finally got their hands on the Mock Lawlor Cup.

Lee Walker was the man of the moment as North End United finally got their hands on the Mock Lawlor Cup.

A year after losing the final to Freebooters, the Wexford men were back in the decider, this time against Clonmel Celtic. Pushed all the way to penalties Walker showed his worth, saving one then scoring the winner to nab the spoils.

However, the ‘keeper could do little about the goal that gave Clonmel the lead on nine minutes. Set free by Graham Doyle’s clever ball from midfield, Paul Kennedy sprang the offside trap and cleverly lobbed Walker from the corner of the box.

It was a stylish opener; just like North End’s response. Standing over a free on half-way, Shane Dempsey spotted goalkeeper David Cummins off his line and went for it - his reward was a floating delivery that went all the way to the net.

The goal was harsh on Cummins, who had made two great saves to keep Celtic in front. First he got an instinctive hand to Declan Downes’s diving header, then the former Evergreen netminder did well to keep out Andy Moore’s thumping drive.

Celtic, who looked comfortable across their back four, regained their composure and bagged a second goal on the hour. Paddy O’Donnell refused to give up on a long ball, winning possession before feeding David Joyce on the end line. Somehow, the midfielder found enough space to squeeze a shot in between Walker’s left hand and the post.

North End were down, but not out. Within 15 minutes they were level again, Dempsey hitting the net again when he slammed home a low shot from the edge of the box.

After an entertaining 90 minutes the drama continued throughout the penalty shoot-out. All 10 regulation spot kicks were netted - including a cheeky Panenka effort from North End’s Paul Murphy - but United took the advantage when Walker beat out Craig Condon’s effort.

His next move was even more important, as Walker blasted the 12th and final kick past Cummins to make sure North End became the first team outside Kilkenny to capture the cup.