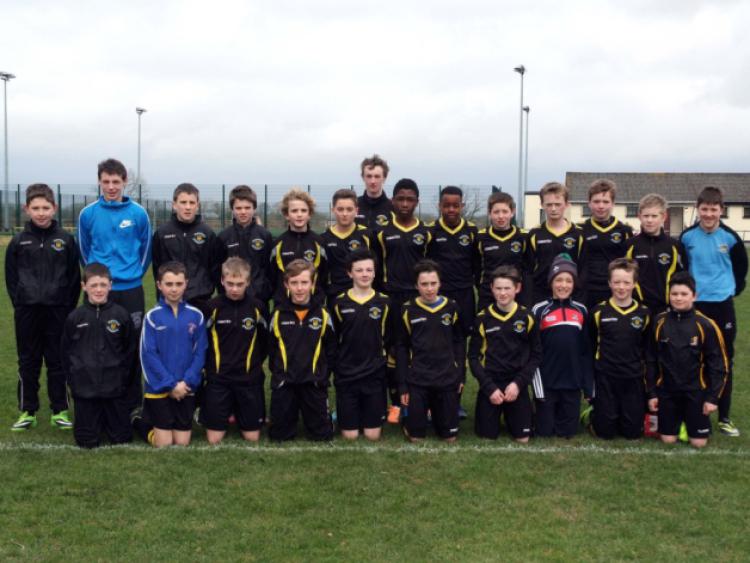 A crack team of young Kilkenny hotshots are just 90 minutes away from achieving All-Ireland glory.

A crack team of young Kilkenny hotshots are just 90 minutes away from achieving All-Ireland glory.

Tipperary’s Cahir Park is the place to be as the Kilkenny & District League’s under-13 team, under the care of Mick Hoban, go head to head with Cork for the inter-league title on Saturday (1pm).

Given their form in this year’s competition many have tipped the Rebels to go all the way but Kilkenny aren’t in the final on merit, as their record proves.

The boys in black and amber made a blistering start to their campaign, recording three wins in two days of Leinster competition.

They made a dream start, beating Drogheda 8-0 thanks to an Elvis Azah hat-trick and more goals from Cillian Brennan (2), Jack Morrissey, Jamie Holden and Cathal O’Leary.

They had a tougher task in their second outing, but Wicklow were also brushed aside, Brennan (3) and Morrissey hitting the target in a 4-1 win.

The hat-tricks continued, as Morrissey netted a treble against South Dublin, Azah adding the fourth in a 4-0 win.

Their last group game, played a week later against the Midlands, saw the Kittens top the group thanks to a 4-1 win, before Azah and Brennan scored the decisive goals in last week’s semi-final win over Galway at Eamonn Deacy Park.