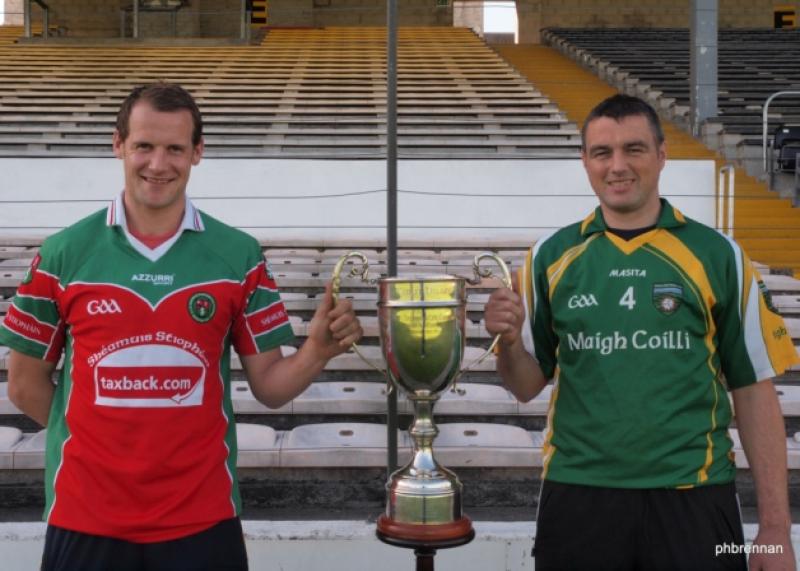 The 121st Kilkenny senior football championship final will be played on Sunday in Freshford. In opposition will be defending champions, Muckalee and James Stephens.

The 121st Kilkenny senior football championship final will be played on Sunday in Freshford. In opposition will be defending champions, Muckalee and James Stephens.

The first county football final was played in the Freshford Road pitch on May 8,1887 between Kilmacow and Kilkenny City and that ended in a draw.

James Stephens, with eight titles to their credit, the last one won in 2008, will start as outsiders but following their impressive victories over Dicksboro (after a replay), Clara and Kilmoganny they will not be beaten too easily.

They will have five members of the team that won the championship in 2008 aboard, including county star Jackie Tyrrell, who is one of the finest footballers around.

Muckalee received a bye into the quarter finals. They were impressive in their two games, scoring a 0-12 to 0-6 win over Mullinavat and a 3-6 to 0-6 win over Glenmore. They will start as hot favourites.

When the clubs met in the senior hurling league last weekend, with most of the same players involved, Muckalee, or St Martin’s, carried the day.

Twenty members of the Muckalee panel that won the championship and the league last season are available again this year.