Top two to collide as local soccer season starts with a real bang! 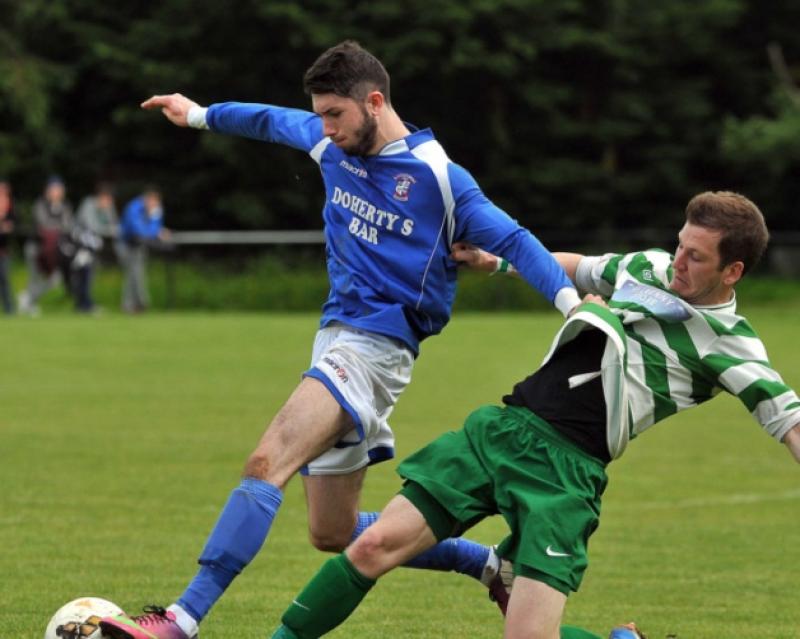 The new junior soccer season is set to start with a real bang as last year’s title challengers get ready to face off on opening day of action.

The new junior soccer season is set to start with a real bang as last year’s title challengers get ready to face off on opening day of action.

The Kilkenny & District League announced the opening rounds of fixtures, which kick-off on Sunday, August 24. Champions Evergreen A will start the defence of their Premier Division title at home - but that’s as easy as it gets.

Providing the opposition will be Freebooters A - the team they pipped to the league crown after a play-off in June.

Things won’t get any easier for the champions in the second round. Their quest to land a sixth league title in succession will have another tough test as Evergreen face their club rivals Evergreen B in the next match!

There have been some changes for the champs, both on and off the field. Having led Evergreen A to the title for the fourth year in a row, Eddie McEvoy and John Treacy have vacated the hot-seat, to be replaced by brothers Packie and Brian Holden. For Packie the job will be two-fold this year, as he is also expected to play in goal for the A team following the departure of Pierce Dargan, the team’s netminder for the last four seasons.

Anthony Hanney remains in charge of a Freebooters A side who will be gunning to end the winning streak of their city rivals.

While the Blues did get their hands on the McCalmont Cup last season, the league was the crown they really wanted.

An early loss to Evergreen A last time out - the only league game they lost all season - proved to be Freebooters’ undoing. Despite being at the top of the table for much of the latter half of the season, a David Grincell goal was enough to whisk the spoils away when they played Evergreen in a play-off at Derdimus.

Away from the traditional title-runners there are other sides harbouring ambitions of glory. Thomastown United A lead the chasing pack, but will have a tough opening day fixture when they travel to the Fair Green to face Callan United A.

Last season ended with more of a whimper than a bang for Thomastown. Following a strong start their year fizzled out; injuries dented their league charge while their McCalmont Cup hopes were ended by Callan.

They have a quick chance to avenge that defeat, but Callan, the Division One league and Cup champs, are on a roll.

With the sport enjoying a boom in popularity in the town (the club will also field a B team this season), Callan will be looking to build on successful years which have taken them from Division Two straight to the top flight.

Two more city sides will be looking to keep their names in the shake-up for silverware. Newpark A and Evergreen B have very different starts to their campaign, however. With nine teams in the division Newpark are the odd men out and will not feature until their August 31 showdown with East End United A.

Evergreen B will have a busier time of it. They open their campaign in Johnstown, where they will take on the promoted Spa United.

Their next game will be a tougher affair. Just like last season, their first home game of the campaign is against Evergreen A.

Two sides who will definitely be hoping for better seasons this term are the Premier Division’s remaining sides, Lions A and East End United A.

The men from Bennettsbridge only secured their top flight status with two wins in their last two league games, the same number of victories they enjoyed from their previous 14 outings.

The Lions left it even later, coming from behind to beat Bridge United A in a relegation playoff after they finished the season level on points with the Goresbridge club.

As in recent seasons the race for the Division One title could be the league’s broadest.

Competition will be fierce in the 10-team grade, with both Fort Rangers and Bridge United both keen to make an instant return to the top flight. However, with sides like Tullaroan, Clover United and Stoneyford United all in the mix this could yet be a keenly-fought competition.

With the number of teams playing in Divisions Two and Three still to be confirmed, fixture information on these games has yet to be decided.

Evergreen A v Freebooters A, 11am.

Spa United v Evergreen B, 11am.

Bridge United A v Tullaroan, 11am.

Evergreen B v Evergreen A, 11am.

Freebooters A v Callan United, 11am.