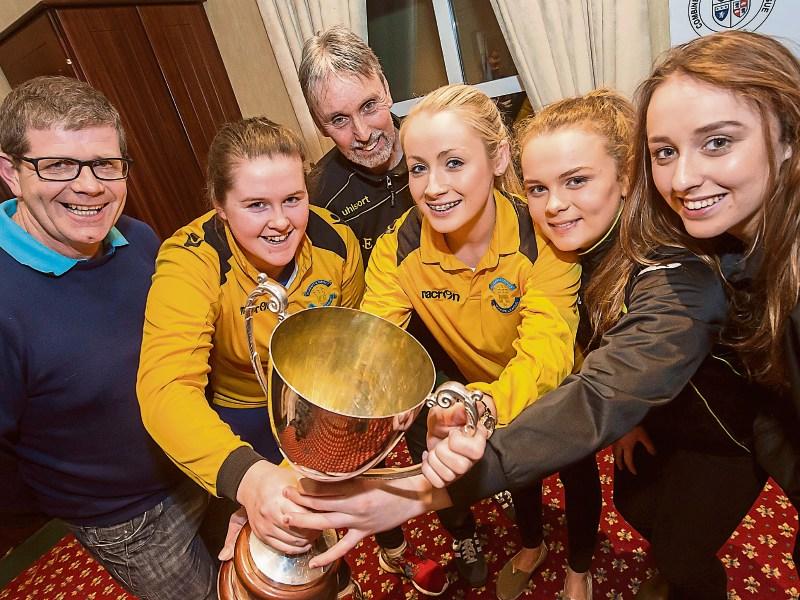 A positive spirit from a new-look team played a huge role in getting women’s champions Kilkenny into the Leinster inter-league final.

That, even more than making the final itself, has been the big result of the season for joint manager Davy Foley.

“Everything changes and sport is no different,” the joint manager offered. “Sometimes you have to deal with things like losing a lot of players.

“Between players going to the National League and others not playing with clubs this year (Tullaroan opted out this season) we’ve had to rebuild the squad so to get to the final with a new side has been great.

“This year our squad is much smaller,” he said. “We have lost some very good players – I think there’s only three present from last year’s team that started the final in Meath (Caoimhe Shiel, Jenny Reddy and Niamh Bolger).

“For any side to lose that many players is huge, so for what is practically a new side to get to where they have is a huge achievement. After winning for the last two years, whether we win this one or not to get there has been the success.

“At the start of the campaign we thought it would be great for the girls in the team to get the chance to experience everything about the final,” he said.

“Credit to Carlow for holding the launch night for these finals - it’s given a real buzz to the occasion and hopefully will be reflected on the day.”

And making the final gives Kilkenny another shot at their near-neighbours and the opportunity to avenge that opening day loss.

“We were unlucky not to get a draw against Carlow that first day,” Foley said of the teams’ first meeting this season.

“As the team was so new there was a bit of getting used to each other, but when things calmed down we got going and could have claimed something from the game.”

The defeat wasn’t just about the points – the Cats also lost a key component of their team.

“We lost Jenny Reddy to an injury that day,” Foley said ruefully. “She has been a huge loss but the other girls have stepped things up since. Hopefully they will continue in that manner when the final kicks off. I think the pressure is on Carlow for the game – we’ve been there twice and won it, whereas they’ve never been in the Cup final. Being the hosts for the day will bring added pressure.

“We’ll be relaxed going into the final,” he added. “We’ll be doing our utmost to win the game, but getting there was the big result.”

Being in the final has been a huge boost for a Kilkenny side who struggled to get into gear in the opening stages of this year’s competition.

“After a poor start the group stages ended with a real positive,” he said. “Hopefully the final will go the same way and we can do ourselves proud on the day.

“The girls have done well,” he said of the side. “The girls from Newpark have been a revelation, especially when you consider this inter-county scene is new to a lot of them. Demi Donovan has come back after a spell out with injury and marked her return with three good goals against Kildare. You also have Sinead Corrigan from Evergreen, an experienced player we’ve known from the local game for years.

“We have a good mixture in the squad,” he added. “I would have no fears about them going into game. It’s all about what happens on the day.”