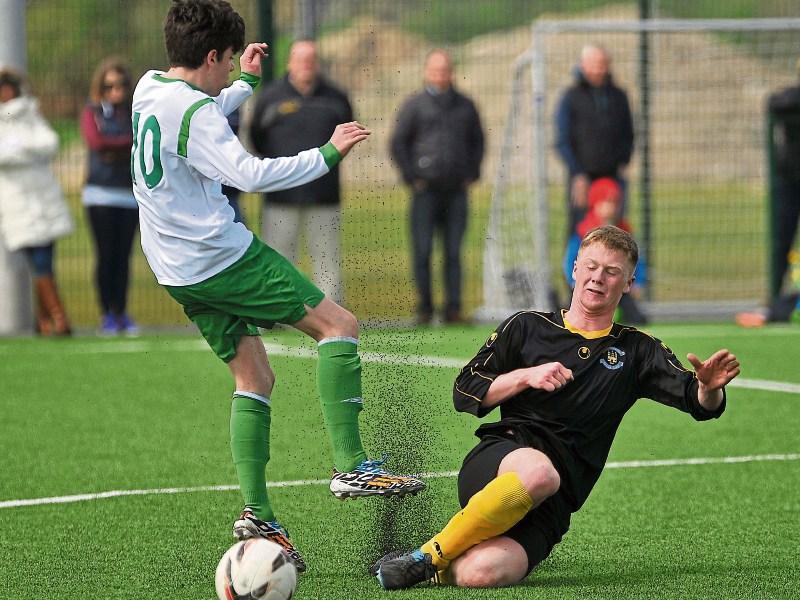 The Cats held their nerve to beat Donegal in a dramatic penalty shoot-out and earn a place in the All-Ireland semi-finals, but not before enduring the full rollercoaster of emotions on the Kells Road.

For a start, they could so easily have found themselves three down after an early onslaught from the Ulster men. Then, Kilkenny hit the gas and raced into a strong lead with two goals in as many minutes.

However, the drama wasn’t over. From their strong position the Cats hit a wobble when they lost a man, then their two-goal advantage followed as Donegal bit back. The game took another twist when it went to the dreaded penalties, but this time Kilkenny didn’t let things slip.

Netminder Michael Walsh was the main man when it mattered, saving two of the Donegal spot-kicks to hand the advantage to Kilkenny.

It was quite the game Ronnie Grace’s side found themselves in, as they could so easily have been out of it inside the opening quarter.

Despite making the long trek South for the game Donegal were full of energy from kick-off. They took just four minutes to sound out a warning, Ryan Toye racing on to Aaron McCafferty’s defence-splitting pass before rounding the outrushing Walsh, but his diagonal shot flashed wide of the far post.

Toye was at it again just a few minutes later. Dropping deep to pick up play he started a move that involved Callum Boyle and Anthony Grant before Toye fired off a menacing shot, but again Walsh was there to make the save.

Donegal were exerting all the pressure, forcing Walsh into another smart save after 12 minutes. Awarded a free for a foul on Toye, Mark McFadden curled his effort over the three man wall but Walsh was there to finger-tip the ball over the bar.

At that stage it looked like a matter of if and not when Donegal would take the lead, but they were almost rocked by Kilkenny’s first real pop at the target. Jack Morrissey was in the right place to pounce after Daragh O’Keeffe’s 24th minute shot was deflected into his path but he skied his volley over the bar from eight yards out.

Despite go over the bar the chance gave Kilkenny the belief they could do better. Sixty seconds later – they did!

Donegal were undone by a throw-in, Kian Moran picking out O’Keeffe with a good ball. Fancy footwork saw O’Keeffe spin away from his marker and feed the ball to Ciaran Brennan. He waited for Donegal netminder Eoghan Jordan to leave his line before slipping the ball under the ’keeper.

Donegal were rattled by that goal, but worse was to follow for the visitors. Within minutes they found themselves two down after Eoghan Moylan’s towering header was picked up by Morrissey.

In a flash he had worked the ball on to O’Keeffe, who found space on the right to whip in a low cross for Brennan to knock home at the near post.

Kilkenny were well on top now, but their game began to unravel when, 12 minutes into the second half, they were reduced to ten men. The first blow came when Conor Murphy was dismissed for a second yellow card; the second came when Ryan Toye smashed the resulting free-kick around the wall and inside Michael Walsh’s right post.

The Cats shuffled their pack, George Murphy dropping in to fill the gap at centre-half while Divine Amaukwa moved to midfield. For a while the tactics worked, but they could only stem the Donegal flow for so long. Sub Edward O’Reilly shot his side level, and in spectacular fashion, when he latched on to Conor McKinney’s 66th minute free and volleyed it to the net.

Back on level terms and a man to the good, Donegal sought to press home their advantage. Anthony Grant went close with a 68th minute shot that fizzed across goal, but they were left holding their breath as Kilkenny sub Cillian Power beat Eoghan Jordan with a looping 70th minute header - but the ball just cleared the bar.

The visitors had one last chance to win the game in normal time, but O’Reilly’s 72nd minute header was stopped on the line by Walsh.

The goalkeeper would go on to have the final say when extra-time failed to separate the sides. Walsh stopped Donegal’s first two kicks, denying O’Reilly and Conor McHugh through good saves. With Eoghan Moylan, Ciaran Brennan and Jack Morrissey all scoring it was advantage Kilkenny.

Callum Boyle did score his kick for Donegal, but when Kian Moran converted his kick it was the Cats who were on their way to the semi-finals.