Holden: Time for Evergreen to give their best 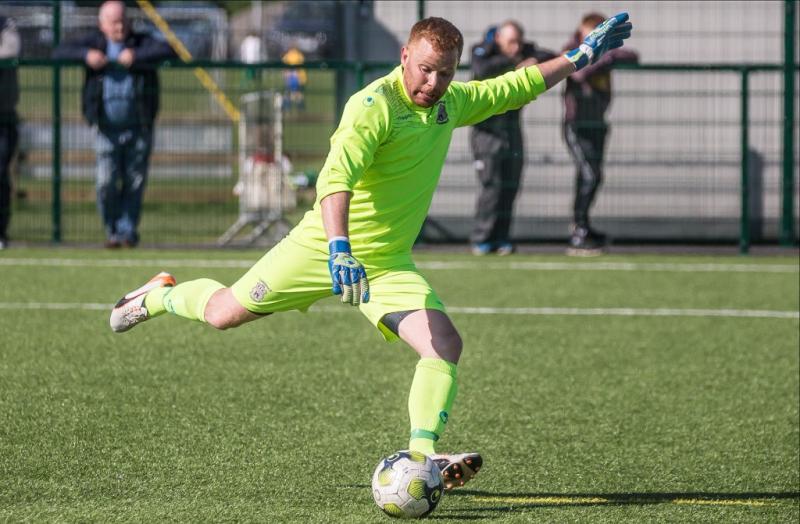 On The Ball - Evergreen player/manager Packie Holden knows his side will have to be fully focused if they are to beat Boyle Celtic on Sunday. Photo: Pat Moore

The race for the FAI Junior Cup is down to the final four, but Evergreen’s Packie Holden knows all too well that there is a fine line between leading the way and being in the chasing pack.

It’s hard to believe, but Holden was between the sticks when Evergreen last reached the semi-finals of one of Europe’s largest Cup knockout competitions for amateur teams.

That was back in 1999, when a glittering ’Green lost 1-0 to Ballymun United in Arklow. The side, who had the likes of Davy Mulcahy, Billy and Ollie Walsh and Kevin Cashin in their ranks, went down to a Noel Ankers goal on the brink of half-time.

The fact that Ballymun United were beaten in the final that year, losing to a Fairview Rangers team who win six titles in a glorious eight-year spell, carries little comfort on the Kells Road. That 1-0 loss is the closest Evergreen have come to gracing the big stage since.

“This could be a once in a lifetime opportunity,” Holden said when speaking ahead of Sunday’s big game with Boyle Celtic in The Showgrounds, the home of Sligo Rovers.

“A lot of really, really good players who should have represented the club at this high stage of the Junior Cup have gone out the club gates without getting the chance we have on Sunday.

“We’re lucky that it’s our turn to get here this year, but that doesn’t mean we’re the best team to come out of the club in that period,” he added. “We’re representing all those former players this weekend, so it’s up to us to give our best.

“Maybe then those regrets from 18 years ago can be banished once and for all. I was lucky enough to play in that game, but there’s some people in our squad who weren’t even born then! It makes you feel old, but back then we thought that was going to be a yearly thing, that we’d be boxing at this stage of the competition each season.

“History has told us that wasn’t the case. You need to make the most of these opportunities; they don’t come around every year. It’s our responsibility to go and put in a performance that we can be proud of. Fingers crossed, it will be enough to get us across the line.”

The build-up to Sunday’s game saw Evergreen suffer something of a fright as they were pushed all the way in their Maher Shield semi-final by Deen Celtic. The opinion offered was that the game gave the team a chance to iron the kinks out ahead of their trip to Sligo, but Holden was far from happy.

“You could say that, but we’re very disappointed with how the game turned out,” he said. “We picked up some silly little injuries so it’s going to stretch the squad, but we shouldn’t have let Deen Celtic back in and nearly bring the game to extra-time with a couple of minutes to go.

“We were poor, very poor in the second half,” he added. “That just won’t do in a Maher Shield semi-final, let alone a FAI Junior Cup semi-final.”

With games coming thick and fast at this time of year injuries have hurt the squad - Mikey Drennan, the goalscorer in their 1-0 quarter-final win over Kilmallock, was a notable absentee from Sunday’s game - but Niall Andrews showed his strength to turn out again for his side a week after an injury scare.

“It’s a miracle Niall is playing every week, but it shows his character and his commitment to the cause that he is constantly willing to put his body on the line,” the manager said. “It’s been like that for the last few years, but it’s a testament to his level of performance he can maintain such high standards. 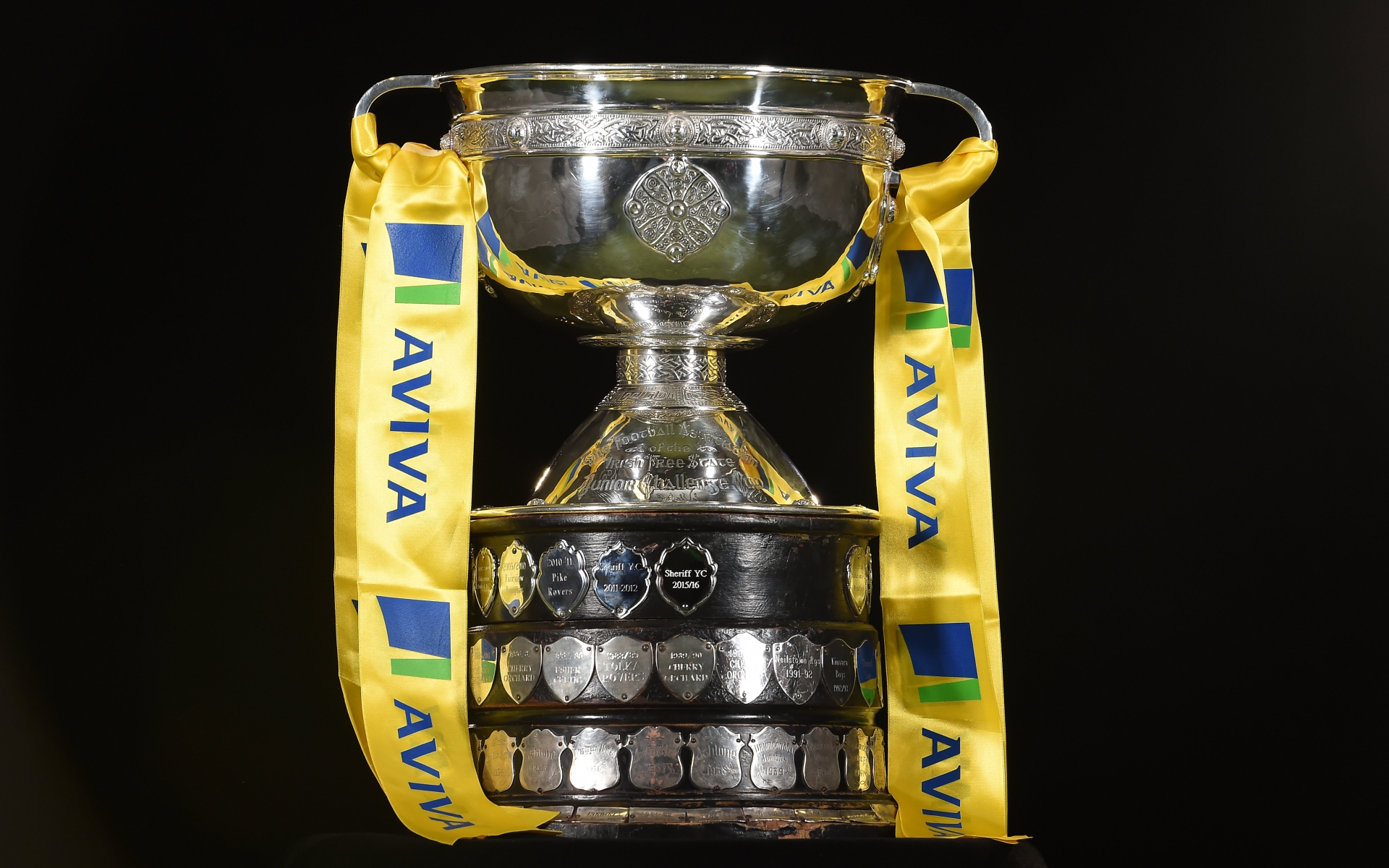 “Niall is a driving force of this team, make no bones about it,” Holden said. “He really sets the standard and it’s up to everyone else to follow. It goes hand in hand that when Niall went off against Deen Celtic that standards dropped; it’s up to us to make sure it doesn’t happen again.”

Sunday’s performance wasn’t all doom and gloom. Evergreen lit the game up in the early stages, delivering a 26-minute performance that gave glimpses of why they have reached the FAI Junior Cup semi-finals. Watching from the other end of the pitch, Holden was happy with what he saw.

“We played the ball around well and played some good football as we opened them up and got some good goals.

“That’s more of a reason to be disappointed,” he added. “We set the standard, then it dipped so much in the second half. That just won’t do in any level of football.

“We have a lot of big games locally to play. It’s up to us to maintain those high standards. While the game was very good for the first half hour we were disappointed overall.”

The high standards Holden spoke of have been a constant throughout Evergreen’s run to the FAI Junior Cup semi-finals. They have come through some tough games, but they’ve set a great tone throughout.

“You play the game you’re given every week, whether it’s Deen Celtic or Boyle Celtic,” he said. “The preparations are the exact same and will be again on Sunday. We’re not going to do anything different. The lads know the task they’re facing.

“We know how good Boyle are,” he said, running the rule over Sunday’s opponents. “They’re a really, really top side. Any team who takes on a Carrick United side who were highly fancied to progress, probably all the way to the final, and to go away from home and turn them over shows what a quality team they are.

“Boyle have a few very tidy players who will hurt us if we’re not clever about it, but we’ve a lot of good players too. If the attitude is right and we’re tactically spot on I think we can do well.

“Travelling up to Sligo, being away from home, probably puts Boyle a little ahead in the favourites tag if you ask me,” he said. “I don’t think they’ve been given enough credit in doing what they’ve done to get to this stage. Having spoken to a few of the lads from Carrick and watching the DVD of their quarter-final they’re a very good team. We have a really tough task ahead of us.”

That win over Carrick has made people sit up and take notice of Boyle, Holden reckoned. He, for one, has been impressed by what he’s seen of the Roscommon outfit.

“They’re very comfortable on the ball,” Holden said of Celtic. “They like to play the ball out from the back and can quickly hit you on the counter-attack if you overcommit.

“In saying that they’re well able to mix it too,” he added. “They’re a physical side, very big with some no-nonsense defenders at the back. Their goalkeeper is a very good shot-stopper as he showed with his performance in the penalty shootout as well as couple of good saves in the game. 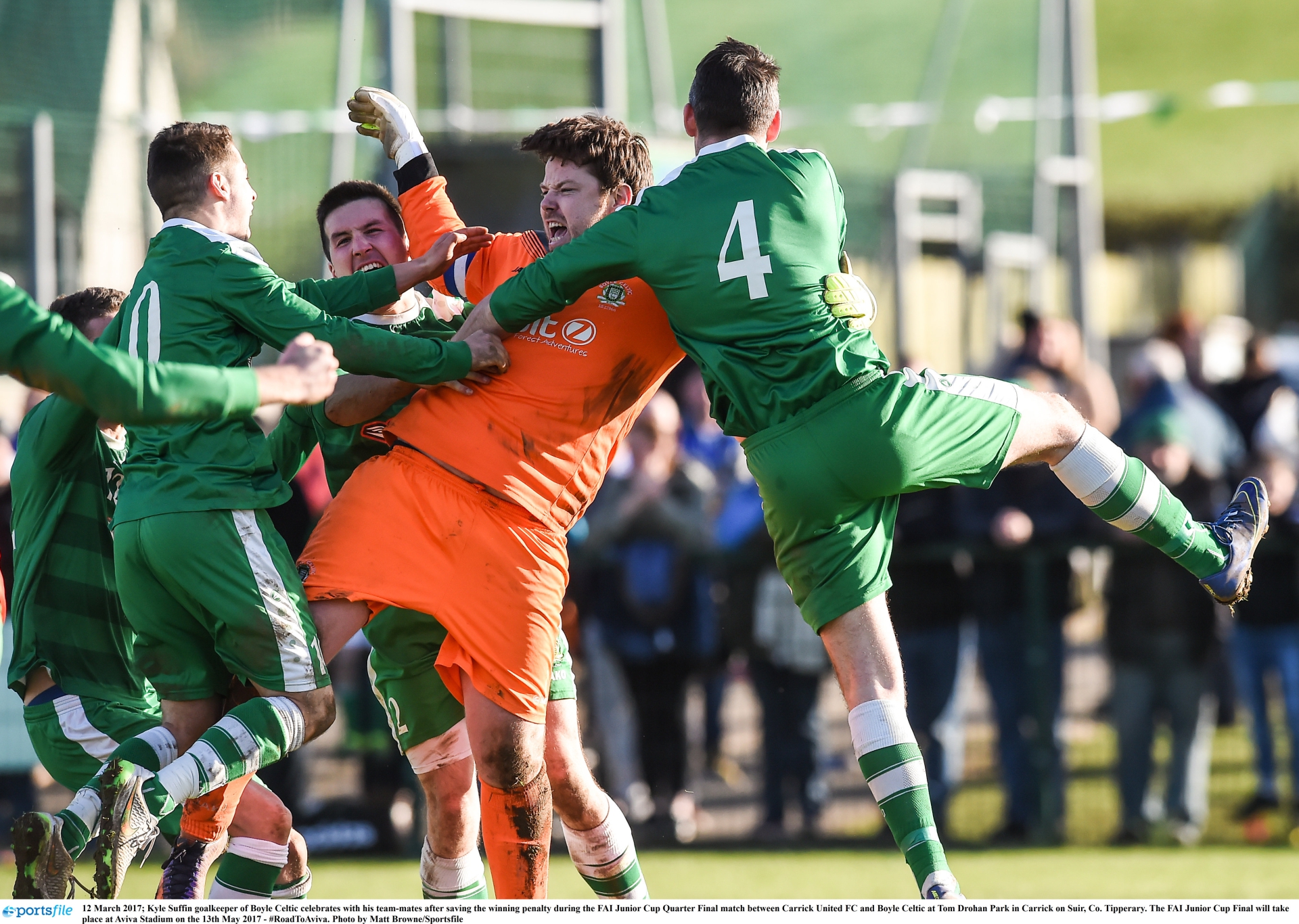 Boyle goalkeeper Kyle Suffin was one of several Celtic players who came in for praise from Evergreen manager Packie Holden.

“They have all the elements of being a really good side, which they proved in Carrick a few weeks ago. We realise that this is going to be a tough task, travelling away from home and spending the night before the game away from your own bed.

“The club have put in a fantastic package for the trip,” he continued (the Evergreen team will stay in Breaffy House Hotel on the Saturday night before travelling to the Showgrounds on Sunday).

“This is all new to us - we haven’t had to do anything like this since I took over as manager. That’s something to deal with, but if can’t get up for a game of this magnitude you need to have a hard look at yourself.”

Getting back to the semi-final stage has been a long road for Evergreen. That loss is something which still gnaws away at Holden.

“History tells us that it’s 18 years since Evergreen have been at this level,” he pointed out. “There’s no point in getting to this stage and then regretting it for the rest of your life. In 1999 we lost to Ballymun in Arklow. That result is something which bothered me since.

“Playing League of Ireland and being an Irish junior international has been great, but it’s a massive regret of mine that we didn’t get across the line that night.

“Hopefully, we turn up tactically, mentally and physically for the game and put our best foot forward,” he said. “Hopefully that will be enough to get us over the line.”

That 18-year wait is proof that anything can happen in cup competitions. The Evergreen team of 1999 would have had every reason to feel confident of reappearing at the latter stages of major competitions, but that lengthy absence proves there’s no guarantee of such luxuries.

“No - not at all,” said Holden, who referenced his own spell in charge of the team as proof.

“We’ve been knocking on the door for the last few years and there’s no shame in losing games to teams of that calibre. However, feeling sorry for yourselves and not aiming to get to this stage of the competition is wrong.

“There are a lot of clubs around the country who feel they should be here - clubs like Carrick United, North End and Freebooters, and that’s just this region. It’s a tough ask to get here, but it’s our turn this year.

“Going to Sligo will be a tough ask, not to mention taking on a good team, so while the ghosts of 18 years ago might be on my shoulders it’s not on any of the other players.

“That ghost has to be laid to rest some time,” he finished. “Fingers crossed we’ll do enough this time to get across the line.”