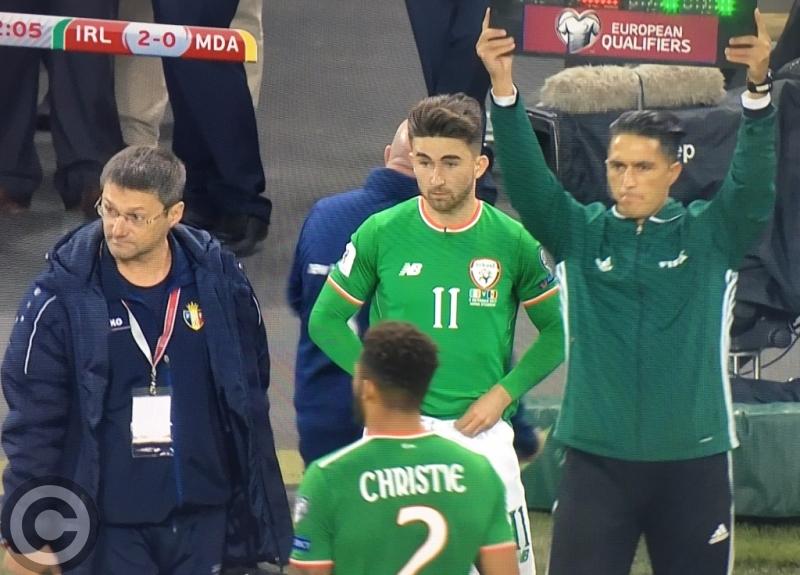 It was a proud night for Kilkenny soccer as Seanie Maguire finally made his senior international debut for the Republic of Ireland.

Preston striker Maguire was an 83rd minute replacement for Shane Long in Ireland’s 2-0 win over Moldova in the World Cup qualifier in the Aviva Stadium.

It was the perfect end to a dream week for Maguire, who had been the subject of clamours for an international call-up after his red-hot scoring form for Cork City earlier this year.

The run, in which the former Deen Celtic and Evergreen player netted 20 goals, also earned Maguire a move back to England and Championship side Preston.

He has been a hit at Deepdale, getting among the goals as Simon Grayson’s side have mounted a strong challenge in the league table.

In earning his first cap Maguire has become the first Kilkennyman in 78 years to play for the Republic of Ireland’s senior team. The last man to do was Mullinavat native Matt O’Mahoney, who earned six caps for Ireland in the 1930s.

Clogh native Maguire is son of Paddy and Elaine Maguire.