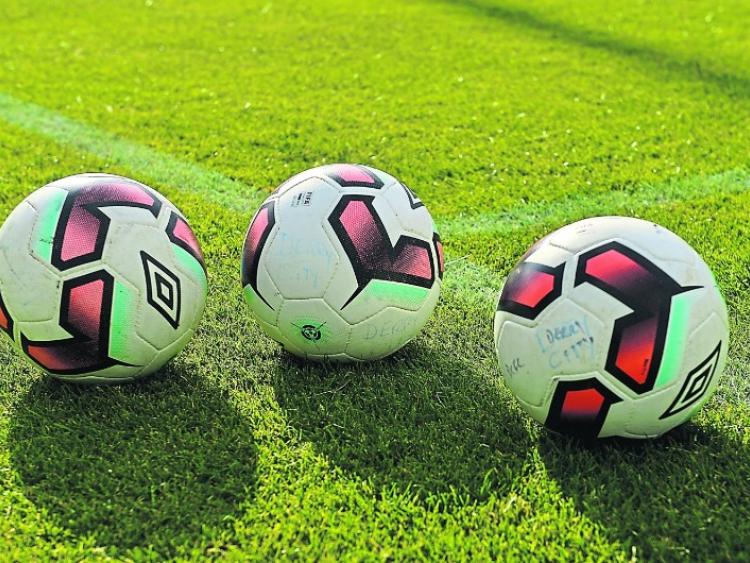 Newpark A made sure of their place in the semi-final of Pat Maher Shield when they beat Tullaroan 4-0 in the last of the quarter-finals.

Henry O’Neill, Ger Wall, Greg Morton and Aaron Duggan were on target for Newpark, who warmed up for their Leinster Junior Cup clash with Freebooters by marching on in another competition.

They join Bridge United and Evergreen A in the semi-finals of the Shield. The remaining spot will be filled by either Freebooters A or Thomastown United A, who have yet to play their quarter-final.

Elsewhere Evergreen A moved to within a point of Premier Division leaders Freebooters A when they scored a 4-0 win away to Highview Athletic A on Sunday.

Jason Quan, Jamie Owens, David Grincell and Eoin Kavanagh grabbed the goals as the city side moved level on nine points with Highview.

Evergreen are now just one point behind ’Booters, who were held to a 0-0 draw with clubmates Freebooters B on Saturday.

The pace is heating up in Division One, where two points separate the top three sides. Fort Rangers stayed in second place, one point behind leaders Evergreen B, when they were given a walkover by Stoneyford United.

East End United are a point behind Fort thanks to a 3-0 win over Ormonde Villa. Kevin Brennan, Conor Dunphy and Daniel Murphy hit the net for East End.

The only action in Division Two saw Lions leapfrog Thomastown United B in midtable thanks to a 5-2 win while in Division Three Newpark B went six points clear at the top after a 3-0 win over their closest rivals Evergreen 46.

A brace for Cian Quinn, plus another goal from Joey Walsh, helped settle the city derby.