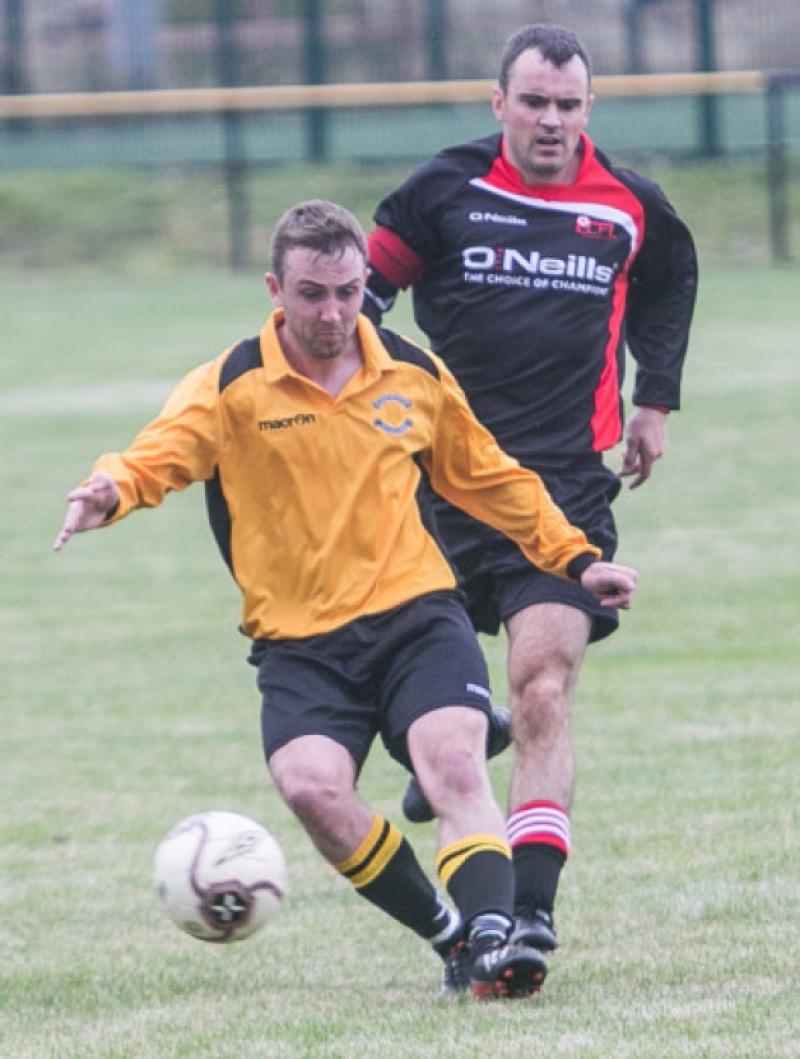 They may be young in years, but Oscar Traynor manager Ollie Walsh believes his side are veterans where it matters.

They may be young in years, but Oscar Traynor manager Ollie Walsh believes his side are veterans where it matters.

“I don’t know what it is,” he said smiling, “but there’s something in this team. Their attitude is unbelievable.”

Walsh was full of praise for his team, who eased into the quarter-finals of the inter-league competition with a 5-2 win over Carlow. The manager lauded his side for the way they battled into the game, especially after they went 2-1 down.

“When Carlow got their second goal I said ‘now we’ll see what the team is really made of,” he said. “Boy, did they respond - some of the football they played in the last half hour was breath-taking.

“Conor English’s goal was a team effort, one that went from back to front. It was magic. And then when you have someone like Chris (Whearty) who can come on and produce that type of goal it makes all the difference.”

Great goals aside, the 5-2 win was made all the better by the way Kilkenny coped without Nigel Stanley and Niall Andrews and the forced withdrawal of Dean Broaders in the first half.

“We probably shouldn’t have started Dean, but he was mad to play,” the manager said. “He’ll be fully fit and ready to play for the next day, along with Niall and Nigel. We’ll also have Lee Delaney back in the squad so a good run is there for us.

“I think there’s a great chance there for us to do something really good this year,” he added. “Get a home draw in the quarter-finals and who knows what could happen.

“Carlow were a better side than the UCL team we beat,” he continued. “They are a good solid side, you can see that quality in them, but we gave a huge performance - it was another big step up from the opening day. If they keep progressing like that Ronnie (Grace, assistant manager) and I will be happy with them. We haven’t been out of the group stages for the last number of years so this is a huge bonus for us. This side will only grow in confidence from that.”

Walsh was happy with all his players, not least his ice-cool penalty taker, Nathan West.

“We asked Nathan West to do a job for us and what a performance he gave,” said Walsh. “For a young lad he showed no fear - the second the first penalty was awarded he took the ball. Dean is the regular penalty-taker but as he was being treated for an injury I looked to see who would take the kick, expecting it to be David Grincell, but Nathan took the ball and bang! He looked for the second one as well, but after scoring the first I don’t think anyone was going to argue with him!

Just like the first day, Kilkenny didn’t settle for 3-2

“They kept going and going, but that’s what we asked of them,” he finished. “All we said was no matter what the score was they had to keep doing the right things. If you get into that habit you’ll get your reward.”