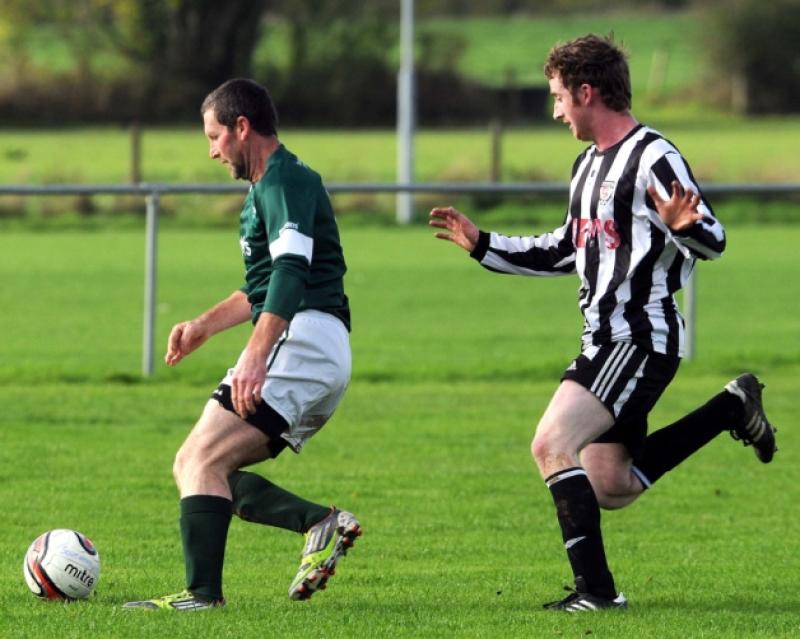 Kilkenny’s commitments in the Oscar Traynor Trophy may have meant a quiet weekend, but there was still some action in the local leagues.

Kilkenny’s commitments in the Oscar Traynor Trophy may have meant a quiet weekend, but there was still some action in the local leagues.

In the Premier Division Michael Comerford’s 85th minute goal saw Newpark A grab a draw away to East End United A.

It looked like East End had done enough after an own goal and strikes from Stephen Quirke and Michael O’Neill gave them the advantage but Comerford’s second of the game (Shane O’Neill was Newpark’s other scorer), earned Mark Ryan’s side a draw.

“It was a hard game,” Ryan told the ’People. “We could have won given our first half performance, but can’t have any complaints leaving with a point having been close to defeat.”

The point was enough to move East End away from the foot of the table. That place has been taken by Lions A, who lost 3-0 at home to Evergreen B. Adrian Kealy, Mark Owens and Seamus Cummins scored for Gary Maher’s side

In Division One Spa United moved further clear at the top thanks to a derby win over Clover United. Goals from Mark Webster and James Whelan saw the Johnstown men open a four-point lead over Newpark B, who have a game in hand.

In Division Two leaders St Anne’s were beaten 3-1 away to Bridge United B. Brookville used that loss to close the gap on the Saints, Stephen Ruth grabbing a brace as they beat River Rangers 2-1. Meanwhile there were goals galore in Graignamanagh as Highview Athletic drew 3-3 with Evergreen C.

In Division Three Lions B went down 2-1 away to Newpark C - the pair are two of five teams locked on nine points this season, three below East End B. Ballacolla moved off the bottom of the table with a 4-2 win over Brookville B, while Johnny Maher struck twice as Thomastown United C beat St John’s 2-1.

Davy Foley and Fran Egan, managers of the Kilkenny & District League’s ladies inter-league team, have named the following panel to attend their next training session in Derdimus at 1pm on November 10.

A match-day squad will be selected from the group for the game against Kildare the following week. Kildare will be hoping for a win, having lost 5-2 to Carlow in their opening game last weekend.