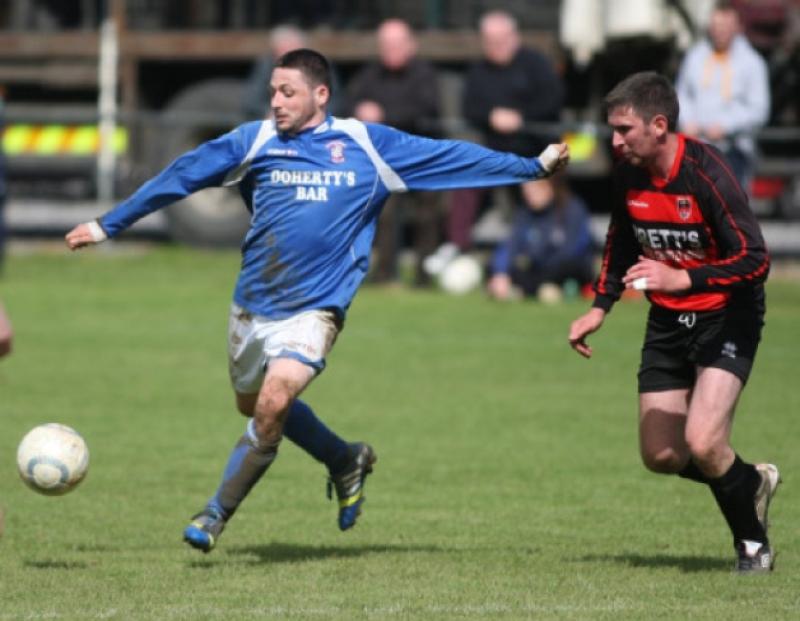 They have one trophy in the bag, but Freebooters A are still hoping to double up on their return of soccer silverware this season.

They have one trophy in the bag, but Freebooters A are still hoping to double up on their return of soccer silverware this season.

The Blues captured the McCalmont Cup, the blue riband competition of the Kilkenny & District League, at the weekend thanks to a 4-1 win over Callan United.

They could yet add the Premier Division league title to their haul, but must play the waiting game as Evergreen A could force a playoff should they win their last game this weekend.

“At the start of the season we set out for the league,” said Blues boss Anthony Hanney.

If Evergreen A beat East End United A on Sunday morning then the destination of the league title will be decided by a play-off.

Freebooters will go into the game on a high after coming through Sunday’s final, where Callan were a solid opponent.

“We knew it was going to be a tough game,” said Hanney.

“Callan are a very good team, but I knew that if we could play to our ability that we could win. We have the players who, on their day, can get us the result.”

The Blues made a great start thanks to an early Dessie Hayes goal, but even after Callan’s Robbie Wall bagged a leveller the Blues hit back with two quick strikes.

“If Callan had scored the next one anything could have happened,” he continued. “We just wanted to keep going, keep the pressure on.”

They will be hoping that run continues should the league race go that extra mile with a playoff which, if required, would be played on June 8.