It’s Hall over for Douglas as super Town march on! 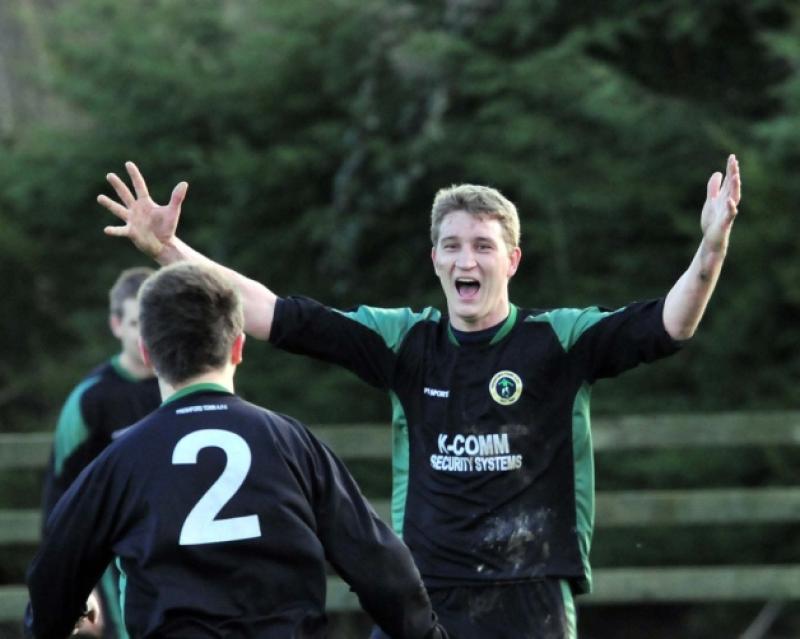 Super Stan was the man of the moment as Freshford Town continued on their incredible charge in this season’s FAI Junior Cup.

Super Stan was the man of the moment as Freshford Town continued on their incredible charge in this season’s FAI Junior Cup.

Although they were intent on making home advantage count, Freshford had to weather an early storm as the Rebels attacked. Gavin Roche forced Seamus Hayes to make a good save inside five minutes, while Eric Kavanagh gave the hosts another nervy moment when he had another crack at the target soon after.

Freshford weathered the storm and took control of the game when Stanley beat netminder Nicky McGrath with a shot which flew in off the post 10 minutes before half-time.

Spurred on by that strike, Freshford pressed hard for a second goal. They almost got it too, as Paul Guinan sent a scorching shot past McCarthy, but his 38th minute effort clattered back off a post.

Freshford wasted little time in making it 2-0 after the restart. Stanley doubled his and Freshford’s tally when got his head to a 48th minute cross.

That goal was a hammer blow to Douglas Hall, who were finally sunk when young striker Eoin Vaughan made the game safe with a third goal nine minutes from time.

After the game a happy James Farrell was full of praise for his side.

“I couldn’t fault the lads for their effort,” the manager beamed. “We were in control of the game, and could have won by more, but they did really well. It was a great team performance, but the back four were excellent.”

Freshford won’t have long to rest on their laurels, as they will enter the lion’s den when they play in the sixth round this weekend. Sheriff YC, Cup holders and odds-on favourites to retain the title, await the Kilkenny side in their last 32 meeting, which will be held in Clontarf on Friday.

“It’s going to be a tough game,” Farrell conceded, “but we’ll go there without fear. We have nothing to lose.”