Young Cats are gunned down in high-scoring Ozier shoot-out 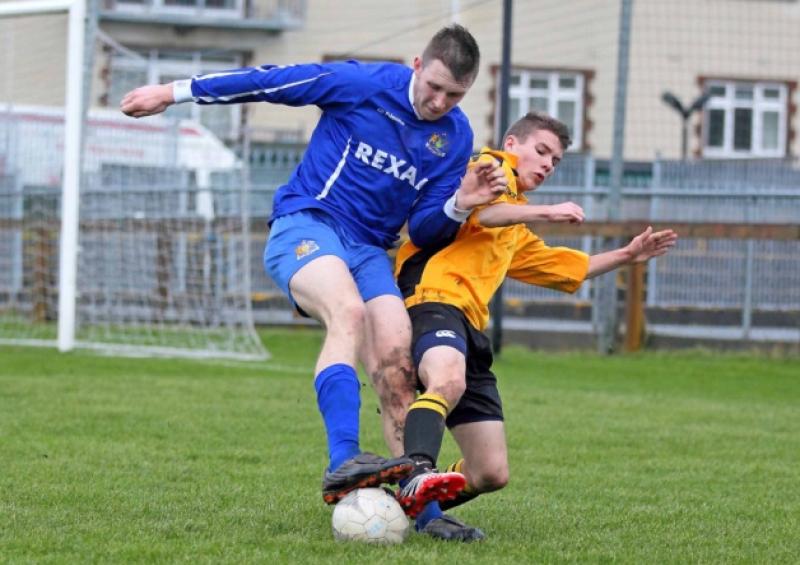 The Kilkenny Youths may have seen their inter-league hopes bite the dust, but the young Cats made sure they went down with all guns blazing.

The Kilkenny Youths may have seen their inter-league hopes bite the dust, but the young Cats made sure they went down with all guns blazing.

It took a supreme effort from the Munster side to wrestle victory from their local rivals at Ozier Park on Sunday.

In what proved to be a goal-fest, Waterford hit five in the second half to tun the game their way - an incredible comeback after Kilkenny left their heads spinning inside the opening 45.

“It was a crazy game,” said Kilkenny manager Paul Butler after the dust settled on the tie.

“We battled hard out there and I was delighted with the performance the lads gave,” he added. “I couldn’t have asked for any more from them.”

With only one side coming out of the group of three, and with both Kilkenny and Waterford scoring big wins against Tipperary, Sunday’s game took on a winner-takes-all feel.

Boasting home advantage, it was no surprise to see Waterford hit Kilkenny hard from the off, but the visitors held the Blues at bay.

With Waterford pummelling the visitors the Cats were completely under the cosh - but then stunned the hosts with a lightning-fast break on 13 minutes.

Having found their feet, Kilkenny opened up with a move that caught the Blues cold. Shane Bowe took control in midfield, moving the ball out to Danny Monks on the right.

Skipping past his man into the corner, Monks whipped in a low ball that flashed across goal to the back post, where the unmarked Bobby-Joe Walsh stole in to finish.

The hosts tried to force their way back into the game, but were kept at bay thanks to some tough defending from the Cats. They did get a lucky break just before the half hour, however, after Darragh Carroll was adjudged to have fouled James Brown.

It seemed a harsh call - the defender made contact with the ball in his challenge - but Waterford didn’t pass up the opportunity, Sami Ogayemi blasting his penalty high to the left.

Kilkenny wasted little time in making the perfect response. Within 60 seconds they were back in front, slicing Waterford open with another drive down the right. Monks and Walsh teamed up on the flank, the latter turning his man inside out before drilling a low cross that Sean Murphy gleefully tucked away.

Kilkenny were on fire by this stage, and shook Waterford to the core when they made it 3-1 four minutes from half-time. Once more the visitors showed great composure on the ball, Mark Slater picking out Ben Hickey with a defence-splitting diagonal pass. Hickey dashed in from the left, pausing only to pick his spot beyond Conor Matthews.

The Cats were rampant now, but needed some top-class saves from Hynes to ensure they stayed two clear at half-time. First off, he had to move smartly to beat out a James Brown shot from point-blank range following Mishak Babutu’s knock down.

From the resulting corner Waterford went for the jugular again. Sami Ogayemi thought he had scored when he got a bullet-like header on Niall Kennedy’s cross, but somehow Hynes got across his line to make a super reaction save.

Unfortunately for Kilkenny, the late goals and later Hynes saves would prove to be the high point of their afternoon as Waterford launched an incredible second half rally.

While the visitors made the early running after the restart, with both Ben Hickey and Bobby-Joe Walsh threatening, once Waterford found their rhythm they roared back into the game.

The comeback began in the 52nd minute, and centred on the strength of Sami Ogayemi. Breaking from midfield, he shrugged off tackles and set off on a diagonal run before releasing Daniel Pender on the left.

Pender took his time, working the ball around until he found the perfect angle to unleash a curling strike into the top right corner.

Two minutes later, the sides were level. Given the advantage after Shane Mackey was fouled in midfield, sub Aaron O’Connor picked up possession and moved it on to Mishak Bastu. Kilkenny failed to react, giving him time to cut in from the left and fire a close-range shot past Hynes.

Waterford’s purple patch continued when they bagged another goal on 64 minutes. Pender set the wheels in motion when he won a header in midfield, directing the ball on to Mishak Babutu. A quick pass picked out O’Connor, who broke in from the left to slip a first-time shot inside the far post.

Conceding three goals in 12 minutes stunned Kilkenny, but they showed they wouldn’t give up without a fight. Pressing hard for an equaliser, Mark Slater went close with a 25-yard free-kick, but they rocked Waterford with a thunderbolt just two minutes later.

Pressing up the pitch, Kilkenny were now camped deep in the Waterford half. Jamie Conway kept the pressure on with a throw-in to Shane Bowe, who set off across the face of the box before finding enough room to unleash a screamer that flew past Matthew Connor into the top right corner of the net.

It was an incredible strike, but in the end counted for nothing, as Waterford’s strength saw them finish on a high. O’Connor eased the hosts back in front when he flicked Niall Kennedy’s 76th minute corner home at the near post, before they made sure of their place in the knockout stages thanks to Pender’s close-range finish nine minutes from time.