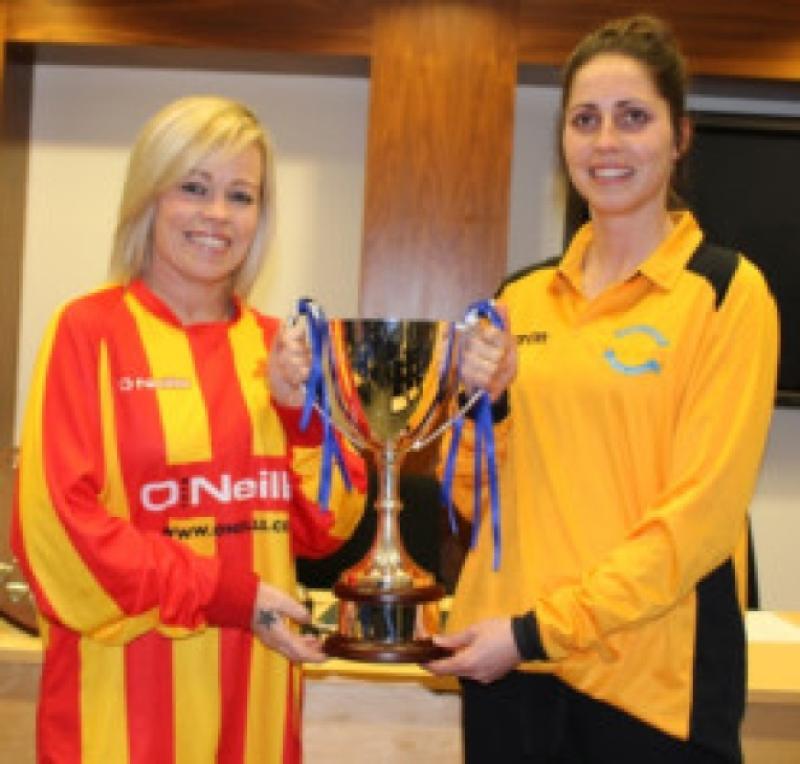 Football history has repeated itself - and the Kilkenny & District League’s women’s team are determined to make sure it stays that way.

Football history has repeated itself - and the Kilkenny & District League’s women’s team are determined to make sure it stays that way.

Twelve months ago the Cats experienced a golden moment when they beat the Leinster League and won provincial honours.

One year later, they have the chance to retain their inter-league title - but to do that they must beat the same opposition!

A second successive year at number one will be the inviting lure on offer when Kilkenny take on the Leinster League in Meath on Sunday.

“Last year we had the belief that the talent was there in Kilkenny,” said team manager Fran Egan in the build-up to Sunday’s final.

“The players showed they were good enough to win the competition. I felt it would take a very good team to beat us and I feel it’s the same again this year.”

Kilkenny have been nothing short of impressive in their title defence, beating all who came before them.

Interestingly, their first game proved to be their toughest. That was back in December, when they came from behind to beat an impressive Carlow side.

Niamh Bolger was the heroine, scoring an 87th minute winner as Kilkenny earned a 2-1 win under lights at IT Carlow. The goal was the second part of a swift one-two from the Cats, coming four minutes after Becky Walsh had pulled the hosts back with a brave header.

Spurred on by that win, Kilkenny really showed their claws in their second group game. Kildare travelled to Derdimus and were shown no mercy as the hosts romped to a 5-0 win.

Although they took some time to get the first goal, once Jenny O’Keeffe opened the floodgates there was no stopping them. Second half goals from Breda O’Neill and Becky Walsh were capped by a late brace from skipper Jenny Brennan as Kilkenny secured a home Cup semi-final.

That ruthless streak came to the fore in the semi-final as the Combined Counties were dispatched in a similar manner. Boasting an impressive offensive approach, Jenny Reddy gave the hosts an early lead they wouldn’t give up.

The game was almost beyond the visitors by half-time, as Breda O’Neill and Jenny Brennan made it 3-0, but Kilkenny only began to relax once Jenny O’Keeffe bagged a fourth goal in the second half to set up a repeat final against the Leinster League.

There has been a good blend of youth and experience in the Kilkenny ranks this year, a factor which Egan believes has only strengthened the local side.

“Winning the title last year was great for us, but a few changes have made us stronger,” he said. “A lot of younger players have come into the squad, which has added a competitive buzz to things. We feel we have a stronger bench this time around. Every position is covered and the girls who start give 100% as they know the girls on the line are unlucky not to be playing.”

It’s not just on-field alterations which have worked in Kilkenny’s favour. An addition to the backroom team has also yielded results.

“Bringing David Doyle into the management side has helped,” Egan added. “He has added to the coaching and brings the girls through the warm-up, which gives (fellow manager) Davy Foley and myself the chance to have a word with players and talk through some tactics.”

And Egan is convinced that Kilkenny can come home with the spoils once more.

“There is great heart and commitment in this team,” he said. “The new players have brought freshness to a side backboned by last year’s champions. There’s no fear in this team- they’re ready for Sunday.”