Black and Amber brigade are ready to lead the Youths charge 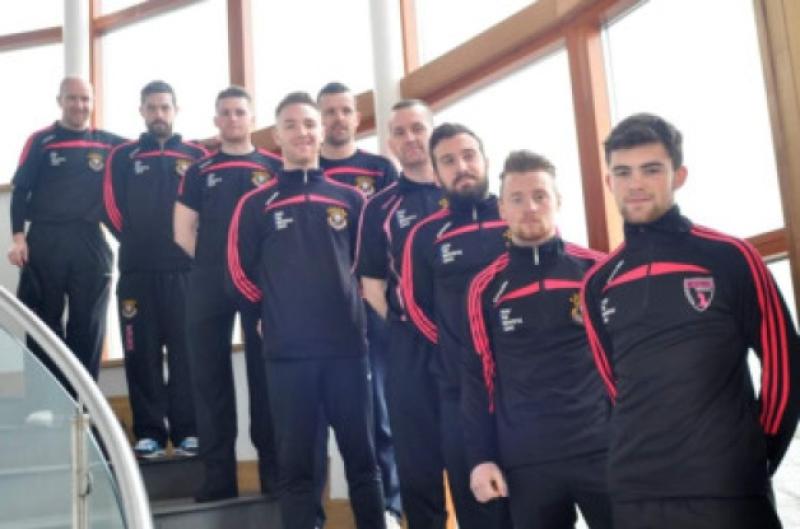 They may play in an eyecatching shade of pink, but there’s no denying the black and amber stripe running through the Wexford Youths ranks.

They may play in an eyecatching shade of pink, but there’s no denying the black and amber stripe running through the Wexford Youths ranks.

With the new Airtricity League season just days away, the South-East club are gearing up for a charge at the Division One title.

And driving them all the way at Ferrycarrig Park will be a contingent of players known to everyone who follows the Kilkenny & District League.

When Wexford Youths begin the 2015 season away to Cabinteely on Friday, as many as eight players who began their careers in the local league could be in the match-day squad.

And, backing them up on the touchline is a management team of Shane Keegan, Sean Doyle and Paul Smith, men with plenty of experience of the local game.

It’s a large number, but a continuing sign of the talent present in Kilkenny soccer.

The local link between the Youths and Kilkenny has been there for a long spell, but exploded when Shane Keegan took charge at Ferrycarrig three seasons ago.

“All of my underage soccer was in Kilkenny - I managed the Clover United juniors as well - so I was well aware of the talent there in Kilkenny,” he told the ’People.

“Soccer does get overlooked as Kilkenny is seen as a hurling county, but with the success that Ronnie Grace’s under-age team has had, not to mention the sides coached by the likes Mick Manley and Gary Maher there was massive potential coming through.”

It’s not just the younger players who have shone. Some of the League’s older guard have also impressed.

“Players like Graham Doyle and Aiden Keenan have been the catalyst of what we’ve done over the last few years,” said Keegan. “I don’t think League of Ireland clubs look at the junior set-up enough. The two lads have come in and built such a reputation that they’ve had a few offers from Premier Division clubs this season.

“A few years ago they might have been dismissed as junior players,” he said. “They might have improved a little since then, but by and large they are the same guys who played for Freebooters and the Lions.”

While players might have been hesitant at first, the numbers have grown once people saw what Wexford were all about.

“We’re operating off a small budget,” admitted Keegan. “What we’re trying to sell to players is that while we can’t give the money that other clubs have on offer we can give them fantastic facilities, video analysis and feedback which we think is as good as any other club in the League.

“It was difficult getting the first two or three players in, but once we did and results got better others began to follow,” he continued. “Now, a lot of players from the Kilkenny area are looking at stepping up to the League. There is so much talent in the Kilkenny & District League, players who are good enough to step up; I see a lot more doing that in the next couple of years.”

Conor English is the latest player to do just that. Signing from Evergreen before the transfer window closed, he has made an impressive start to life at a higher level.

“Conor signed for us on the Thursday before the transfer deadline,” said Keegan. “That Saturday he played against Bohemians and was voted the Man of the Match - talk about making an immediate impact!”

When it comes to picking players, Keegan follows a simple philosophy.

“It’s not necessarily the guy who stands out at junior level that is the player who’ll fit in,” he said. “While you’re looking for a particular player, the reason we’ve done quite well over the last few years - and I’m hoping we’ll do the same again this season - is that our recruitment is based on personality before ability.

“Mick Wallace (the club founder) would tell you he was a little hesitant to see such an influx of non-Wexford players initially, but because of the attitude of the guys coming in, guys like Aiden and Graham, he is happy to have them at the club.

“If the attitude is right, no-one cares where you’re from.”

While the players are a big part, Keegan believes the coaching provided to his squad is second to none. Again, it too has a local connection, with the locally-based Paul Smith from Elite Sports Performance at the helm.

“When it comes to coaching, Paul Smith is quite possibly the best in the League,” said Keegan.

“He was a resource that wasn’t been tapped into enough, but since we’ve had him on board opposing managers have regularly commented that we’re the hardest-working team they’ve come up against. That’s Paul’s doing - he’s been brilliant at that side of things.”

The hard work is continued by Shane’s assistant, Sean Doyle.

“I was looking for someone to bounce things off on a managerial level. Sean came in and he has been fantastic for us as well.”

The hard work is paying off, but Keegan believes more can be done at grassroots level.

“I still think that local leagues need more qualified coaches,” he said. “While you see players taking it more seriously, you’d love to see more coaches getting on board the FAI ladder and to try and improve the standards. Player development starts with qualified coaches.”

Coaches and the next generation of players are the future - the present will see Wexford take on their first challenge with that season opener against Cabinteely this weekend.

“It’ll be an interesting game,” Keegan said of the clash with the newcomers. “To be honest you’d probably prefer to have had them any time other than the first game because they are unknown opposition and if they are going to get a big crowd then it will be on the opening day. It’s not an ideal time to get them, but we have aspirations to do quite well this year - if you want that then the opening game is where you’d want to start that drive, most certainly.”

One of the candidates to go up last year, but for Galway’s great run Wexford could have been in the top flight this term.

“Galway kept us at arm’s length the whole way,” he said. “We went the last ten games of the season unbeaten - I think they went 11 games without a loss. It was brilliant for us to put such pressure on them, but I think we didn’t really believe we could challenge for that at the start of the season. We talked the talk, but I don’t think we really believed it. The fact that we had such a fantastic end to last season has given the lads real belief this time - they’re not just saying that we can challenge now; they actually believe it 100%. This time there will be that belief from the start, which will be huge.”

And that could be achieved with a little more support from home.

“Kilkenny players are doing really well in Ferrycarrig,” finished Keegan. “Let’s try to get a few more Kilkenny people down to cheer them on. They should be proud of the players their county has produced.”