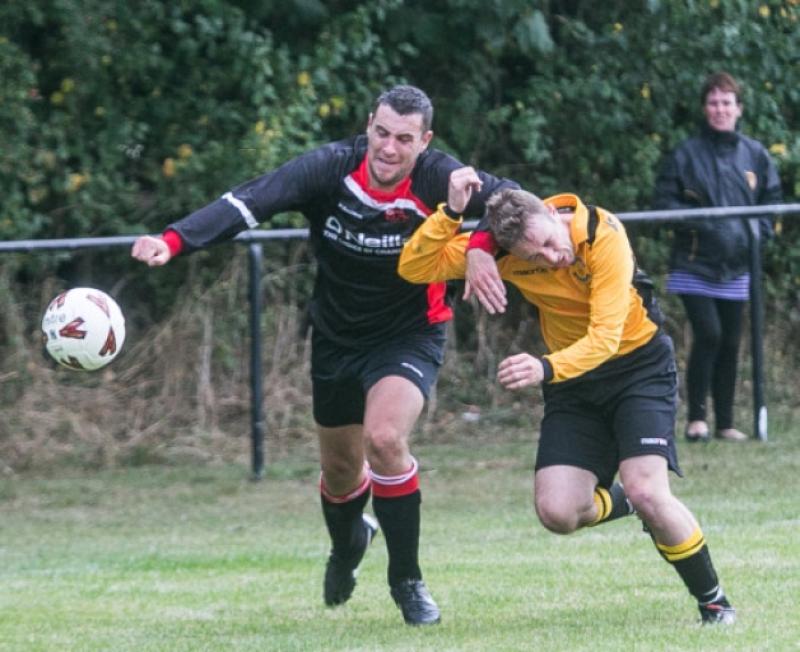 Going with youth has finally paid off for the Kilkenny & District League’s Oscar Traynor team, who roared into a high-scoring start on Sunday.

Going with youth has finally paid off for the Kilkenny & District League’s Oscar Traynor team, who roared into a high-scoring start on Sunday.

Since taking charge of the side manager Ollie Walsh has stuck to the task of bringing in young players from local clubs to test them at the top level.

The smouldering idea finally ignited as they scorched past the United Churches League in Derdimus.

The real pleasing part of Kilkenny’s win was how a young side answered every question posed by the opposition, even when Declan Murtagh made it 3-2 with six minutes left.

The UCL pressed for an unlikely leveller but a youthful defence backboned by Nigel Stanley and Robert Skehan kept the Dubs at bay, Andy Kavanagh and Dylan Whearty dropping back to help out as the pressure increased.

Better was to follow, as Kilkenny’s young guns drew the opposition in and killed them off. Captain Jack Poyntz started the finishing move in the 90th minute, cutting out a UCL attack by taking a ball on his chest before splitting the visitors wide open with an incisive pass to Emmet Nugent.

The young sub saw his chance and took it, skinning Darryl Kinsella with a deft touch before rounding ’keeper William Wylie and finishing to an empty net.

Kilkenny attacked with the same impetus from the start. Dean Broaders and Dylan Whearty hit the woodwork with headers created by menacing Conor English deliveries before the hosts took the lead on 17 minutes, Grincell racing in to finish after a brilliant Broaders free clattered off the underside of the bar and bounced on the goal line.

Purring along, within nine minutes the Cats were two clear. Robert Skehan timed his run to perfection, connecting with Tommy Earls’ booming free to send a looping header over Wylie.

Kilkenny dropped the pace in the second half, but were sparked back into action once Ger Barry pulled a goal back on 53 minutes. Grincell restored the two-goal lead on 66, coolly slotting a loose ball home after English had been upended outside the box. Grincell completed the emphatic win in injury-time, cheekily taking Robbie Lynch’s booking kick-out past Kinsella and firing it home.