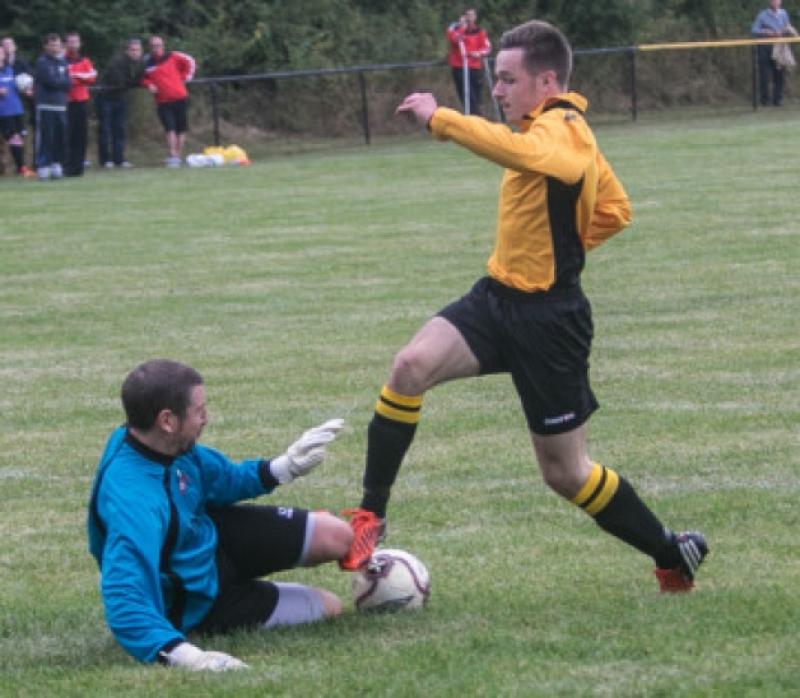 “It was a great performance all round,” he said, beaming after the Cats opened their inter-league campaign with a 5-2 win over the United Churches League on Sunday.

The key to victory for Walsh was how the younger players, players he had introduced to the squad, had performed.

“We always said it that when you bring in young lads things aren’t going to happen overnight,” he said. “It’s a three or four year plan. When the likes of Conor English and Emmet Nugent came in they were only 16 years of age - they’re 19 now and you can see they’ve come on in those few years.

“Andy Kavanagh came in late as a replacement for the injured Niall Andrews - he and Dylan Whearty were outstanding,” the manager added. “Look at the bench too - we had Chris Whearty to come in, while Emmet Nugent came on and scored. Up top Dean Broaders and David Grincell are top quality players while the defensive pair of Nigel (Stanley) and Robert (Skehan) might be young but they were rock solid.

“You need that stability, especially at the back, while our goalkeeper Robbie (Lynch) was solid. For the first time since I’ve been in charge there’s a strong spine core to our team.

“We’re in a strong position now,” he said ahead of the game against Carlow. “We can go there without any fear of that match. The ball is in our court.”