Broaders back in the goals again

AARON Broaders’ incredible run of form continued as Thomastown United A marched back to the top of the Premier Division.

AARON Broaders’ incredible run of form continued as Thomastown United A marched back to the top of the Premier Division.

Broaders, who signed for United during the transfer window, continued his fine goal-scoring way as he helped Thomastown beat the Lions A team 4-1 on Sunday morning.

Broaders has hit the net three times already in three games for Thomastown, and doubled his tally with a hat-trick that secured maximum points for last season’s Division One title winners.

With Eamon Lyster adding a fourth, Thomastown had no problems moving back to the top of the table after last week’s loss at home to Evergreen A. That was only the second game United had lost all season, but as Evergreen have three games in hand Thomastown will be keen to extend this winning run and hope their rivals slip up - not least in their game against a relegation-threatened Fort Rangers next Sunday morning. The return clash between Evergreen and United at the Kells Road later in the season could be one worth waiting for.

Freebooters A made sure they kept their name in the title race, albeit as an outside hope, after beating Clover United A 3-0 at the Fair Green. The Blues have not had the best of things lately - as well as losing to Bridge United last week they also lost Derek Brennan and Eddie Clifford to Thomastown and AC Kilkenny A respectively - but they picked up three points at home to the in-form Rathdowney men.

They didn’t have it all their own way, however. The city side were fortunate to be level early on, as Clover had a goal disallowed, but a Damien Raggett penalty settled their nerves. With Clover also losing a man in the spot-kick incident their resistance was broken, Niall Kiely also getting in on the scoring as the city side secured the spoils.

The top two played out a stalemate on Sunday, leaving East End United A as the big winners - even if they didn’t play.

The Bennettsbridge men have played three games more than Newpark but are level on points with the city side, who slipped into second thanks to that 0-0 home draw with leaders Southend United.

Perhaps the busiest division in the league, the end picture is still not clear here. AC Kilkenny A made sure of that, arresting their slump in form as they beat Callan United 2-0 at the Water Barracks on Sunday.

Callan have had a wretched run of form in the league this year, winning just two of their 11 games to date. That form, albeit boosted by three draws, means they are just one point clear of second from bottom Stoneyford United, but they have played two games more.

Callan’s last win was in November, when they battered Urlingford 4-1 away from home. Sunday’s loss means they have now picked up just one point from four games since that win, a 2-2 draw with Newpark on January 13.

Sunday’s trip into the city wasn’t as good to them, as some bad luck allowed the hosts to capitalise and take control. Slack defending from a corner allowed Ian Ryan to give AC the lead, while a Callan mistake allowed new signing Eddie Clifford to cap his first appearance in the black and amber with a goal.

The goal did more than dent Callan’s survival hopes. With the win under their belts AC will be hoping to force their way back into the promotion shake-up - they are now six points off the lead - now that they have won their first match in four.

Elsewhere Highview Athletic’s miserable time in Division One looks to be all but over. Urlingford’s 3-0 result means that Highview are all but mathematically relegated back to Division Two, as Urlingford - now fourth from bottom - have moved on to 16 points. Sandwiched in between are Callan (9pts) and Stoneyford (8pts).

Thomastown United’s hopes of breaking into the top two in Division Two were abruptly halted when River Rangers brought them back to earth with a bump.

Darragh Murphy, Gearoid Murphy and Jason Darmody helped the Kilmanagh men to their fourth win of the season - interestingly, all have come at home. Thomastown stay in fourth place in the table, but with third-placed Newpark B boasting a game in hand United’s promotion hopes may have been shut off.

Newpark, for their troubles, kept on the heels of second-placed Freshford Town with a 1-1 draw against - Freshford Town! The result means the city side, who scored through Michael Hayes, are two points behind the Town but have three games in hand.

The third game in the division saw Brookville get the better of Clifden United.

Brookville took control of the game and went in at half-time 1-0 up thanks to Alan Ruth. Although Clifden drew level after the hour, Ruth’s second goal 15 minutes from time secured the spoils.

The win helped Brookville push their points tally into double figures for the season. Better yet, they have three games in hand on the sides below them in the table - Clifden and St John’s - and are just one point behind River Rangers, who have played two games more.

There was only one game in Division Three, where AC Kilkenny B beat Orchard Rovers 2-1. The result does little to alter the table, however, as unbeaten Bridge United B remain five points clear of St Anne’s at the top of the table. The sides will meet in Gortnahoe next Sunday in what could be an intriguing battle. With only two games left, can Bridge remain unbeaten? 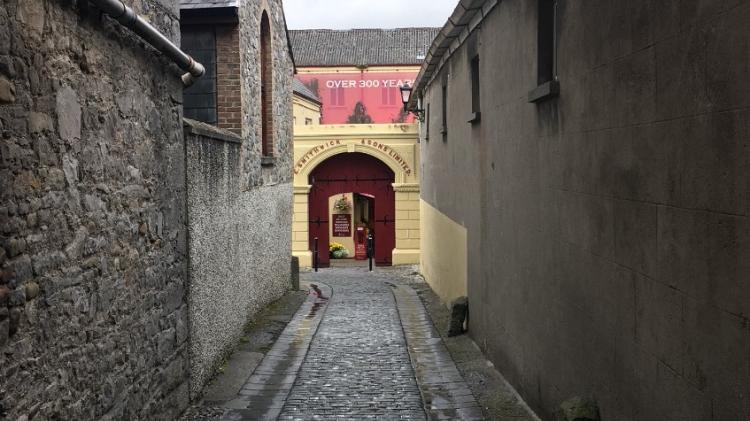