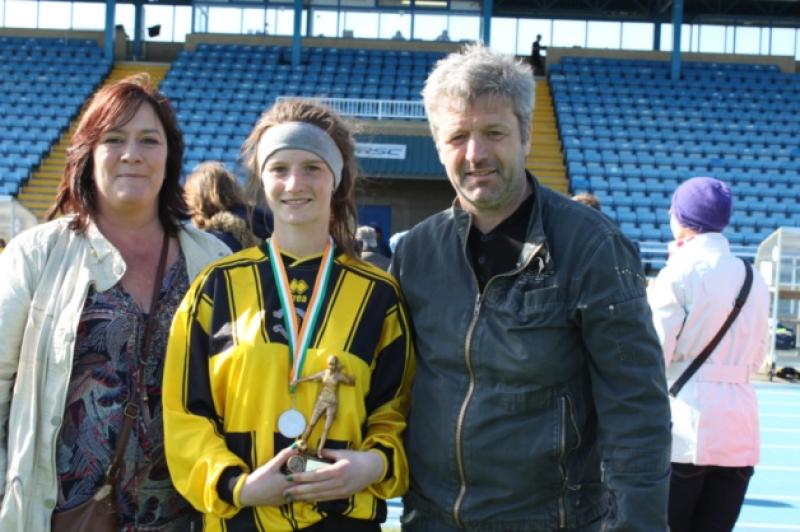 The Kilkenny & District League’s girls’ team stepped up their Gaynor Cup preparations by scoring some good results in the Viking Waterford inter-league tournament.

The Kilkenny & District League’s girls’ team stepped up their Gaynor Cup preparations by scoring some good results in the Viking Waterford inter-league tournament.

The team, under the watchful eyes of trainers Paul McGinley, Michael Clifford and Rachel Lynch, were grouped with Limerick County and Metropolitan (Dublin).

The locals made a nervy start, falling behind to Metro before Kilkenny midfielder Tara Clifford took control of the game and drove her side on. After a sustained period of pressure, the dynamic Rebecca Walsh hit the net to earn her side a deserved point.

The Cats were thankful to goalkeeper Christine Coffey for saving a penalty in their second game against Limerick County.

Spurred into action Kilkenny began to play some good football, with Jennifer O’Keeffe and Aoife Cantwell creating chances that were finished by strikers Lauren Valentine and Rebecca Walsh. With Olivia Nolan putting the icing on the cake with a sublime free-kick the Noresiders won 3-0 to top their group.

The Midlands were no match in the semi-final. While Ali O’Keeffe and Olivia Nolan were solid at the back Jennifer O’Keeffe gave a virtuoso display, scoring twice to send her side into the final.

Kilkenny faced the tournament’s surprise package Wexford in the finals, but couldn’t get the better of the Model County girls. Caught out twice from set pieces early in the first half, Kilkenny tried to battle back but couldn’t breach the Wexford defence.

Despite the final result the competition proved to be a good exercise for the team. The weekend finished on a high as Kilkenny’s Jennifer O’Keeffe was named Player of the Tournament.