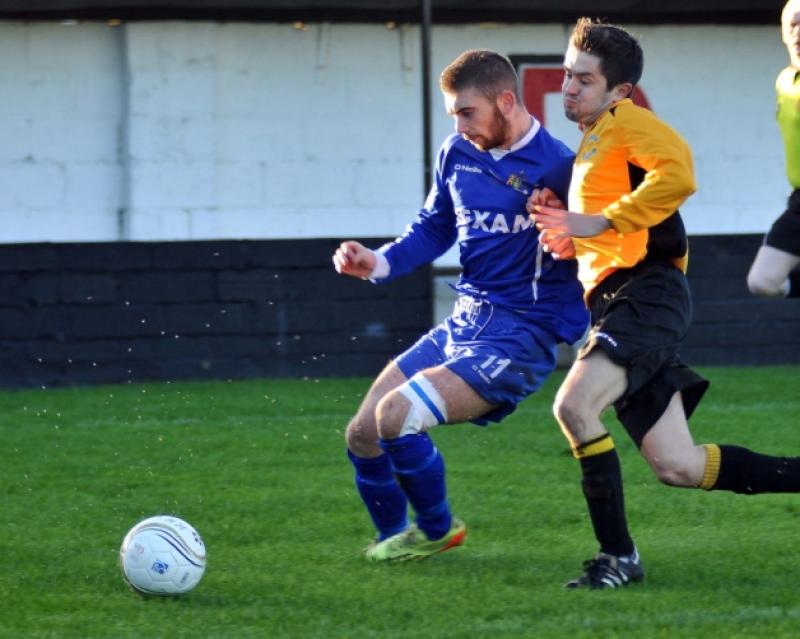 Kilkenny showed a different side to their game, one that saw them roar back into Oscar Traynor Trophy contention.

Kilkenny showed a different side to their game, one that saw them roar back into Oscar Traynor Trophy contention.

With the pain of their opening day defeat to Wexford still raw, the Cats made the perfect comeback when they confidently swept Waterford aside in Castlecomer on Sunday.

“That was the type of performance you saw us give last year,” a satisfied boss Ollie Walsh said after their impressive 4-0 win.

“That’s what they are about - that intensity from the start showed they were really up for it. Whatever happened the last day (against Wexford) it didn’t happen, but this time there was a phenomenal performance from everyone.”

Kilkenny were vastly different from the side who lost to Wexford to Bunclody. Right from the off they tore at Waterford, snapping at their heels and challenging for every ball while also showing the composure to create chances when possession was theirs.

They didn’t hang about when it came to asserting their control of the game, taking just six minutes to get a firm grip on proceedings.

Pressed into attack, centre-half C.J. Browne did well to take down a diagonal ball from Tommy Earls and tee up Conor English. His shot was stopped by netminder Adrian Walsh, but Michael O’Neill pounced to nod home the rebound.

The goal stung Waterford into life, but while they had glimpses of goal from a series of Lee Russell corners they failed to press Kilkenny on the follow-up.

That hesitancy proved fatal, as the Cats doubled their lead in sparkling fashion with 25 minutes on the clock. Conor English was the provider, working space on the right before finding an angle to split Waterford with a lofted diagonal ball.

Michael O’Neill read the delivery and did the rest. Splitting the central defenders, O’Neill burst through on goal before drilling an unstoppable shot inside Adrian Walsh’s right hand post.

English and O’Neill were heavily involved again soon after, when Kilkenny should have made it 3-0. Picking up English’s pass, O’Neill cleverly slipped David Grincell through on the right. Sprinting into the box, Grincell let fly with a low menacing strike, but Walsh did well to get down smartly and deny the Kilkenny captain.

The danger wasn’t over. O’Neill moved in to pick up the loose ball, doing well to set up English for another pop at the target, but he couldn’t add the finish.

The second half saw Waterford up the pace. Showing a renewed force they threatened the hosts, but couldn’t close the gap. Emmet Johnston stabbed over from close range while Tom Whitty went closer, glancing a header narrowly wide from Mark O’Keeffe’s menacing 56th minute corner.

Kilkenny were forced to defend a lot deeper after the restart, but were determined not to let Waterford back into the game. Paddy Cahill and Andy Kavanagh led the charge from midfield, shutting down the visitors at every turn as they constantly frustrated Waterford.

And when they did get through, Waterford found the Kilkenny defence to be just as mean. The Blues went within a whisker of pulling a goal back when Lee Russell pumped a free into the box. When Emmet Johnston went up to challenge Robbie Lynch the ball spun towards the net, but Waterford’s cheers were cut short as C.J. Browne got back to hook the ball off the line.

That was as close as Waterford would come to getting back into the game. Within minutes they were three goals - and a man - down.

A timely tackle from Browne saw the Cats turn defence into attack. Taking the ball clear, Browne drilled a peach of a ball down the left for Nathan West to chase and drive forward.

Breaking with pace, West worked the ball on to David Grincell, who went to go around Adrian Walsh but was hauled down by the netminder.

With Walsh red-carded, there was a lengthy delay while sub ’keeper Sean Whitty was introduced to the fray. It mattered little to Nathan West, who coolly fired home the spot kick.

The goal killed off Waterford’s hopes, but Kilkenny weren’t finished. Hungry for more, the hosts grabbed a deserved fourth in stoppage time, West breaking from the half-way line before drawing Whitty from his line and adding the composed finish.

The fourth goal was the final point on a solid performance for manager Walsh.

“It would be very hard to pick a Man of the Match from that game,” he said. “They were outstanding all over the pitch.

“The first half was as good a performance as you’d see anywhere,” the manager added. “They really wanted it, and their confidence was up after those goals. No matter what sport you’re playing, if you work hard you get the results. They were magnificent.”

While Wexford top the group with six points, the win means Kilkenny are level with Waterford on three points. A result over winless Carlow in their last group game could see the Cats make the knockout stages.

“This result brings everyone back into the reckoning to get out of the group,” said Walsh. “It’s wide open, but this win puts us in the driving seat as the group goes on results.

“Getting the third goal was important. There was a delay in taking the penalty but Nathan (West) was ice-cool. He was right at it today and he learned from what happened in Wexford.”

West doubled his tally when he added a fourth goal in stoppage time, something which could be so valuable on the final day.

“That might be vital,” the manager agreed. “Everything is back in play but if we can replicate that performance against Carlow, well then we’ll be alright.”