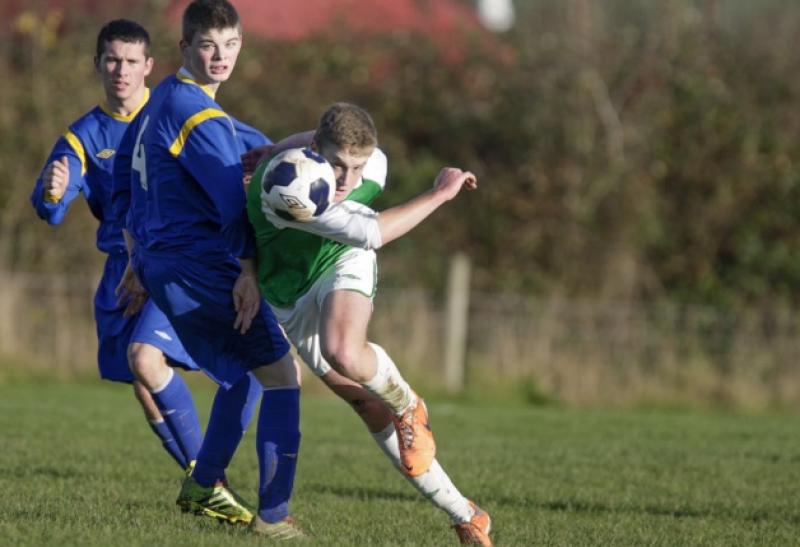 There are no other words for it - it was simply an incredible performance!

There are no other words for it - it was simply an incredible performance!

The Kilkenny & District League’s Youth team showed amazing powers of recovery, battling back from two goals down to crush North Tipp with a six-goal blitz in 22 minutes in Drombane on Saturday.

The Cats looked to be facing an uphill battle when they trailed North Tipp 2-0 well into the second half, but a surge in gears left them freewheeling to the final whistle.

“What a comeback,” said team manager John Maclean. “Credit to the lads they showed character.”

Given their performance in the opening 50 minutes it was a cruel result on the hosts, but once Kilkenny smelled blood they went for it - and how!

The comeback to end all comebacks started with 66 minutes on the clock. Tipp thought they had survived when Dylan Kavanagh’s header was cleared off the line, but Alex Conway pounced to alms home the rebound.

Two minutes later, the Cats were celebrating an incredible equaliser. Buoyed by their first goal, Kilkenny pressed for another. Bill Whelan and Sam Watkins led the charge from the right, feeding the ball to Peter Henebry.

Tipp cleared their lines, but when the ball spilled loose Mark O’Neill made the call for possession. Striding on from midfield he drilled a low raking diagonal shot from distance. Paddy Dunne for his hand to it, but couldn’t stop the ball finding to the bottom left hand corner of his net.

Tipp were flattened by that hammer-blow, but worse was to follow. Four minutes after their first goal, Kilkenny had a third.

O’Neill was the provider this time, firing in a menacing corner, but the finish was all Chris Keane’s. Bursting in, the defender soared highest to get a towering header on the delivery.

Such a finish looked anything but possible given the way Tipp roared into action. Led by the pace and trickery of Denis Haverty and Mikey Greed they had the Cats on the backfoot from early on, but couldn’t make the final ball count.

Kilkenny weathered the storm in solid fashion, almost taking the lead after a quarter of an hour. In their best move Cian Loy did well to win a booming free, knocking the ball down to Nathan Cody. Running to the corner he dragged a low ball across the box, one Alex Conway go to, but Dunne clawed his shot out before it crossed the line.

Kilkenny pressed on after that, even getting over the loss of keeper and captain Aidan Hynes to injury. Sam Watkins went close with an acrobatic flick on 23 minutes; Conway went closer again when played through by a clever Henebry ball, but Dunne stuck out a foot to block the strike.

Failing to take the chances proved costly, as Tipp hit back for the opener nine minutes from half-time. The Cats switched off from a throw-in near their own corner and paid a heavy price when Greed jinked his way into the box and squeezed a shot across sub ‘keeper Adam Garrett and inside the far post.

Tipp held that lead until the break, but took just six second half minutes to take a stronger grip on the game. Francis Munsterberg showed great skill to take down a Josh McCarthy free in the right corner, killing the ball with one touch. He flicked it across the face of goal to Denis Haverty, who coolly chested the ball down before slamming it inside the post.

It was a move worthy of winning any match - but Kilkenny weren’t about to turn the game on its head.

Before they knew it, Tipp had gone from two up to one down. Such was the speed of their downfall the hosts’ heads were left spinning, as Kilkenny tore them asunder.

Hungry for more goals, the Cats went on the prowl. They grabbed their fourth via another set-piece, Cian Loy pouncing to head home from Sam Watkins’s menacing 73rd minute corner.

Still, Kilkenny weren’t finished. They ended their purple patch in fine fashion, adding a fifth goal in 11 minutes after Mark O’Neill’s shot found the net via a deflection off Loy.

North Tipp were long sunk by now, their hopes of building on an opening day draw with Waterford flattened.

However, Kilkenny weren’t finished. On an unforgettable day they smashed home a sixth goal in the 88th minute. The chance looked to have escaped when Sam Watkins miscued his shot but Bill Whelan nipped in to pick up the loose ball, then squeeze it home from the tightest of angles.