Patience pays off for Duggan ahead of big World Cup clash 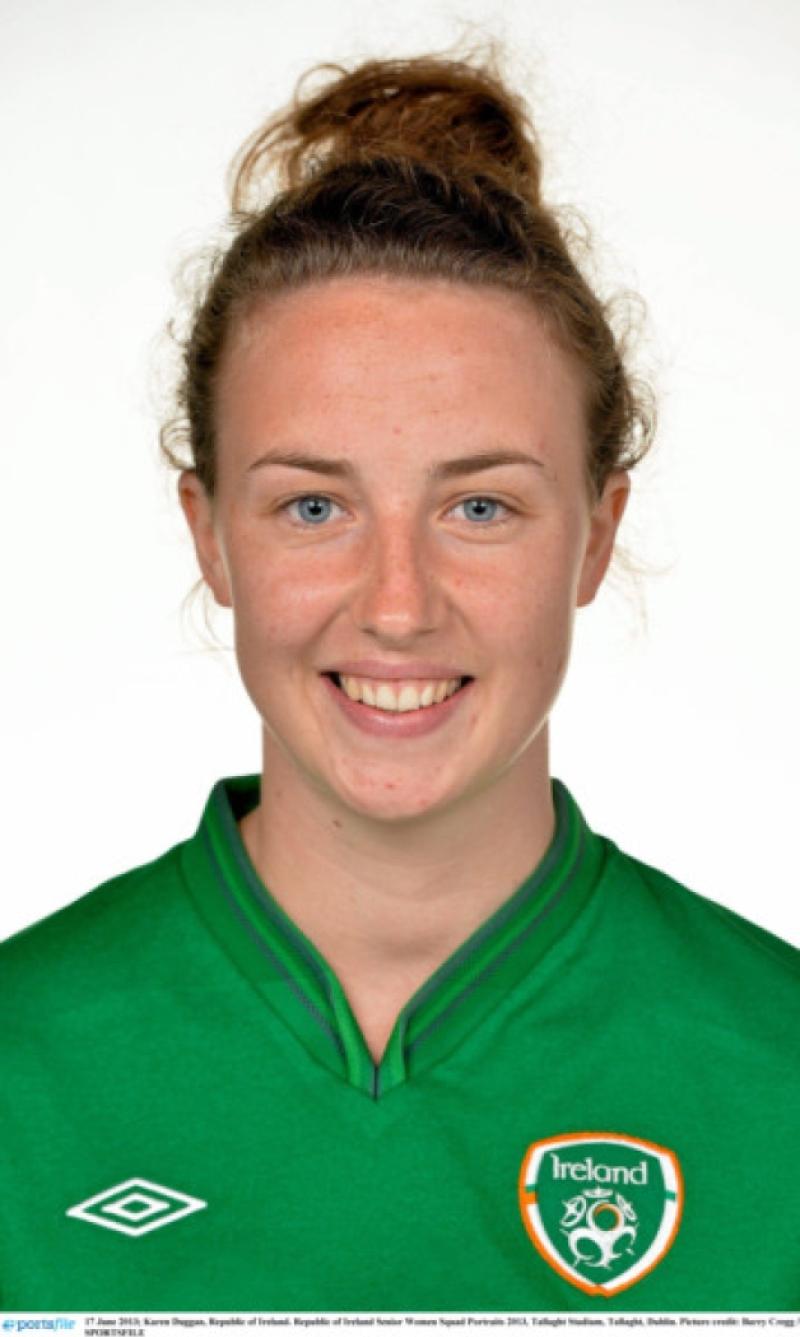 Patience finally paid off for Republic of Ireland defender Karen Duggan during 2013. Now she is now looking to nail down a starting place in 2014.

Patience finally paid off for Republic of Ireland defender Karen Duggan during 2013. Now she is now looking to nail down a starting place in 2014.

The 22-year-old from Piltown had been around the national senior squad for over two years before she finally made her debut in the 1-0 win over South Africa at the Cyprus Cup last March. She was then involved as an unused substitute for the next five games but her chance came last October when Megan Campbell’s unavailability gave her a starting place in the World Cup qualifier against Slovenia.

“That was the highlight of my international career so far as I’d been around the squad for a long time waiting for my chance,” said Duggan. “It was my first competitive start and was a great moment for me. What made it even better was that we won the game and kept a clean sheet.”

A defender by nature, Duggan is equally happy at centre-back where she plays for Peamount United having joined Eileen Gleeson’s outfit prior to the club’s successful Champions League campaign in 2011 when they came through their qualifying group and met French giants PSG in the last 32.

“That was an unreal experience playing against a quality side like PSG,” recalled Duggan who previously played for her home club Piltown as well as Tramore, in addition to earning international honours for Ireland at schools and under-age levels.

“Moving to Peamount and playing in the Bus Éireann Women’s League has also been good for me because you not only get to play against the best players but you are also playing alongside very good players and you get to play a bit of football.

“Myself and Julie Ann Russell joined at the same time and, as we were both at UL, we travelled up to training together. It was nice to have a familiar face in the national team squad when I got called up.”

Duggan graduated from University Limerick last season and secured a job as a science teacher at Coláiste Chriost Rí in Portlaoise which has certainly cut down on her travelling.

“I was travelling up to Dublin from Limerick for several years for training and matches so it’s nice to be a little nearer,” she said. “The school is great and they have been very supportive which I appreciate. It’s a very sporty school so I am really enjoying it.”

Duggan was speaking at the Irish team’s Winter training camp in La Manga. Her first ever camp of this nature, she enjoyed the experience.

“I think it is a really good idea,” she said. “We were off for three weeks over the Christmas period so it has really shocked us back to action.

“It has shown us where our fitness is at and where we need to get to and it has also been good to get the squad together early. Everybody is in good form after the start to the World Cup qualifying campaign so we are really enjoying being together again.”

Amid all the fitness tests and coaching sessions was a training match against Holland which Duggan enjoyed.

“They were a quality side and tested us a lot. It gave everybody a chance to play which was good as I believe the more matches you play the more confident you get.

“I played centre back against Holland, having played at left back against Slovenia but I don’t mind either position. I play in the centre for my club but left back does allow you to get forward.”

The training camp in La Manga and March’s trip to the Cyprus Cup are preparation for the resumption of the World Cup qualifying campaign on April 5 at home to European Champions and Group One leaders Germany.

“That is definitely one game we are all looking forward to,” she said. “They are one of the best teams in the world. It will be a big test for us, as will the game the following month against Russia, but we are hoping that we can do enough to at least finish in second place.”