Drennan determined to deliver during loan spell at Carlisle 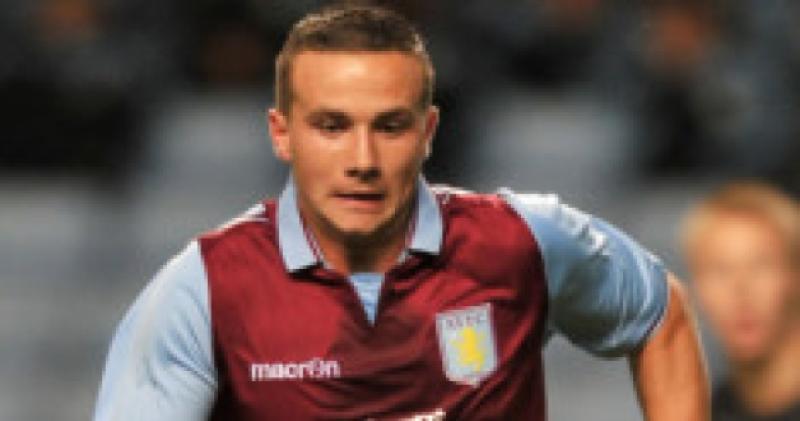 Kilkenny’s teenage striker Michael Drennan has a new target - to get among the goals at senior level and show how good he is.

Kilkenny’s teenage striker Michael Drennan has a new target - to get among the goals at senior level and show how good he is.

The 19-year-old is hoping to get his chance after joining Carlisle United on a loan deal from Premier League club Aston Villa.

A product of Villa’s youth system, Drennan has made the decision to join the League One club on a short-term deal in a bid to get back into scoring form following a lengthy lay-off.

The move was announced on Friday, with Carlisle manager Graham Kavanagh full of praise for the Kilkennyman.

“Michael has been on our radar for a while,” said Kavanagh, a former Republic of Ireland senior international.

“I’ve watched him play. He’s a centre forward who knows where the goal is.

“He had a metatarsal injury last season so he’s working his way back up to full fitness. He’s looking for an opportunity to show what he can do and we’re happy to give it to him. Hopefully he’ll get us some goals.”

While the Carlisle deal might be Drennan’s first experience of senior football, Kavanagh is certain the teenager won’t be overawed by the challenges he’ll face in England’s third tier.

“The key for any player we bring in is that he wants to be here and you can tell that Michael is hungry to play,” the manager said. “He wants first team football.

“Some young lads coming from Premier League teams don’t really know what to expect but he’s been to a few League One games to see what it’s like and that’s very pleasing to hear. He knows it isn’t the same as under-21 football and he’s here in a good frame of mind.”

Drennan, who will wear the number 31 for the club, made his debut in Saturday’s 4-2 loss to Colchester United. The result leaves Carlisle still battling to beat the drop, but he is convinced he has made the right choice in joining Carlisle.

“I heard about the possibility of the move on Wednesday so it has all happened quite quickly,” he said. “There were a few other teams interested but Graham Kavanagh being here was a big draw.

“This is my first loan spell so I’m really looking forward to it,” he added. “I’ve been out with the metatarsal injury for about nine months so I’m itching to play now - I’ve been fit for about two months now so I’m ready to get going again.

“Hopefully I can get a run in the team,” he added. “I want to show what I can do and score some goals as well.”

The injury was a huge blow for Drennan, who had been going from strength to strength during his time with Villa. Snapped up by the club from Evergreen, he rose through the ranks with the Midlands side, attracting attention at all levels.

Leaving the safety net of Kilkenny for a career as a professional footballer was a big step for Drennan to take, but the player - who has also been among the goals at various levels for the Republic of Ireland - is convinced he has made the right move.

“It was a great feeling to know that one of the biggest clubs in the country wanted me,” he said. “I do miss home at times, but Villa are a big club and it’s just part of the job.”

Drennan has been bang in form ever since he joined Villa - academy manager Bryan Jones described him as a striker who ‘scores goals for fun’.

Coming up through the ranks, Drennan was the top scorer for the Villains as they marched to the UEFA Next Gen series title - a European competition designed for under-19 footballers. He finished as the second top scorer overall with six goals, but disaster struck when injury in the last 16 win over Ajax saw his season come to an abrupt halt.

“My foot injury was frustrating because originally I was only going to be out for three months,” he said. “I came home during the Summer and when I got back for pre-season it still hadn’t healed properly.

“I had to have an operation and that set me back again. I’m really thankful to Villa for sticking by me during that time because I was injured during the last three months of my contract. They showed some faith in me and offered me a new deal (which will take him into 2015) which was fantastic.

“Graham Kavanagh has told me to work hard and I’ll make sure my movement is good. Hopefully the goals will come with that. As long as I’m contributing to the team then I’ll be happy ... but goals are obviously my main target.

While Drennan was disappointed to make a losing start to his time at the club (“It was good to get my league debut,” he said, “but we shouldn’t have lost that game”) he is confident that he will enjoy his time with the club, using it to force his way into Villa manager Paul Lambert’s plans.

“I’m hoping to follow Andi Weimann’s footsteps,” he said. “Andi has done really well for himself. He’s an international, starting for Austria and he’s a regular for Villa as well.

“He went out on loan and came back and proved himself here by scoring goals. Andi is one player I look up to - he has been on the same path as me, coming through all the age levels and he’s scored goals for his country. However, we’ve also got Gabby Agbonlahor and Cristian Benteke, great players to learn from.

“I wanted to go out on loan to get some experience playing against men. That’s my aim - I’ll try to score some more goals but I want to bring what I’ve learned at Villa into this now.”