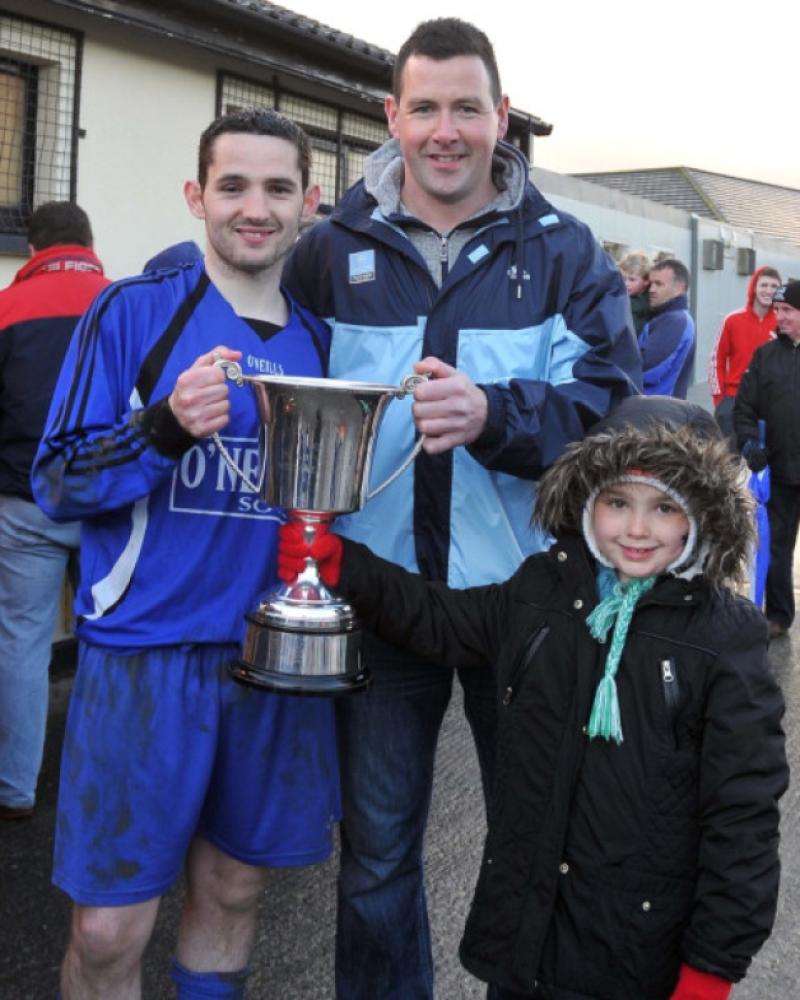 Just one composed Paddy Kiely kick was enough to make sure Freebooters B celebrated a Blue Monday at Derdimus.

Just one composed Paddy Kiely kick was enough to make sure Freebooters B celebrated a Blue Monday at Derdimus.

Played in heavy downpours which made it feel more like Winter than a Summer’s evening, the game hinged on the moment when the tricky Aidan Nolan was clipped by a tackle just inside the box.

Kiely stepped up to the kick and made it look effortless. Without a hint of nerves he wrong-footed Saints ‘keeper James Holden, drilling the ball into the bottom right corner.

In a tight game that one strike proved enough for a ‘Booters side who are surely on the road to recovery.

It wasn’t long ago that the Fair Green side were in the Premier Division with their club mates Freebooters A, but some bad seasons saw them drop down the ranks.

Now, along with St Mary’s, they’ll have Division One ball to look forward to next term, a positive end to a silver-filled season.

Mary’s weren’t there to just make up the numbers. Having beaten Freebooters in the McCalmont Cup recently they harboured hopes of scoring another Cup win against their near-neighbours.

The sides had to battle the elements as well as each other for most of the game, a factor which led to few goal chances. Aidan Nolan used the slick surface to drive in a free which skidded in front of Holden, who did well to swat the ball away.

At the other end Vinny Wallace showed strength to hold off Davy Kenny and get on the end of a booming Holden kickout, but he flicked his 18th minute shot wide of the far post.

The best chances of the half fell Freebooters’ way, but they couldn’t take them. Danny Kenny blasted a free header over when he got on the end of Nolan’s 32nd minute corner. He almost had another bite at the cherry soon after, when Anthony Hanney’s free zipped across the greasy pitch, but the pace on the ball took it past his foot.

Once Kiely gave his side the lead in the second half, Freebooters put on a defensive show. The back four remained solid, limiting Mary’s to one chance of merit. That fell to Vinny Wallace, who did well to control Aaron Duggan’s 66th minute pass, but he volleyed wide from the edge of the box.