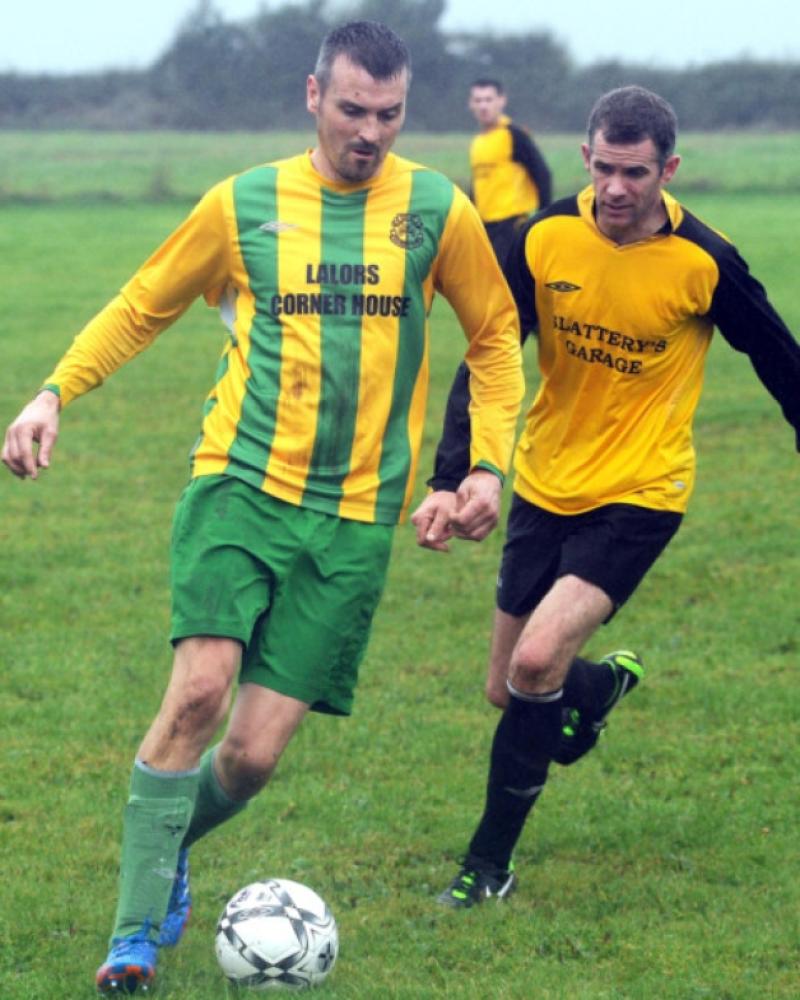 The new junior soccer season is just about to kick-off, but the Kilkenny & District League may have already suffered its two biggest losses.

The new junior soccer season is just about to kick-off, but the Kilkenny & District League may have already suffered its two biggest losses.

The 2014/15 campaign will be notable for the absence of two of the longest-standing competitors.

With competitions set to begin this evening (Wednesday) with the opening round of the Pat Maher Shield, delegates present at the League’s first committee meeting of the new season were informed that East End United and Southend United will not field teams in any of the men’s junior divisions.

“The clubs told the League that they cannot commit to having teams for the new season,” League chairman John Corrigan told the ‘People after the meeting.

“Players from both clubs are heavily involved with hurling in their parishes, both of whom are hoping to have good runs throughout their respective championships (Southend will have players competing with Ballyhale Shamrocks in the senior hurling championship, while East End have a large number of players involved with Bennettsbridge in the county junior championship).

“Their absence means that we’ve lost a bit of history,” Mr Corrigan added. “East End have had some great players involved down through the years and have been one of out long-standing clubs. Southend United are a newer side, but there has been a great history of soccer in the area. They started out as K United, breaking into Knockmoylan and Abbey Villa before reforming as Southend.”

News of the withdrawals forced an 11th hour reshuffle of fixtures and competitions.

While there was uncertainty surrounding Southend’s presence in Division One - they withdrew from the competition late last season - East End United’s absence has brought a change to the Premier Division line-up.

East End’s loss has been Bridge United’s gain. The Goresbridge club, who were relegated to Division One following a play-off loss to Lions last season, have been elevated back to the top flight.

Division One has seen other movement too. Deen Celtic will play in Division Two this season, dropping down a level to give a new-look side predominantly made up of youth team players the chance to get to grips with the junior game.

It hasn’t all been bad news for the men’s leagues, as the League welcomed one new participant and the return of an old friend. St Mary’s have joined the ranks, while Ormonde Villa will field a junior side for the first time in many seasons. Both teams will play in Division Two.

There have also been changes in match venues. With Garringreen, the Waterbarracks and Newpark Fen unavailable for the opening weeks the League headquarters at Derdimus will host a number of games for several teams. Newpark A are also on the move and will play all their Premier Division home games at Buckley Park.

While there have been comings and goings in the men’s game, the women’s league has been decimated. The meeting heard that there are currently just four teams signed up for the new season - East End, Tullaroan, Lions and Newpark - meaning that up to six of last year’s teams may not be involved this time. It is hoped that Ballacolla and Freshford Town may return, but Bridge United, Evergreen, Piltown and Clover United have not indicated whether they will compete this term.

The news isn’t all bad for the women’s game. The meeting heard a healthy debate on age gradings for the schoolgirls’ section of the League, where it was decided to keep the groups at under-10, 12, 14 and 16 levels.