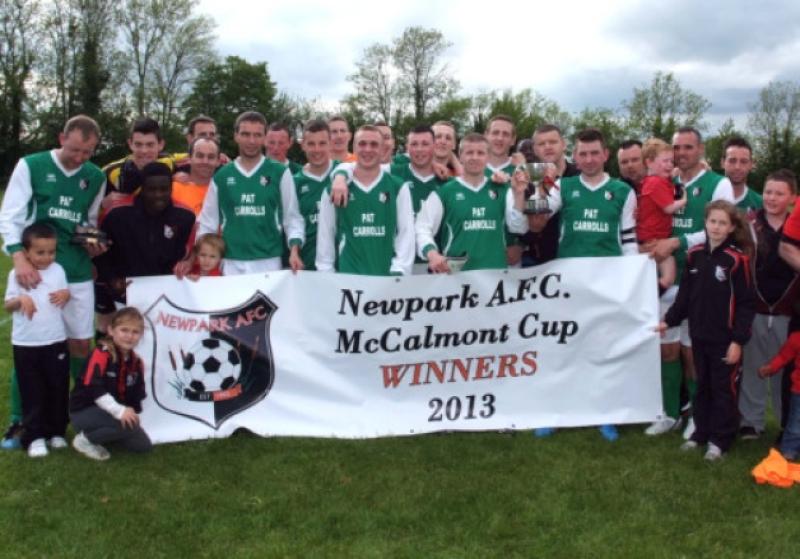 AGONY was replaced by ecstasy as Newpark A finally got their hands on the McCalmont Cup.

AGONY was replaced by ecstasy as Newpark A finally got their hands on the McCalmont Cup.

One year after losing their first-ever McCalmont Cup final, the city side were back on the big stage at Derdimus on Sunday. This time they went one better, Shane O’Neill scoring the only goal as they beat Ballyragget’s Brookville 1-0 to clinch the silverware.

O’Neill’s most important goal of the season arrived in the 71st minute, the winger steadying himself in the box to beat goalkeeper J.J. O’Sullivan at the second attempt and spark scenes of celebration at the home of the Kilkenny & District League.

Victory was another chapter in the club’s success story that has been season 2012/13. As well as lifting the McCalmont Cup the A team also won the Division One league title, earning a place in the Premier Division next season. It was also a good year for Newpark B, who finished second in Division Two to earn their second successive promotion.