Will ’Green attain drive for five? 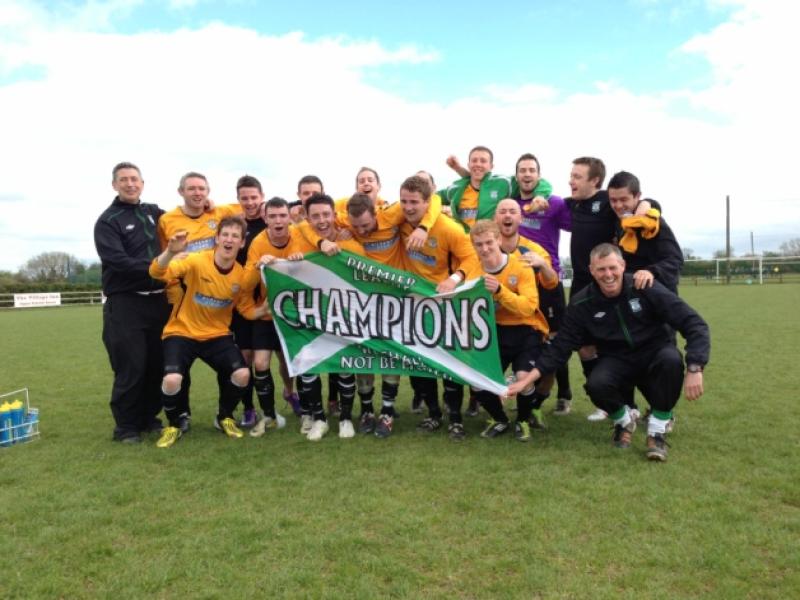 The drive for five may have escaped black and amber clutches in another sport - but it’s very much alive in the Kilkenny & District League.

The drive for five may have escaped black and amber clutches in another sport - but it’s very much alive in the Kilkenny & District League.

With the new season of junior soccer just around the corner, it’s looking like it could be something of a numbers game for teams in the top flight.

Leading the way will be Evergreen A, who will be hoping to have better luck with the number five than the Kilkenny hurlers had a few years ago.

The team from the Kells Road have dominated the top flight for the last few years to such an extent that they are chasing their fifth successive Premier Division title this term.

Tweaks have been made in the side over the last few seasons, but this year the champions have gone for some strong alterations. Sean Barcoe has been added to the strike-force, joining from Bridge United A.

So far the move has worked out well - Barcoe, who has also played for the League’s Oscar Traynor team, has linked up well with David Grincell in the club’s preseason games. Evergreen have also made an addition at the back, where Robert Skehan, a former Youths All-Ireland winner with Kilkenny, has come in to the side’s defence. There has also been a youthful change in the backroom team, with Peter Higgins adding coaching duties with the club to his playing commitments with Waterford United.

Youth will also play a part in Freebooters’ drive to wrestle the title from their city rivals this season. The Blues have added Nathan West to their ranks, while the likes of Aaron Molloy and Jack Deegan will have learned from their time with the team last season.

Another of the title challengers come in the form of Thomastown United A, who have also made some moves in recruitment terms. Among the newcomers are Murty Broaders, who joins from Bridge United A, while the club is also believed to have looked into the Wexford junior leagues for more strength to their panel.

Thomastown will also have local bragging rights to earn this season. With East End United A and Fort Rangers also in the top flight some tasty local derbies will be played out.

The new season kicks-off on Friday, August 16 when Bridge United A entertain Evergreen B in Goresbridge (6.45pm). Three more Premier games will be held that Sunday, with the two sides promoted from Division One enjoying home advantage. League and McCalmont Cup champions Newpark A will host Fort Rangers while it’s destination Bennettsbridge for the meeting of East End United and Lions A. Freebooters A and Thomastown United A will be hoping to get their season off to a winning start when they face off at the Fair Green.

Evergreen A’s commitments in the Leinster Senior Cup means they won’t start the defence of their title until the following week, when they’ll go up against Evergreen B at the Kells Road.

The second tier of the local game will start back on the last Sunday in August, with 10 teams gunning for promotion. Freebooters B and Clover United A, both relegated last season, will be hoping to make a quick return to the top flight but won’t have an easy start - Clover host Division Two champions Tullaroan, while Booters are home to Southend United, who were denied a place in the top flight after a late slump in form.

The opening day also marks the return of Deen Celtic to the Kilkenny & District League, as they host AC Kilkenny A at The Prince.

Freebooters A v Thomastown Utd A.

Thomastown Utd A v Newpark A.

Freebooters A v Evergreen A.

Bridge A v East End A.

Lions A v Thomastown A.

Clover Utd A v Tullaroan, 11am.