Black and Amber brigade on song with Blues 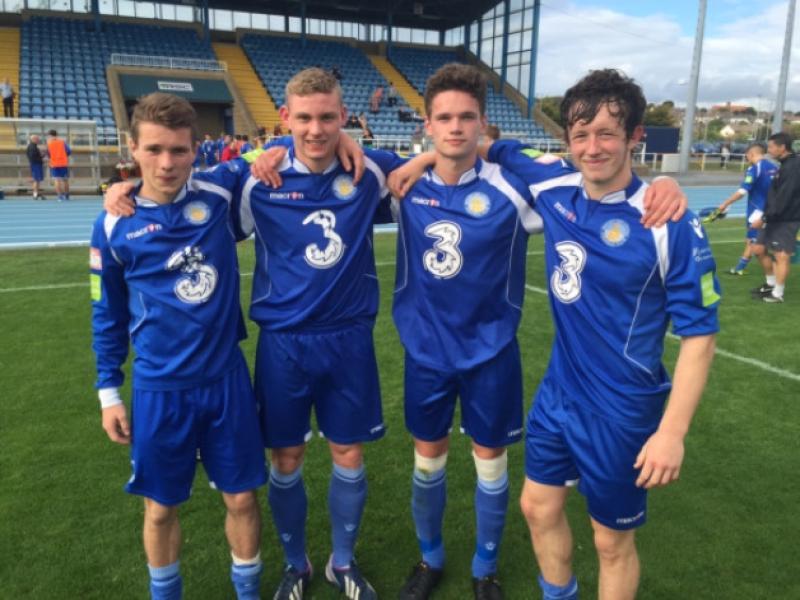 A strong Kilkenny backbone has helped send a team from the South-East soaring up the league tables.

A strong Kilkenny backbone has helped send a team from the South-East soaring up the league tables.

While Waterford United’s senior side are at the wrong end of the First Division table, the outlook is anything but blue for the Waterford under-19s and their black and amber contingent.

The young team, which features a number of local players, are riding on the crest of a wave at present. Currently they sit at the top of the SSE Southern Elite under-19 league table.

United have made a great start to their campaign, scoring one draw and four wins in their first five games. They stretched that unbeaten run with their latest result, beating Athlone Town 6-2 in the RSC on Sunday.

Central to the success of the squad are Jamie Conway, Mark Slater, Aidan Tuohy and Robbie Buckley. The group, who joined Waterford in the Summer from Evergreen, have had a great start to their under-19 campaign. Conway and Buckley bagged their first goals of the season in Sunday’s 6-2 win while Tuohy and Slater have given sterling defensive performances in almost all of the games so far.

“We have had a great start to the season and we have been delighted with impact of the four lads so far,” said Gary Power, Waterford United’s under-19s coach.

“All four players were excellent in Evergreen’s run to the FAI Youth Cup final. Credit must go to the club for that.

“Kilkenny has produced some top class players,” he added. “Down through the years a number of them have played for Waterford - Packie Holden, Seanie Maguire, Davy and Joe Mulcahy, David Grincell, Ben Ryan and Peter Higgins to name a few. It’s also great to see young Kilkenny lads like Seanie, Mikey Drennan and Jimmy Keohane doing so well in the UK.

“The under-19 league is of a very good standard with tough games every week,” he added. “So far all four players are really enjoying it and are getting better with every game.”