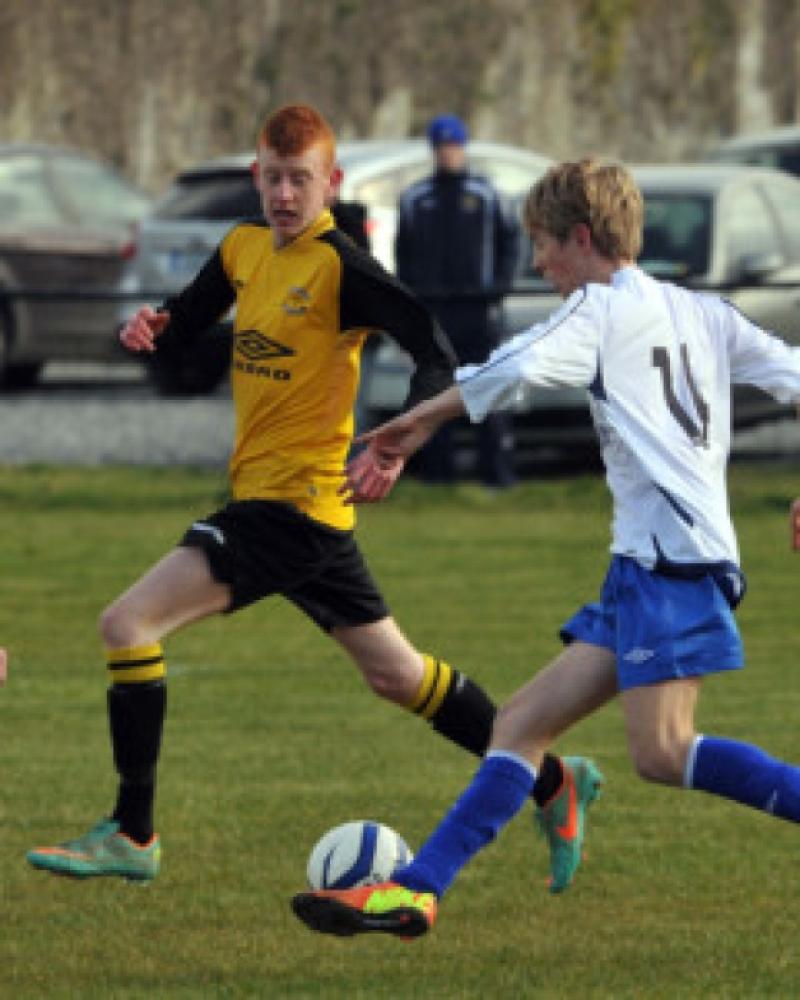 THEY gave everything, but making the All-Ireland semi-finals proved a bridge too far for the Kilkenny & District League’s under-16s.

THEY gave everything, but making the All-Ireland semi-finals proved a bridge too far for the Kilkenny & District League’s under-16s.

The Cats, managed by Noel Tuohy and Denis Hynes, performed well on a second weekend of inter-league action, but couldn’t overtake group leaders North Dublin to secure the province’s sole spot in the national stages of the competition.

Confirmation of that came on Saturday afternoon, when Kilkenny went down 2-0 to near neighbours Wexford. That result, combined with North Dublin’s 3-1 win over Kildare, meant the Cats could only finish in second place.

The day began well for Kilkenny, who battled hard to see off the Midlands League.

Taking control Kilkenny had some good chances to score, but Ronan Coffey was denied by Midlands netminder Craig Haslam while Aidan Tuohy flashed a 25th minute header past the wrong side of the post.

That hesitancy in front of the posts almost cost Kilkenny, who would have gone behind on the half hour but for goalkeeper Aidan Hynes. Michael Gilligan found space to run through the centre of the Cats defence and let fly with a menacing shot but Hynes reacted well, getting down well to tip the ball on to a post.

Kilkenny hit back with a move that led to the opening goal. Coffey was heavily involved, doing well to herd Ciaran McGuinness into a corner and dispossess him. Play was worked across the box to Mick Brennan, whose shot was saved, but Alan Phelan did well to win the loose ball and unselfishly set up Bill Sheehan to tap home.

Protecting that lead wasn’t easy for Kilkenny, as the Midlands League poured forward in search of goals. Alan Phelan put in a timely tackle to deny Paddy Slater a clean strike at the target on 51 minutes. Slater went closer still a few minutes later when he pounced on a loose ball in the box, but he skied his effort over the bar.

It wasn’t all one-way traffic. Kilkenny had a Tuohy header cleared off the line, but finally got a much-craved second goal in injury-time when Gary Bryan got the bye-line and pulled a low ball back for Sean Feehan to fire home.

That win left Kilkenny on nine points and second place in the table, one point behind leaders North Dublin - but there only disappointment to follow in the afternoon.