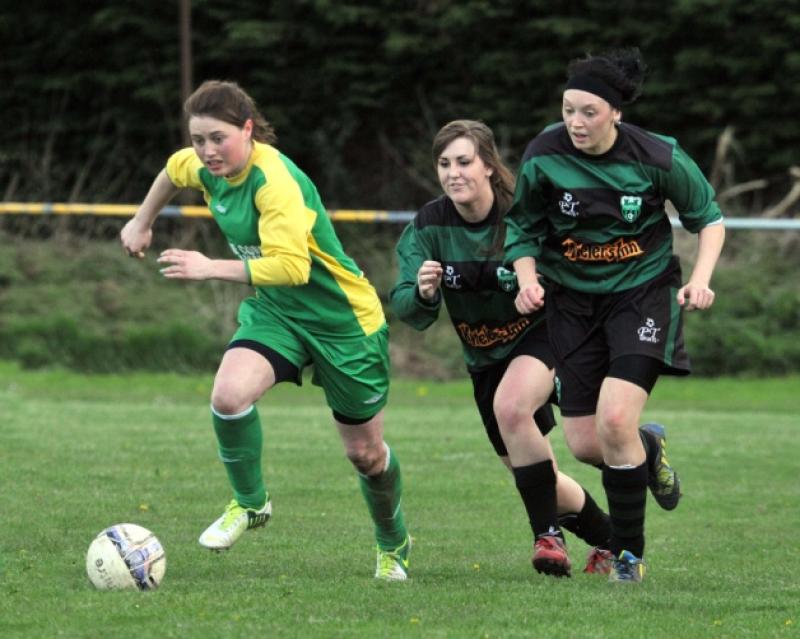 The men have had their chance to go for junior inter-league glory - now it’s the women’s turn to see if they can land a major title.

The men have had their chance to go for junior inter-league glory - now it’s the women’s turn to see if they can land a major title.

The Kilkenny & District League has had plenty of success at Oscar Traynor level, not to mention two All-Ireland titles at youths level, but has never had the chance to add silverware in the women’s game.

That could all be about to change as, finally, the Leinster FA (LFA) have set up an inter-league competition for the women’s game.

“This is a great opportunity to test ourselves against other leagues,” said Fran Egan who, along with Davy Foley, will take charge of the team. “We may be facing into unknown territory, but this competition is giving us a chance we’ll grab with both hands.”

Divided into two groups, six teams will be involved in the hunt for the silverware.

Kilkenny won’t be in action in the opening round of games, where Carlow will play Kildare. Their first involvement in the competition will be against Kildare, a match which is expected to be played by November 17. The last group of the game sees Kilkenny play host to Carlow in a game which has been pencilled in for the weekend of December 7/8.

Each group winner will have home advantage in the semi-finals. The final will be played in a venue in one of the finalists’ area but will be organised and selected by the LFA.

The semi-finals will be played by January 26, with the final to be held by February 16.

The women’s game in Kilkenny has provided plenty of high points over the years. The game has exploded in popularity, leading to success on many levels.

While Tullaroan have dominated the local game of late, they followed in the footsteps of the likes of Thomastown United and East End United - the Bennettsbridge side went beyond the county and won the Ladies Leinster Junior Cup in 2008, beating local rivals Evergreen in the final.

East End also appeared in the 2009 intermediate decider, which they lost to Wexford’s Ferns. Callan United made the junior decider that year, suffering a similar fate as they were beaten by Albion Rovers.

While more outside trophies have failed to materialise the players have begun to come through the ranks. The Loreto secondary school has tasted glory in several competitions, winning Leinster titles and reaching All-Ireland finals before capturing the junior All-Ireland title earlier this year.

A number of those players have also had success with their clubs and at other levels. Among the big winners for Kilkenny have been the Evergreen duo of Jenny Clifford and Olivia Nolan, both of whom have gone on to represent the Republic of Ireland at international level thereby following in the footsteps of the likes of Jenny Reddy, Lucy Sherwin and Karen Duggan, who also made a piece of history by playing in the Women’s Champions League - the first Kilkennywoman to do so - with her club side Peamount United.

“With Kilkenny finishing third at both levels of the Gaynor Cup in recent years we know we have players who can compete at national level,” Egan added. “The junior league is very strong this year and we’ll have seen every team play before the tournament starts so we’re confident we can get a really good squad together.”

Clubs have been invited to submit players for a trial match in Derdimus on Sunday, October 20. Managers will be notified of the time for the trial.