Bridge get blasted by ’Booters 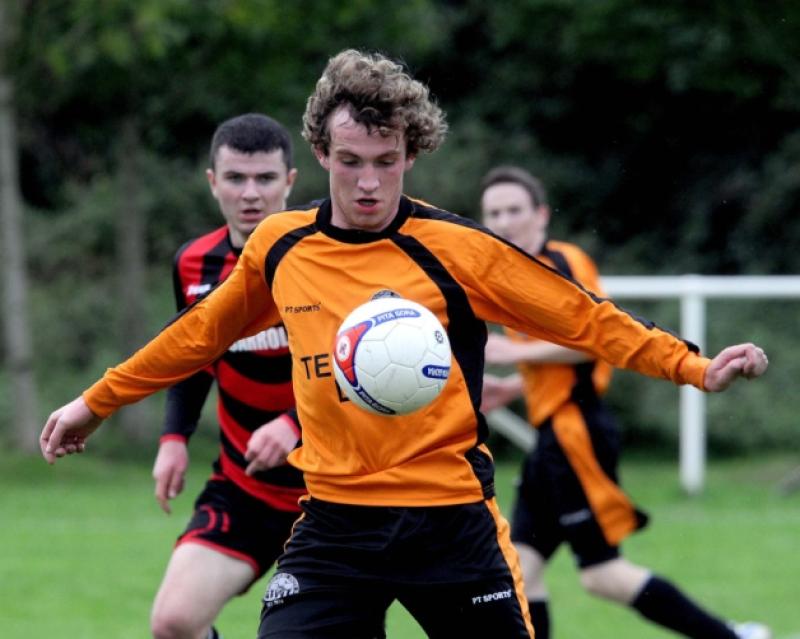 A five-star performance saw Freebooters A notch up an impressive win in the Kilkenny & District League’s Premier Division.

A five-star performance saw Freebooters A notch up an impressive win in the Kilkenny & District League’s Premier Division.

The Blues played host to an unbeaten Bridge United A but suffered a setback when Eoin Kavanagh struck to push Bridge into the lead.

’Booters pressed on, drawing level when Aaron Molloy netted a rebound after Dessie Hayes had a penalty saved midway through the half.

The sides were level going into the second half but Jamie Lynch and Ger Hayes soon gave the hosts a 3-1 lead, an advantage they extended when Dessie Hayes netted two more goals late on to seal an emphatic win.

The win leaves Freebooters A just a point behind leaders Evergreen A, who had to show all of their fighting spirit to prevent Newpark A from leaving the Kells Road with all three points.

Mark Ryan’s side made a great start to the game thanks to first half goal from Henry O’Neill. They held that lead until well into the second half, and in the face of some strong pressure, before Cian Morton levelled for the champions.

Thomastown United A kept up pace with the leaders thanks to a 3-1 win at home to Evergreen B.

Kelvyn Skehan and Andy Kavanagh gave United a dream start, scoring twice inside the opening 23 minutes. Although Evergreen B pulled a goal back through Ger Galvin United held out, Dessie Walsh making the points safe with a third goal.

Division One looks like being another tight competition this season. Spa United are still in front, but five teams are within four points of the leaders.

Callan United moved to the top of the queue thanks to a 4-1 win away to Tullaroan. Simon Burke (2), Dan McCormack and Cathal Byrne gave Callan their second win of the season, setting them up nicely for a meeting with Spa this Sunday.

Stoneyford United are behind Callan, on goal difference, after beating Newpark B 4-1. James Moran (2), Martin Murray and an own goal saw Stoneyford pick up their second win of the season. Martin Doyle was on target for the city side.

Starting with 10 men made no difference to Southend United, who beat Clover United 4-1. Dan O’Brien (2), Dylan Doran and Paraic Gahan netted for the Ballyhale men, giving them a second win from four outings.

The prolific Eoin Vaughan sent Freshford on their way before second half goals from Paul Guinan and Shane Maher sealed the spoils - not bad for a side who played the last 15 minutes with nine men after injuries to Liam Hickey and Jamie Burke!

Thomastown United B are three points behind Freshford, leapfrogging Evergreen C thanks to a 4-2 win on the Kells Road.

Although Peter Tierney gave Evergreen a great start with a spectacular opening goal Thomastown took control thanks to Danny Monks (2), Sean Brennan and Mark Delahunty. Cormac Hogan scored a second for the hosts, but it was United who took the spoils.

St John’s are top of the pile in Division Three thanks to a 3-1 win over Brookville B. Jordan Conroy (2) and Jason Butler netted for the Saints to push them ahead of Castlewarren on goal difference. Kieran Butler grabbed a consolation goal for Brookville, but they are still pointless after three outings.

Elsewhere Brian Slattery was the toast of Newpark after he helped the city club’s C side earn their first win of the Division Three season away to Thomastown United C. Slattery bagged a first half hat-trick, John Dempsey replying for Thomastown.