Freshford are tops in battle of the Towns! 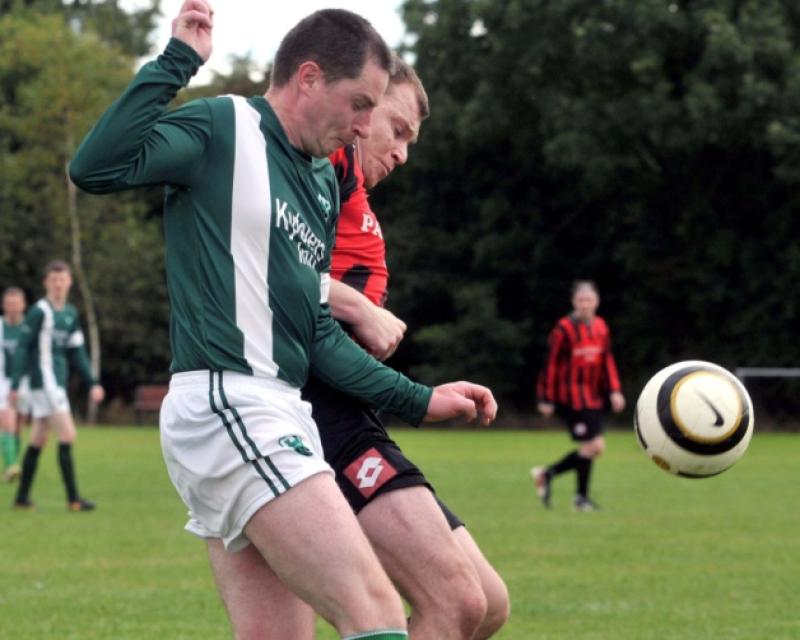 Freshford Town created something of a shock as they beat one of the favourites to reach the last 16 of the Maher Shield.

Freshford Town created something of a shock as they beat one of the favourites to reach the last 16 of the Maher Shield.

Teenager Eoin Vaughan was the man of the moment, netting a hat-trick as his side stunned Thomastown United 3-2.

“We hit them at 90 miles an hour and didn’t let them into the game,” beamed Freshford boss James Farrell. “We closed them down and worked hard and got a well-deserved win. It’s a young side we have, but I’m hoping we can progress from here.”

There were goals galore in Goresbridge as Bridge United beat River Rangers 8-2. Eoin Kavanagh netted four for Bridge, who also had Sean Murphy (3) and Darren Foley on the scoresheet.

It was another good day for Newpark, who beat Deen Celtic 4-0 in Castlecomer. Tony Delaney bagged a brace for the city side, with Henry O’Neill and Tommy Donovan also scoring.

Freebooters are also through after beating Callan United 4-1. Dessie Hayes was their main threat again, scoring twice before David Rice and Paul Delaney made sure of the win.

Elsewhere the Lions needed extra-time to beat Fort Rangers. Cormac McCann landed the goal that settled the tie after goals from Darren Lynch and Steven Thomas were cancelled out by an Emmet Nugent brace for Rangers.

Evergreen B’s reign as Maher Shield holders came to an end, but club-mates Evergreen A needed spot kicks to see off the champs on Sunday. After goals from David Grincell and Ronan Holohan made it 1-1 Evergreen A looked to have won when Robbie Quan scored a late penalty, but Gary Owens struck back for Evergreen B. Extra-time failed to find a winner Evergreen A were more clinical when it came to penalties, going through 4-2.

The final place in the last 16 went to Clover United, who beat Stoneyford United 1-0.

Away from the Shield Spa United made it four points from two games as they beat Tullaroan 3-2 in Division One. Stephen O’Flaherty netted two for the Johnstown men, Enda Purcell the third goal. Tom Fitzgerald and Geoff Bibby scored for the hosts in their first game of the campaign.

Elsewhere Castlewarren Celtic continued their fine start to life in Division Three with a 4-1 win over St John’s on Sunday. Although John’s took the lead with an overhead strike from Ryan Butler Celtic exploded into action with three goals in four minutes - Jason Byrne (2) and Shane O’Keeffe doing the damage before the break. Castlewarren wrapped up the win when Byrne completed his hat-trick in the 70th minute.