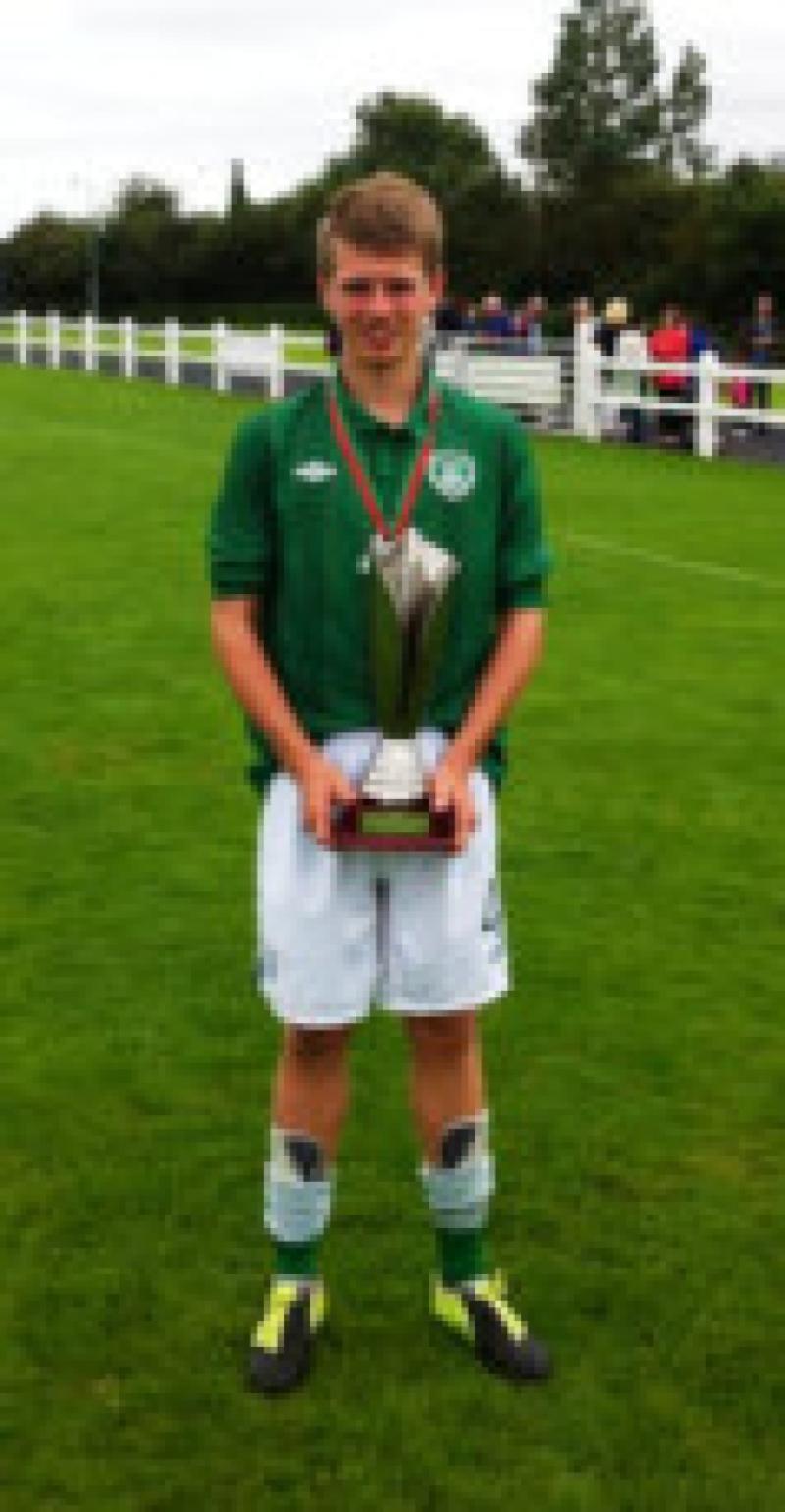 Kilkenny links with the international soccer scene were strengthened as a rising star helped his country earn an international title.

Kilkenny links with the international soccer scene were strengthened as a rising star helped his country earn an international title.

Former Ormonde Villa and Evergreen player Owen McCormack (15), who hails from Assumption Place, was a member of the Republic of Ireland under-15 team that won the Mayo International Cup in Castlebar.

McCormack, who now plays for St Joseph’s Boys in Dublin, was a defensive bedrock of the Irish team as they took on sides from home and abroad in the tournament.

The only game that McCormack missed was the only match Ireland lost - that was a 4-2 defeat at the hands of the FAI Castlebar side in their competition opener.

McCormack, who was drafted into the squad from the Irish Galway Cup panel, helped turn things around on the second day of the tournament in the game against Northern Ireland side Glentoran, helping the Republic score a 2-1 win - a result they mirrored when they took on English outfit Millwall later that day.

Ireland took on another English side in their last group game, knowing that a result against Bradford & Met would see them through to the Cup final.

Needing just a point to make the final, disaster struck for Ireland when they conceded after just 60 seconds, but a Sam Warde goal on 10 minutes helped them earn a 1-1 draw and grab that final berth.

It was a different affair when the sides met again to contest the Cup final that afternoon.

Ireland got off to a flyer thanks to an early Adam Horgan goal.

Winning the title was a dream come true for McCormack, who cut his international teeth in the tournament.

A student at Kilkenny CBS, McCormack is no stranger to success.

Prior to joining St Joseph’s he was a member of the Kilkenny & District League inter-league side that won an under-12 Leinster title before going on to win the Kennedy Plate as part of Gary Maher’s Kennedy Cup squad in 2012.

McCormack, who is about to head to London for trials with Charlton Athletic, will hope to add to his collection of caps when the Republic of Ireland play another friendly in Carlow in the near future.