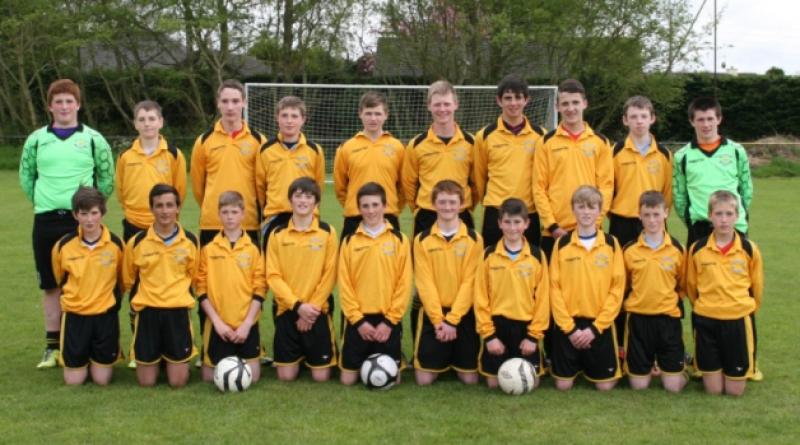 Positive play and a strong attitude will drive the Kilkenny & District League on in their quest for Kennedy Cup success.

Positive play and a strong attitude will drive the Kilkenny & District League on in their quest for Kennedy Cup success.

The Cats are getting ready to head to the University of Limerick, where they’ll compete in one of Ireland’s biggest under-age tournaments. And their manager, Ronnie Grace, believes his side will be ready for whatever comes their way.

“We have a good crop of players,” he told the ’People. “They will do just fine.”

For Grace this year’s tournament, which sees 32 inter-league teams from under-14 level battle it out in a week-long event, will be the seventh time he has led a side to Limerick. He has plenty of experience, but it doesn’t get any easier.

“It’s a crazy time organising things in the build-up to the Cup,” he said. “With lots of sports criss-crossing at this time of year you often find you have to rearrange matches and training but the attitude of the players has been spot on.

“We have had a constant attendance record of at least 95% for our training sessions,” he added. “Even injured players have been turning up to be part of the squad - it’s phenomenal.

“The interest is certainly there, not just from the players but parents too,” he added. “They have given us great support all along.”

The Cats have racked up the hours preparing for the tournament, which kicks-off on Monday evening at 6pm when they play Sligo/Leitrim in their first group game.

“Since September we have had 47 training sessions,” said Grace. “We have also played a number of friendlies against the likes of South Tipp, Wexford, Cork and the Belvedere Boys’ team.

“We put a lot of effort and emphasis into getting the side ready, using the games as a yardstick to see how the lads have used the knowledge they’ve gained from training.

“We have assembled a nice squad,” he added. “The thing about the tournament is that it is a squad game, so we will utilise it to its full extent during the week.

“I would have no fear about whatever team we put out,” he continued. “We have two goalkeepers any league would be proud of, with other strong players throughout.”

The trip begins on Monday morning, when the group leaves from the Springhill Court Hotel at 10am and make the trip to their base in Kilmurry Village. Following the Sligo/Leitrim game, Kilkenny will play two games on Tuesday - South Dublin at 10.30am and Limerick County at 4pm. The knockout stages start on Wednesday, June 18 and run until finals day that Friday.

However, nobody in the black and amber camp is looking beyond day one.

“Sligo/Leitrim at 6pm on Monday is our cup final,” the manager said. “Each game will be treated the same way, but the opening game is a six-pointer as it sets a marker.

“We’ll put our best foot forward for this tournament,” added Grace, who also thanked all the sponsors for supporting the side. “We’re going to go down, enjoy our week and play some good football.”