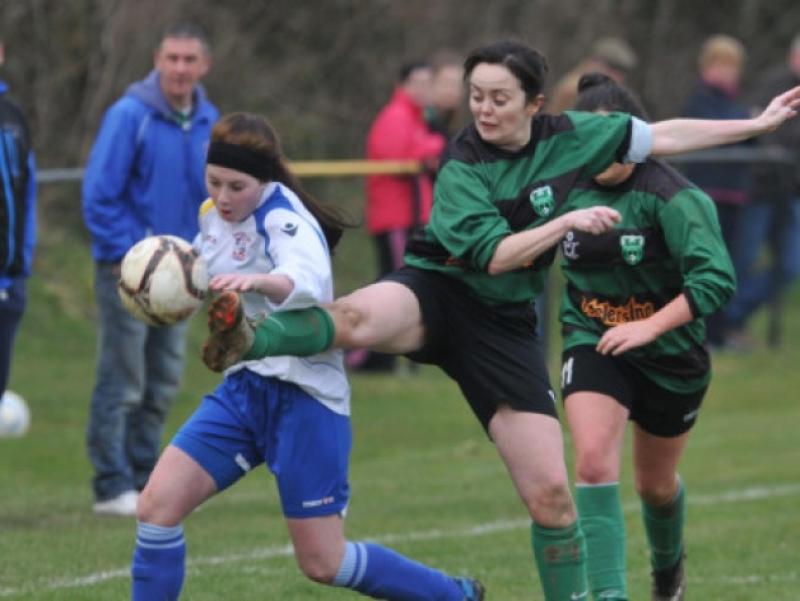 While the rest of the country might have been dressed in green on St Patrick’s Day, blue was colour of choice in Derdimus as Freebooters tasted Women’s Shield success.

While the rest of the country might have been dressed in green on St Patrick’s Day, blue was colour of choice in Derdimus as Freebooters tasted Women’s Shield success.

The city side might have been seen as underdogs when pitted against Tullaroan, a side who have won all before them, but the young Blues showed no signs of nerves.

Playing with pace, speed and power, they were ice-cool as they helped themselves to their first piece of silverware at women’s junior level.

Freebooters weathered a spell of early pressure, but took the lead when Neasa Galwey’s throw-in struck a Tullaroan hand in the box. The game was only nine minutes old, but Ally O’Keefe was primed and ready, slotting the spot-kick into the bottom right corner.

Tullaroan were stunned by that goal, but didn’t take long to muster a comeback. Some excellent link-up play between Aoife Dunne and Breda O’Neill sent Dorothy Carroll careering into the box.

Carroll did well to shift the ball inside her marker, but netminder Aobha O’Gorman raced from her line to snap up the ball before she could pull the trigger.

Tullaroan pressed on, getting their reward from another set-piece. This time Carroll was the provider, whipping in a menacing free from the right. Her 16th minute delivery soared across the goalmouth to Jemma Komar, who stole in at the back post to add the close range finish.

Rather than let the goal shake them, however, Freebooters upped their efforts and hit back. After a solid spell, one in which they settled well into the midfield battle, they stormed ahead again.

Started by Olivia Nolan’s composure at the back, the defender played a long ball out towards the right. Ciara Delaney seized on it, whipping in a cross which caught the Tullaroan defence flat-footed but fell just right for Hannah Scott, who stabbed the ball home inside the near post.

Freebooters were in the ascendancy by now and cemented their lead when they added a third goal nine minutes into the second half.

Again Scott was there to provide the killer touch, pouncing after Lauren Valentine blocked a Jennifer Russell kickout and teed up her colleague, who made no mistake with the composed finish.

Tullaroan were down, but they weren’t out. The side kept pressing hard for a way back into the game, halving the deficit when Komar hammered home a fine long-range strike five minutes from time, but it was too little too late.