McCalmont Cup down to last eight 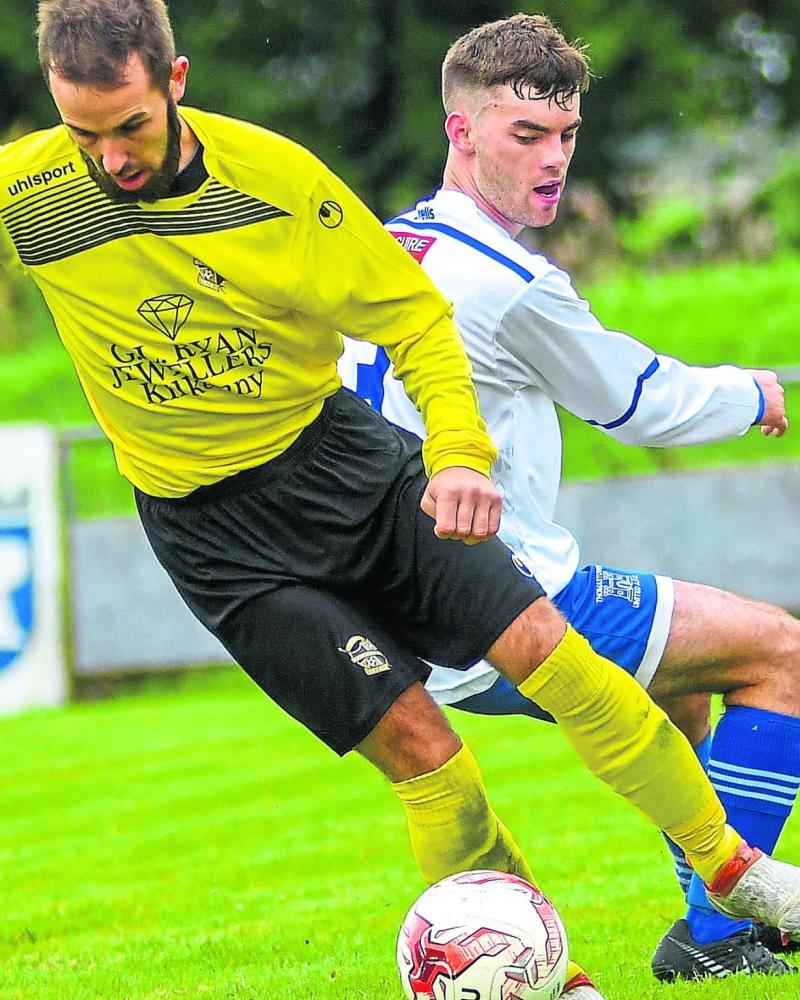 Eddie Nugent scored four goals as Fort Rangers roared into the last eight of the McCalmont Cup, setting up a quarter-final clash with Evergreen A

The junior soccer season in Kilkenny is beginning to take hold with the McCalmont Cup reaching the penultimate stages over the next few weeks.

The last 16 of the competition took place last weekend and there was a couple of notable results on show.

The most entertaining clash of the round saw Deen Celtic and Callan United drawing 2-2 before going all the way to penalties.

Colin Phelan and Ryan Maguire got the goals for Deen Celtic with Maguire getting his second goal in as many games.

Callan United were no pushovers though and they managed to force a penalty shootout but it was Deen Celtic who came out victorious with goalkeeper Robbie Lynch making a couple of great saves.

Newpark A were another side who had a worthwhile win as they overcame Highview Athletic.

Highview sit in a higher division than Newpark but it mattered little as the Kilkenny City outfit were dominant for the majority of the 3-2 victory.

Newpark showed their quality as they raced into a three goal lead with Matty Hoolahan and Jack Sheridan getting on the scoresheet.

Highview did come back into the game in the final few minutes with Dean Broaders having a role in the Highview comeback as they scored two goals .

Highview couldn’t force an equaliser though as Newpark held on to secure a last eight spot.

Evergreen were strong favourites coming into the game but the contest was a lot tighter than many would have imagined in a closely fought affair.

Cian Moran netted a penalty to put Evergreen in front but they could never really fend their plucky opponents off and in the end they were grateful to goalkeeper Nathan Owens for saving a penalty as they claimed a 2-1 victory.

Of the rest of the last 16 games there was three walkovers with Thomastown United, Evergreen A and Freebooters A all qualifying for the next round without the need of taking to the field.

In the last two clashes Fort Rangers had a very impressive 5-1 victory over St Canice’s. Fresh from a 7-0 win over East End United in their first game of this year’s competition, Fort went on another scoring spree in this game thanks to goals from Eddie Nugent (4) and Jim Nugent jnr.

The lowest ranked side left in the competition, Evergreen 46, enjoyed a 3-2 success over St John’s.

The quarter-final draw has since taken place and is as follows:

The all-city clash between Freebooters and Newpark looks the tie of the round while Evergreen 46 will be looking to cause another shock when meeting Deen Celtic.

All four games will be played on Sunday morning