GOALS were the order of the week as the Kilkenny & District League’s Kennedy Cup team blazed their way through the competition. Gary Maher’s side hit the net 19 times in their six games as they charged into the Plate final.

GOALS were the order of the week as the Kilkenny & District League’s Kennedy Cup team blazed their way through the competition. Gary Maher’s side hit the net 19 times in their six games as they charged into the Plate final.

The Cats made a great start to the week-long event in Limerick, beating the North East Counties 2-1 in their opening game with Dara Keane and Craig Hayes on the scoresheet. The duo hit the target again in Kilkenny’s second game, a 7-0 whitewash of the Midlands League. Defender Owen McCormack got the ball rolling with the opener, before the second half deluge hit. Marc Drennan and Dara Keane stretched the lead to three within minutes of the restart, before McCormack, Craig Hayes, Chris Nolan and Peter Henebry swelled Kilkenny’s scoring average.

Kilkenny were meant to play their third and final game of Group Three on Tuesday evening, but torrential rain forced the cancellation of all but two matches in Limerick. All but guaranteed top spot, a much-changed Kilkenny took the University’s all-weather pitches on Wednesday morning to face Drogheda where, despite goals from Hayes and Drennan, they lost 3-2.

A six-point haul gave Kilkenny a Kennedy Cup quarter-final against Wexford, who had topped Group Four. It was a tight game between the neighbours with neither side breaking the deadlock in the opening half. Kilkenny started the game brightly, with midfield duo Peter Henebry and Christian Lapuste bossing the centre and sending plenty of ball up to Nolan and Hayes, but as the half wore on Wexford got the upper hand with captain Neil Murphy and Martin O’Connor taking control on the wings.

Wexford, who were the closest match physically to Kilkenny in the competition, did have the best chances to snatch the lead - Michael Quigley saw his 13th minute free stopped by Stephen Scallon, while Thomas O’Connor rattled the underside of the crossbar with a thundering long range shot on the half hour. Scallon was well beaten, but somehow the ball bounced on the goal line and away to safety.

They didn’t have long to wait for a goal after the restart, as sub Connal Flood raced on to Martin O’Connor’s pass and used his first touch to slip the ball under Scallon.

Kilkenny pushed hard for a reply, but Hayes and Nolan had shots blocked within seconds in the 43rd minute, while Dara Keane was denied on the follow-up by Neil Murphy’s last ditch block.

Wexford hit back after that scare, doubling their lead when Sean Duffy powered a header home on 49 minutes. They added a third on the hour when Flood was felled in the box, Eoin Doyle making no mistake from the spot.

Kilkenny refused to bow down to their rivals, fighting until the final whistle. Owen McCormack did grab some consolation, blasting an unstoppable free past the Wexford wall from the edge of the box, but it wasn’t enough to halt a side who made it all the way to the Kennedy Cup final, losing 1-0 against the DDSL.

Down but not out, Kilkenny still had a chance to grab some silverware in their Plate semi-final against Limerick District, who were beaten in the Cup quarter-finals by Cork. Hurt by that loss to Wexford, they conceded the opener to the locals but captain Keane led by example, hitting the net twice as they booked their place in Friday’s Plate decider. 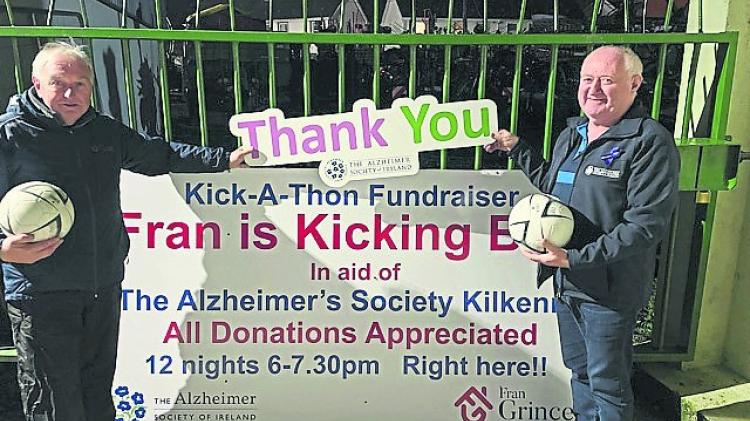