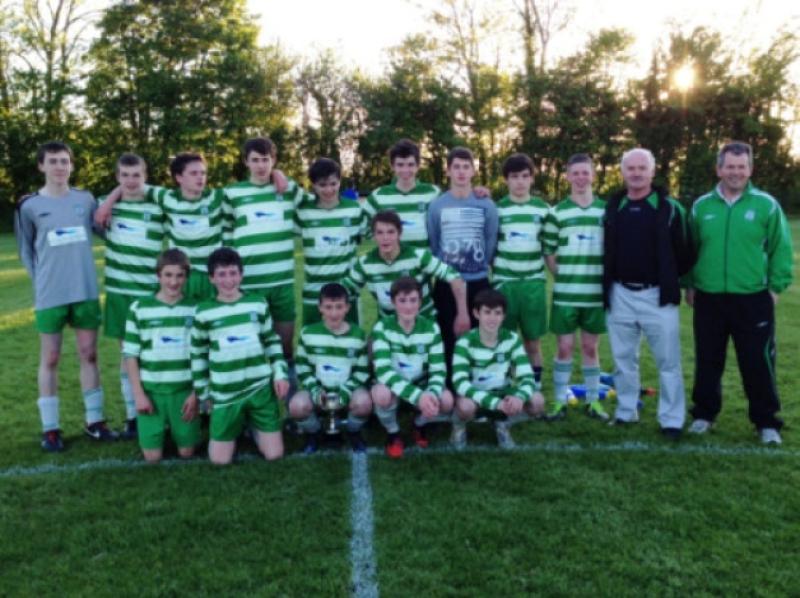 THE strength of Kilkenny schoolboys’ football was on show as two local sides battled it out for regional honours.

After a tough clash it was Evergreen A who emerged as winners of the inaugural Midlands Under-16 Cup at Derdimus on Thursday. However, the Kells Road side had to be at their best to beat Bridge United in the competition, which drew on the cream of under-16 talent from Kildare, Carlow, Tipperary, Laois and Kilkenny leagues.

In a cautious first half both sides had chances to edge ahead, but some outstanding goalkeeping kept the strikers at bay.

That all changed in the second half when a blistering 20-minute spell saw Evergreen strike twice in quick succession to effectively settle the tie. Aidan Tuohy got the ball rolling when, following a great break from his own half, he was fouled in the box.

Dusting himself down, Tuohy got back to his feet to slam home the resulting penalty. Evergreen were on a high, and bagged a second when a cross from the dangerous Bill Sheehan picked out Tadgh O’Dwyer at the back post to score with a great volley.

Despite the best efforts of a hard-working Bridge side, their chances were limited from then on. Although two goals down they never threw in the towel, getting some consolation in the last minute of normal time when a defensive mix-up saw them pull a goal back, but it was too little too late to divert the title from Evergreen’s grasp.