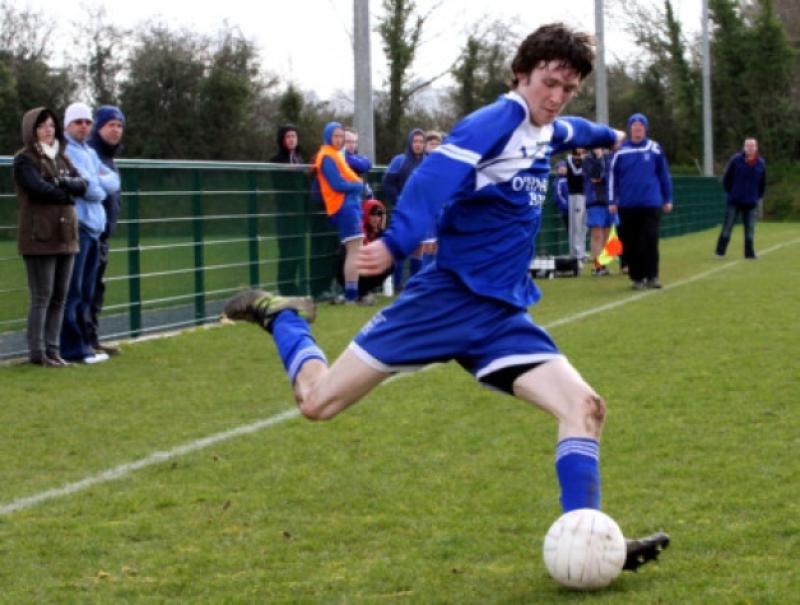 The games may be getting thin on the ground, but there was no shortage of interesting results from the Premier Division over the weekend.

The games may be getting thin on the ground, but there was no shortage of interesting results from the Premier Division over the weekend.

Thomastown United A had super sub Marty Lawrence to thank as they got the better of Bridge United A in a tense game in Goresbridge.

Having conceded the opener to Bridge’s Tom Huff, Thomastown bounced back in emphatic fashion when two William Flood goals moved them into the lead after the half hour. However, they couldn’t hold on to that advantage, Sean Murphy levelling for the hosts before the break.

Lawrence was sprang from the bench on the hour and took just nine minutes to make his presence felt, grabbing what proved to be the winner as Thomastown kept the pressure on league leaders Freebooters A. With just three games to play United remain in second place, four points behind the Blues but with a game in hand.

The leaders maintained their relentless chase for the title, putting East End United A to the sword on the Fair Green.

Damien Raggett, Dessie Hayes, Aaron Molloy and Ger Hayes were all on target as Freebooters mirrored the same result as when the sides met back in August.

That result saw Anthony Hanney’s side pick up their 12th victory of the campaign and pile more woes on East End, who are in danger of slipping back into Division One. Second from bottom, they are three points behind the Lions with three games to play.

The Lions did their survival hopes a world of good, and all but condemned Fort Rangers to Division One for next term, with a dramatic finale in Durrow on Sunday.

Knowing that nothing but a win would do, Fort seemed destined for victory when Emmet Nugent and Cathal O’Neill struck either side of a Michael Dooley goal. That left them 2-1 up with time running out, but a Lions rally scuppered their hopes. Murt Clancy levelled matters before Kevin Shortall’s 90th minute winner saw the hosts snatch all three points at the death.

As for Evergreen A, they made sure they stayed in the title hunt when they got the better of Newpark A.

In what has been a tough place to get a result - East End are the only other side to have picked up a point at the Fen this season - Evergreen grabbed an emphatic 5-1 win.

Once they were sent on their way by a Brian Jordan goal, there was no stopping the champions. Sean Barcoe added a second, before two in as many second half minutes from Chris Whearty (penalty) and Barcoe condemned Newpark to their first home league defeat of the season. The hosts did pull a goal back through Tony Delaney, but Mark Slater’s thumping volley ensured Evergreen finished on a high.

Evergreen remain in third place, 12 points behind, but with four games in hand on the Blues there could be an interesting end to the season.