Freshford finally get back to the big stage 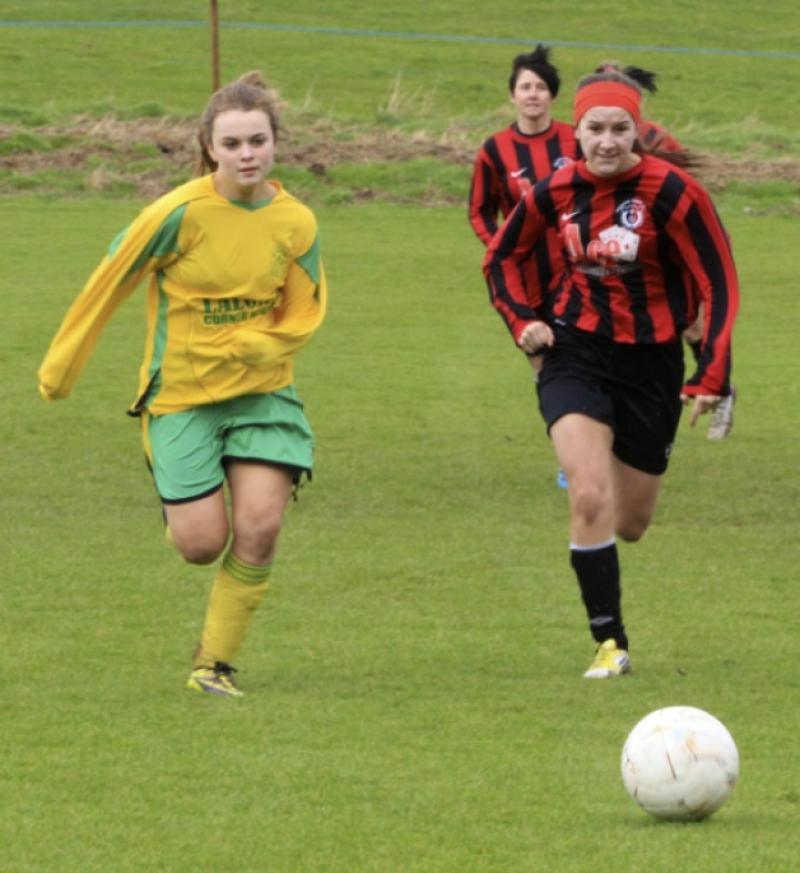 The wait is over - Freshford Town are back in the Premier Division!

The wait is over - Freshford Town are back in the Premier Division!

Having dropped out of the top flight - and out of the league altogether - Town made sure they will be back among the big boys next year as they beat Thomastown United B to secure their promotion.

“This team is good enough to be in the Premier Division,” said a proud James Farrell after his side earned a 4-1 win at Woodsgift. “There’ll be a number of good teams in it next season - this club needs to be in it.”

Despite missing a number of players Freshford were flying in the opening half, taking an early lead through Eoin Kavanagh and Eoghan Vaughan, before Ger Doheny made it a 3-1 game going into half-time.

When Doheny grabbed his second goal ten minutes into the second half, it was mission accomplished for Freshford, who have won nine and drawn four of their 13 games this season.

However, the race to join Freshford in the top flight remains wide open. With Fort Rangers securing a last gasp reprieve against Stoneyford, their 3-3 draw allowed fourth-placed Tullaroan to close the gap to two points. They did in scoring fashion, beating Clover United 5-4!

There were braces for Ger Brennan and David Sweeney, while Padraig Crawford was also on target for Tullaroan, who moved to 20 points - two behind Stoney and Fort. All three teams have two games left to play, meaning a passage to the top flight is still in their hands.

There were no such questions left in Division Two, where St Mary’s capped a fine season by securing promotion.

They needed one win from their last three games to go up, but did it with two matches to spare after beating the Lions B team 5-2.

A shift in location to the Fair Green - the Water Barracks was a washout - wasn’t a problem as the Saints confidently marched to victory.

A Martin Vagner Love hat-trick, plus two from Stephen Quirke means Eddie Culleton’s team have achieved promotion to Division One at the first time of asking. Kevin Donohue and James Larkin were on target for the Lions.

Deen Celtic went joint third with River Rangers thanks to a 3-2 win over Bridge United B. A Richie Lynch penalty, Peter McPhillips and John Doheny hit the net for Celtic, but with one game left apiece neither team can catch St Mary’s.

In the Premier Division Callan United’s A team gave their survival hopes a massive shot in the arm when they beat Freebooters A 3-2 on Sunday.

Typical of Callan, they don’t like to do things the easy way - they were two down to the visitors before turning the game their way!

When Jack Poyntz and Ger Hayes gave ‘Booters a solid lead things looked grim for Callan, but they gained some hope when Tony Delaney pulled a goal back from the penalty spot in first half injury-time.

Callan kept the pressure going in the second half and drew level with a spectacular strike from Simon Burke before the hour. Delaney had a chance to put them in front when he broke through in a one-on-one with Donal Brennan, but the keeper won that battle. Callan kept going, however, and got their winner when Robbie Wall popped up at the back post to force home a 72nd minute corner.

The result was enough to push Callan well up the table and away from the danger zone. With four games to play they are six points outside the drop zone - those spots are currently occupied by Bridge United A and Spa United.

Elsewhere in the top flight the Lions A battled back to earn a share of the spoils at home to Evergreen B.

Michael Dooley’s second half penalty hauled back the city side, who had taken a first half lead thanks to Ronan Holohan.

The weather was an unwelcome visitor to Kilkenny and proved to be a real pain for the women’s teams from Freebooters and Tullaroan. They were left kicking their heels after the Shield final was called off due to a waterlogged Derdimus pitch.

While the local Shield clash went astray, there was no such problem for East End United, who beat Kildare Town 4-2 to march into the Women’s Leinster Shield final. Becky Walsh (4), Aine Lannon and Jenny Brennan were on target for the Bennettsbridge club, who are chasing hard for a second provincial crown when they travel to Bunclody for the final in March.

It wasn’t all bad for Freebooters at the weekend - their talented youths team marched on in Leinster with a 5-1 win over Offaly outfit Mucklagh at the Fair Green.

Alex Conway got the Blues going with the opening goal, but it was John McEvoy’s hat-trick that really got them up and running, Cian Loy also on the scoresheet as they won comfortably.