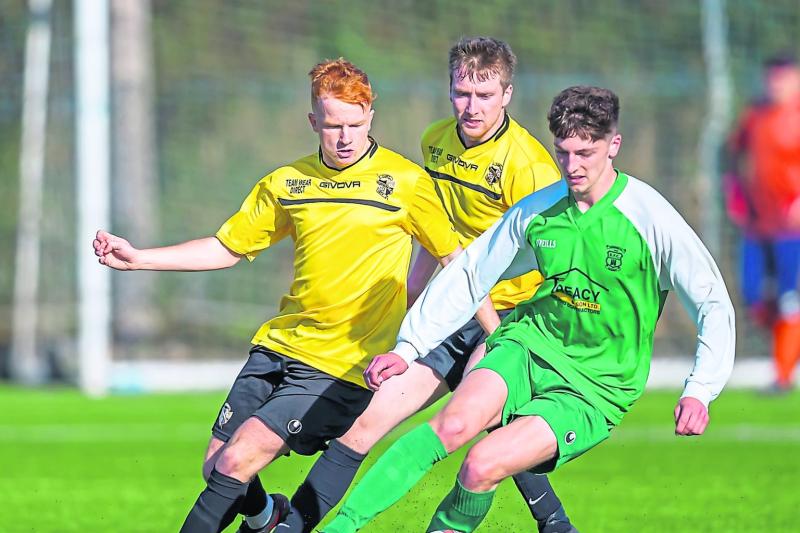 It was a quieter than usual weekend on the Kilkenny soccer front as the Premier Division took a break before moving up a level next week.

Despite the lack of activity, there was still a number of games lower down the leagues with Evergreen’s second and third string sides taking centre stage with a couple of home games on the Kells Road.

Fort Rangers were the opposition for Evergreen B and after impressive wins over Ormonde Villa and Evergreen C, they were in confident mood heading into the Junior Intosport.ie Division 1 League league clash.

The Cuffesgrange based outfit were looking to make it three wins from three against an Evergreen B team that was having their first league game of the season and the two sides provided an end to end thriller which Evergreen B emerged victorious in as they went home with the three points after winning 3-2.

The second game of the day on the Kells road was from the same division with Callan United the visitors to meet Evergreen C.

This proved to be a much less entertaining game than the fare that went before it.

The clash ended goalless with Callan continuing their unbeaten league start to the season while Evergreen C picked up their first point after three games.

The last remaining game in Division 1 saw table toppers Freebooters B meet Stoneyford United and after an exciting affair it was hosts Stoneyford who emerged 4-3 winners.

Kian Dunne x2 and Adam Butler got the goals for Freebooters but they had no answer to the Stoneyford attacking threat with the home side deservedly taking the three points for their first win of the season in what will have been seen as a shock to many observers.

Elsewhere there was also action in Division 2 and 3 and the headline grabbers were certainly St Canices as they found their shooting boots in blowing Bridge United away in Goresbridge.

The division 2 tie saw Bridge’s second string go down on a 9-1 scoreline to top of the table St Canices.

St Canices have started the season in brilliant form and that was no more evident than last Sunday as they look to push on with a serious promotion bid.

Bridge on the other hand are rooted to the bottom of the table and they will need an upturn of results in the coming weeks if they hope to escape a relegation fight.

The other Division 2 game saw Highview Athletic B defeat Thomastown B.

Division 3 then threw up a pair of games which saw Brookville AFC defeat St Johns 3-2 while Deen Celtic and Spa United played out a 1-1 draw.