THE CLOCKS may have gone forward an hour, but Tullaroan timed it just right when they grabbed a place in the second round of the McCalmont Cup.

The hosts left it late – very late, in fact – but gave Thomastown United’s A team a Cup shock on Sunday morning.

United, a semi-finalist last season, were left flattened when the hosts grabbed the only goal of the morning with six minutes left to play.

Both sides were probably thinking of extra-time when Tullaroan spoiled United’s plans. Gerry O’Dea provided the opening, firing in a dangerous cross from the left corner. The delivery flew towards the near post where United defender Davy Wemyss, under pressure from Tullaroan striker Michael Brennan, could only divert it into his own net.

The goal was pretty much against the run of play. Although neither side had created many clearcut chances it looked more like Thomastown who would break the deadlock.

The visitors had an early chance to take control of the game when defender Jamie O’Brien whipped in a decent ninth minute cross, but although Stephen Connolly was quickest to it he couldn’t keep his shot on target.

United had to wait 15 minutes for their next chance, but again found the same end result. Andy Kavanagh did the damage with a neat crossfield ball for Paddy Cassin to chase. The winger took the ball down and nipped inside Peter Mullally – one of three newcomers in a Tullaroan side missing five regular starters, including Stephen Dowling and Brendan Burke – but netminder Jason Cahill was equal to the strike from distance.

Thomastown enjoyed plenty of possession in midfield and used that to create their next big chance. There was some panic when Cassin fired in a cross from the left; even more so defender Michael Burke almost sliced the ball into his own net from the attempted clearance. Kevin O’Neill pounced on the loose ball, working a shooting angle, but his attempt was well off-target.

Tullaroan had offered little in attack, but their big chance of the half almost led to them grabbing the lead 13 minutes from half-time. Aidan O’Dea fired in a corner, then tried again when the ball came back to him.

The hosts put the pressure on from the set-piece, forcing the ball to ping around a crowded goalmouth. When the dust settled Diarmuid Burke had possession and let fly with a looping shot. United ’keeper Brian Blanchfield saw it late, but did well to get behind the ball as it came through a sea of bodies.

After a tepid opening 45 minutes both sides upped the tempo after the restart. Thomastown had a great chance to trouble Tullaroan when Stephen Connolly played Robert Skehan through on goal, but although just eight yards out the ball seemed to get stuck under his feet. He did manage to get a shot off, but Jason Cahill coped easily with the slightly scuffed attempt.

Tullaroan were also sharper in the second half, thanks to the introduction of Alan Carter to their attack, and could so easily have taken the lead on the hour. Gerry O’Dea did well to turn a Thomastown clearance back into the box, aiming the ball towards Aidan O’Dea. The midfielder flicked it on to Michael Brennan who, despite the tight angle, tried to chip Blanchfield, but cleared the bar from close range.

Extra-time and the possibility of penalties began to loom as the game moved towards the closing stages, but Tullaroan’s late strike forced Thomastown to rethink their strategy. Pressed into action they went with three at the back and three up top – Tullaroan, for their part, opted for five in defence as they tried to hold on to what they had.

The tactic almost paid off for Thomastown too, who went within a fraction of snatching a spectacular equaliser when Skehan flicked on Jamie O’Brien’s long 89th minute throw-in. Stephen Connolly opted for a bicycle kick and connected well, but his shot flashed wide of the mark.

Alan Meegan went closer still in injury-time, racing through a packed box to get on the end of Andy Kavanagh’s corner, but his header seared the top of the Tullaroan crossbar. 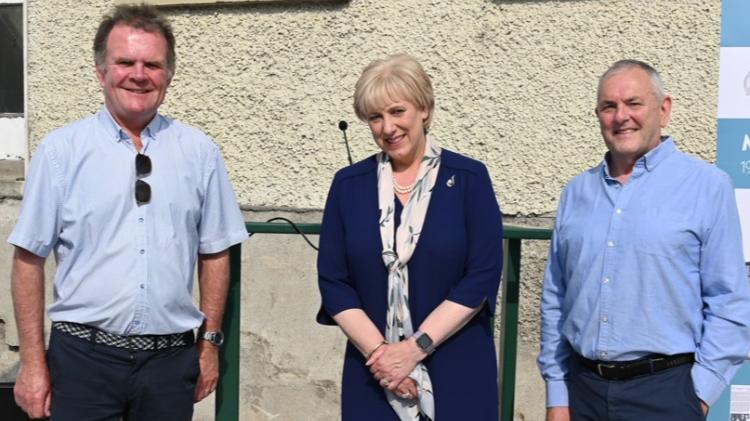