More twists and turns in the race to the top 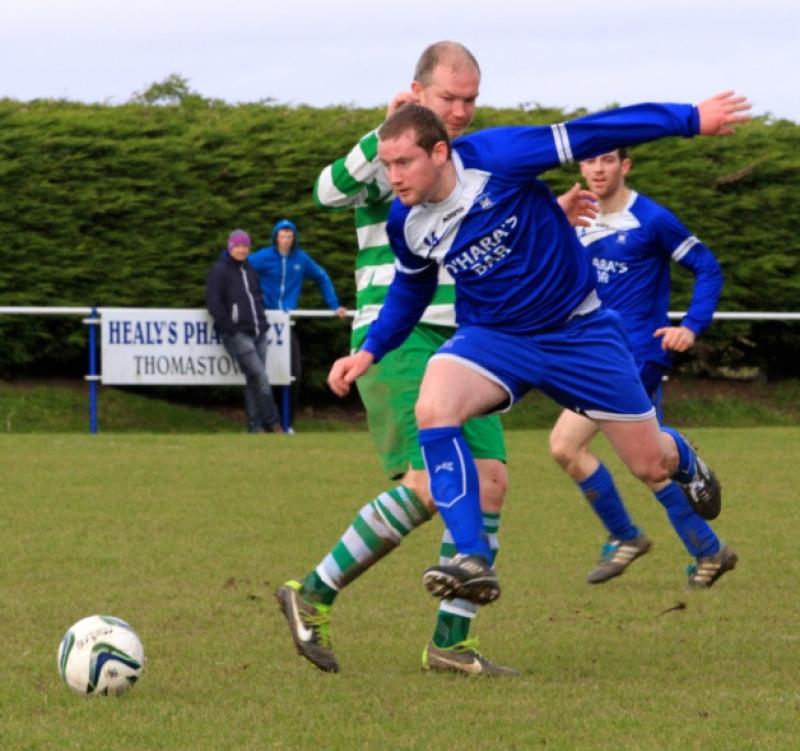 Normal service has resumed as Thomastown United A moved back into pole position in the race for the Premier Division title.

Normal service has resumed as Thomastown United A moved back into pole position in the race for the Premier Division title.

A week after seeing Newpark A overtake them at the summit, United hit top gear to grab all three points against Evergreen B.

The league leaders made a great start after a tough opening, taking just 11 minutes to go in front through Nathan Sherry. They had to withstand some pressure from the city side after that, but could breathe a little easier thanks to a solid final quarter. Mick O’Neill doubled their lead from the spot on 68 minutes after a handball, before sub Sean Brennan struck with a breakaway finish as Evergreen went chasing an equaliser.

It was a mixed day on the road for Evergreen’s two top tier sides, as the A team picked up their first league win since August.

While they are still in the hunt for Leinster and FAI Junior Cup honours it has been a wretched season domestically for the reigning champions. However, a run of four consecutive league defeats was halted with a 4-0 win over Spa United in Johnstown.

Sean Barcoe continued his run of scoring form with another strike, while two from Niall Andrews cemented their lead. A second half goal from Ciaran Snype was enough to secure the win that moves them off the bottom of the table, a position now held by Bridge United A after they lost 3-1 away to Callan United A - a result that elevates them to fourth in an ever-changing table.

Patience paid off as Newpark B got their first win of the Division One season.

It might have taken 11 attempts, but Karl Gleeson’s strike was enough to give the city side a precious 1-0 win against Brookville.

The other result from the division had consequences at the top, as Freshford Town and Thomastown United B shared the spoils in a 2-2 draw. United are now joint second with Stoneyford, level on 18 points. Freshford are still four points clear but their charge has stuttered, with three draws in their last four games.

Darragh Murphy put Rangers in front but the league leaders (’Booters were 11 points clear before kick-off) equalised through Ricky Dunne.

Paddy Kennedy made it advantage Rangers once more, but goals from Ger Hayes, and a Paddy Kiely penalty, looked like making it 10 wins in a row for ’Booters until Tommy Manogue hit an injury-time leveller for Rangers, who are now second in the table.

Elsewhere it was honours even in the city derby as Evergreen C drew 3-3 with St Mary’s, while Ger Alley and Steven Thomas struck to give the Lions B team all three points in a 2-1 win away to Bridge United B.

In Division Three Highview Athletic remain top thanks to a 2-1 win over Callan United B. Castlewarren Celtic stayed hot on their heels with a 2-0 win over St John’s, while Ballacolla beat Freshford Town B by the odd goal in seven. Mick Dunphy (2), Willie Dunphy and Shane Hanlon were on target for the Laois men, who are now third.