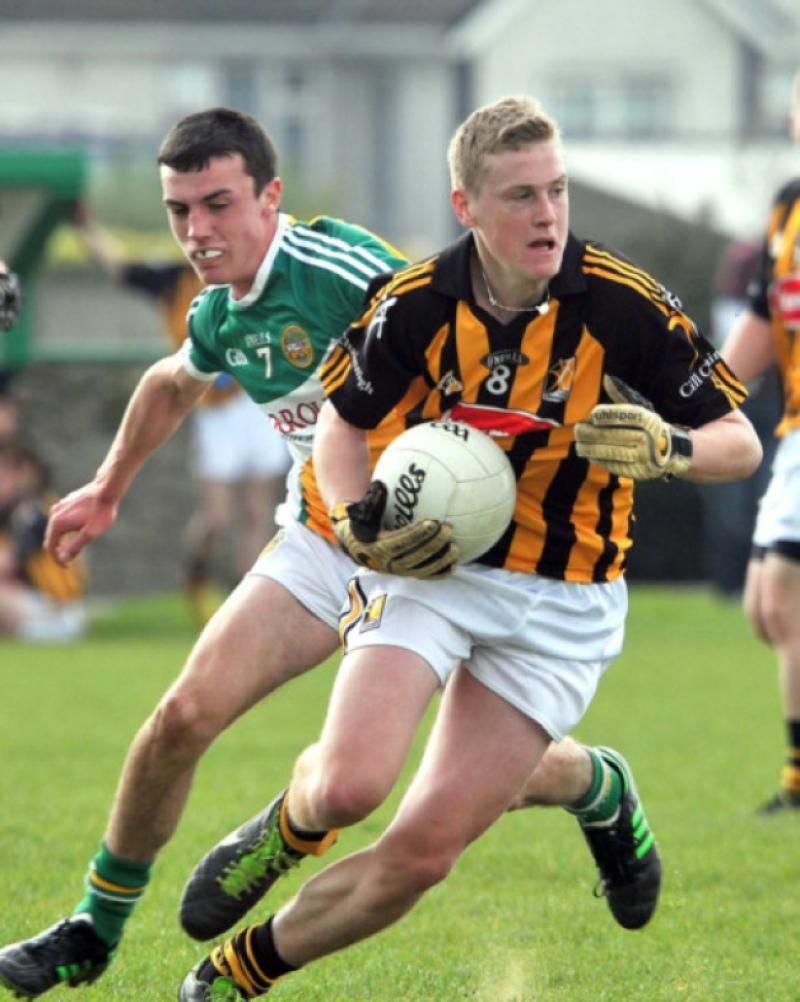 Kilkenny’s adventures in Gaelic football took another turn for the worse after their minors suffered a big beating in the Leinster championship.

Kilkenny’s adventures in Gaelic football took another turn for the worse after their minors suffered a big beating in the Leinster championship.

Having lost by 34 points (2-29 to 0-1) to Kildare last year, things got even worse for the Cats this time around as they shipped a 49-point defeat to an impressive-looking Faithful County side in Urlingford on Easter Saturday.

While they started with the wind at their backs Kilkenny didn’t get to use it, as Offaly took control from the off.

Tearing into the Cats, the visitors had five points on the board inside six minutes, captain Ruairi McNamee bagging a brace, before they raised their first green flag.

Dashing out to the left flank, McNamee won possession and flicked it on to Patrick Dunican. His teasing cross was picked up by Shane Tierney, who gave netminder Killian Dunphy no chance from point-blank range.

Tierney tormented the home defence in that first half, helping himself to 3-2 inside 30 minutes. His second came in the ninth minute, following a neat shimmy, before he lashed home a third to leave Offaly 3-8 to 0-0 up after just one quarter of play.

The remainder of the half didn’t make for comfortable reading as far as Kilkenny were concerned. With Cathal Mangan a driving force at half-back and forwards Patrick Dunican, Dillon Hyland, Tierney and McNamee all clicking into gear in seamless fashion, the Faithful County remained camped in Kilkenny territory.

The Cats did kick things up a notch as the half wore on. Cian Loy and Paul Coss led the charge from midfield, urging their side to press on, but there was little in the way of good news. Jason Shiely did open their account from a free - the score coming after some nice play by Maurice Costello, who was isolated at full-forward, and Loy and Coss - but a fourth Offaly goal, scored by Ryan Heavin, meant it was all but game over by half-time (4-14 to 0-1).

Kilkenny did double their account on the restart, Loy tapping over a free for the first score of the half, but it was all Offaly after that.

The leaders increased their winning margin with a flurry of points, Hyland grabbing half of the burst with three, before they found the net again in the 41st minute, McNamee adding the finishing touch to a cutting one-two with Dunican (5-20 to 0-2).

The winners didn’t stop there, adding a further 2-10 to their tally before the final whistle. Alan Geoghegan and Jack Egan bagged the goals, Dunican scoring the last four points of the game to book his side’s place in the quarter-finals.Kilkenny will have another game in the championship when they host Wicklow on April 30.