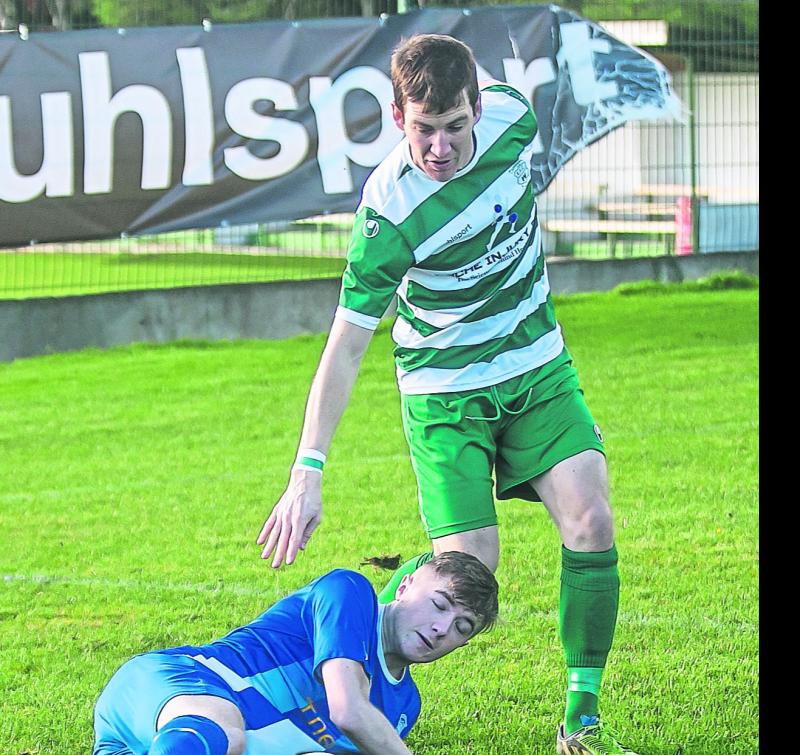 Evergreen have secured another Premier Division title and in truth it was never really in doubt with the Kilkenny City side still remaining undefeated with only a game left.

The huge difference in points at the top of the table meant Evergreen’s success was more when rather than if and true to form they showcased all their class when running out 4-0 winners away to Thomastown United on Sunday.

Along with Freebooters, Thomastown were one of the sides that briefly threatened to challenge Evergreen’s monopoly on the league but the game at the weekend illustrated the gulf in standard between the sides.

After a scoreless opening period, Evergreen soon took command with Lee Delaney breaking the deadlock at the start of the second half.

That seemed to open the floodgates for the champions-elect as Andrew Wall soon added a pair of goals. Not to be outdone, the experienced Tommy Earls rounded off the scoring with a late goal as the away side claimed a convincing 4-0 win.

As a result of Evergreen’s dominance and Newpark’s withdrawal, the Premier Division campaign has been rather skewed. There were also a number of midweek games taking place in recent days.

Freebooters’ various cup involvements meant they were on double league duty last week and it was a mixed bag of results as after they defeated Laois’s Clover United 3-1, they then had to settle for a high scoring draw against Bridge United.

Zach Bay Hammond, David Rice, Ben Maher and Andy Walsh were all on the scoresheet for Freebooters in the Clover United win while David Rice and Andy Walsh got the goals in the 2-2 draw with Bridge United in a result coupled with Evergreen’s win that ended the title race.

The other Premier Division game of the weekend saw Clover United suffer back to back defeats when going down to second from bottom Highview Athletic.

It wasn’t only Evergreen who had the sweet taste of silverware as the champions in the First Division were also confirmed.

The league title went the way of Fort Rangers who, after a hugely successful season, emerged as table toppers by a five point margin with Callan United taking the runners up spot after an eventful final day’s action saw Fort beat Evergreen B 6-0.

Knowing that a victory would guarantee the title, Fort started on the front foot and were 2-0 up after nine minutes courtesy of two sublime Emmet Nugent finishes. Spurred on, the locals kept their foot on the throttle and got their third just before half-time when Emmet capitalised on a mix up in the Evergreen defence to complete his hat trick.

The Fort dominance continued in the second half and they remained in complete control all over the pitch. Two superb strikes from free-kicks, scored by Dion Fitzpatrick and Emmet Nugent made it 5-0 before substitute Charlie Moran completed the scoring with a couple of minutes left.

Fort have had a tremendous season and can look forward to returning to the Premier Division next season with great optimism.

Later in the week, in the Junior Eamonn Maher Coach Hire Division 2 League St Canice’s sealed the title before they met Thomastown United B in the final game.