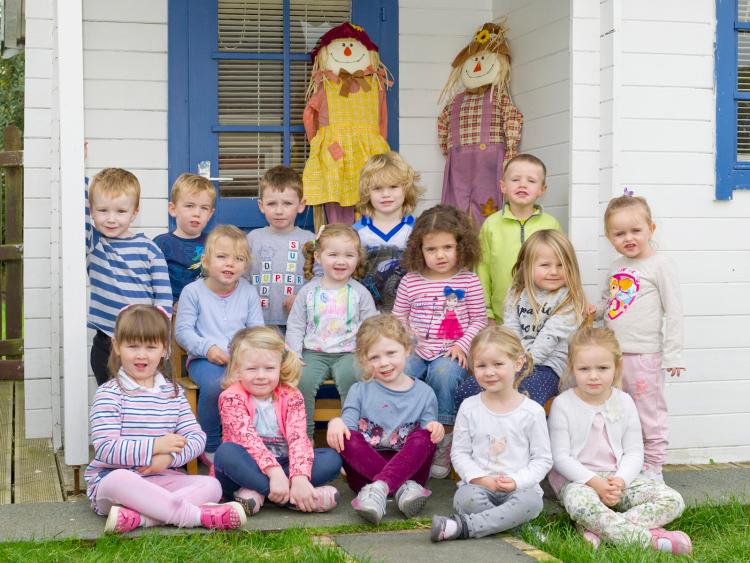 Centre this coming Friday, 9th June.  Tables are set for ten people (or can be shared) and the

cost is €10 per person.  All support welcome.

Sunday, 11th June.  As in previous years funds raised from the event are in aid of the

Registrations will take place in the Community Centre from 1.00pm and the run will

commence at the Sports Complex and follow a route to the Upper Street, Narabane,

finish at the Sports Complex.   Motorists are asked to be aware of the hundreds of

participants and to cooperate with stewards along the route.  Tea and refreshments

will be served in the Community Centre afterwards.

On Monday, 29th May, the people of Kilmacow headed to Nowlan Park, Kilkenny to

Kilmacow & St Patrick’s Strangsmills) in the final of the Cumann na mBunscoileanna.

This team had strong form, having won all 7 league games in the South section and then

quarter and semi-finals against Freshford and Clough Moneenroe.

The opponents in the final were Coon Muckalee.  It what was an excellent standard, both

teams were level at 0-2 each, with all scores from frees after 8 minutes.  Then in what was

from Coon to allow the northern team to stay in touch.  Kilmacow’s free taker Sean Dowling

was having great success for placed balls and the work and clever play of Ciaran Murray,

forwards lead by co-captains Jack O Neill and Calum Regan. Kilmacow got to half time

leading by 1-8 to 2-3, with Jack O Neill bagging the goal and Sean Dowling, David

Williams helping to keep the scoreboard ticking over. The second half started much the

ahead, only for Coon to again get a goal to keep them in touch. Best in the period were

Michael Carroll was subbed in and nipped around to cause havoc in the Coon defence.

James Walsh scored a goal from a high lob, and as they grew in confidence, Kilmacow

scored two more goals, one from an excellent Eoin Aylward pass.  As the match entered

the final quarter, Donnchadh Williams and Tadhg Connolly seemed to be everywhere,

and Fionn Walsh was working excellently when switched to the forwards. Daniel Griffin

Dunne.  It was a night to savour for parents and supporters who followed the team over

the course of the campaign.  It would only be right to acknowledge the different

coaches who assisted the players in the school over the past years including Paul O’Dwyer,

Daybreak and the Fox’s Den.

Work on the maintenance of the local graveyards in Kilmacow will continue at 3.00pm

on Saturday, 17th June at Dunkitt graveyard.   All offers of help welcome.

Please note that the Hurlers Coop (Piltown) Draw tickets are now on sale.   All support

for the club through participation in the draw would be greatly appreciated.

Sunflowers for the Hospice

Sunflowers in aid of the Hospice Movement are on sale in local retail outlets over this week.

All donations will be gratefully welcomed.

A special Mass will be celebrated in Kilmacow on Saturday, 1st July to mark the retirement

of Micheál Kavanagh, Principal, St. Senan’s National School.  Tea and refreshments will be

served afterwards in the school.

Safety measures on the N24 at Grannagh/Ballygriffin

at the junction of the N24 and the L7433 in front of The Thatch at Grannagh.  Other

New Aglish (exit onto the N24 from Roadstone).  These works will include resurfacing,

with improvements to the road-markings and other associated works. The tender for the

works was advertised on Friday last, 2nd June.  It is anticipated that, subject to TII approval,