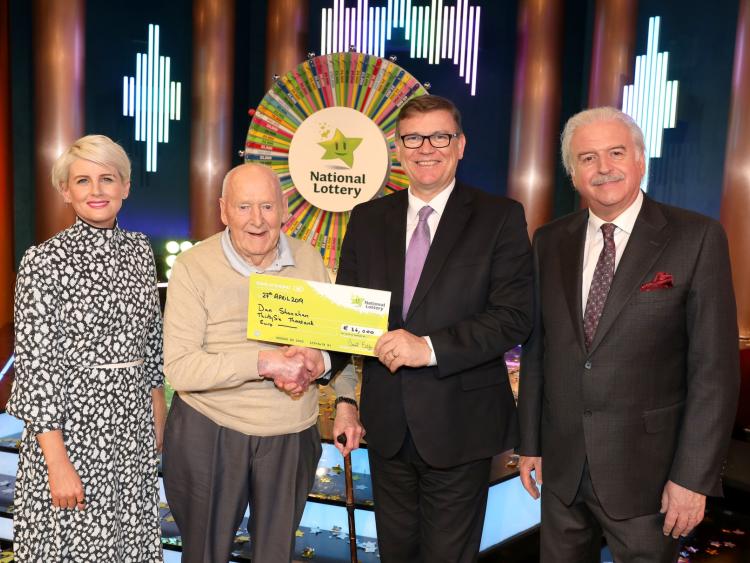 A Kilkenny man won €36,000 when he appeared on the National Lottery Winning Streak TV game show for the second time in 13 years last weekend.

He outdid his previous appearance on the RTÉ One show when he won €25,000 on the popular show back in 2006.

Dan Shanahan, from Graignamanagh, was having a chat with his fellow residents in Gahan Nursing home in Graignamanagh two Saturday’s ago while Winning Streak was on in the background. Someone had turned the sound down so he completely missed his name coming out.

It was only the next day when his nephew Michael called him to let him know the good news did he find out. Even though he was on the show before, getting on Winning Streak was still a marvellous feeling according to Dan.

Dan lives in a shared retirement living complex in Graignamanagh in Kilkenny where he has been for the past number of years. He is close to his four siblings who leave nearby, some of whom cheered him on from the RTE audience as well as his nephew Michael and other members of family and friends.

With his winnings last time round, Dan treated himself to a new car. This time around he hasn’t made any plans just yet as he will take his time to decide.

The winning ticket was bought from An Post, Lowe Street, Thomastown, Co. Kilkenny.

Winning Streak will take a week’s break due to the May Bank Holiday and will return to RTÉ One on Saturday 11th May where five more players from all over Ireland will get the chance to play for huge cash sums, holidays and cars.

Winning Streak scratch cards are available in the 5,900 National Lottery retailers all over the country, where as well as the chance to appear on the Winning Streak TV game show if you get three stars, players will also be in with a chance to win some great cash prizes up to €5,000, instantly.

The popular gameshow first appeared on our screens in September 1990 and since then more than 6,000 people have taken part, winning in excess of €170 million in prizes. Winning Streak is the second longest running game show in Europe.